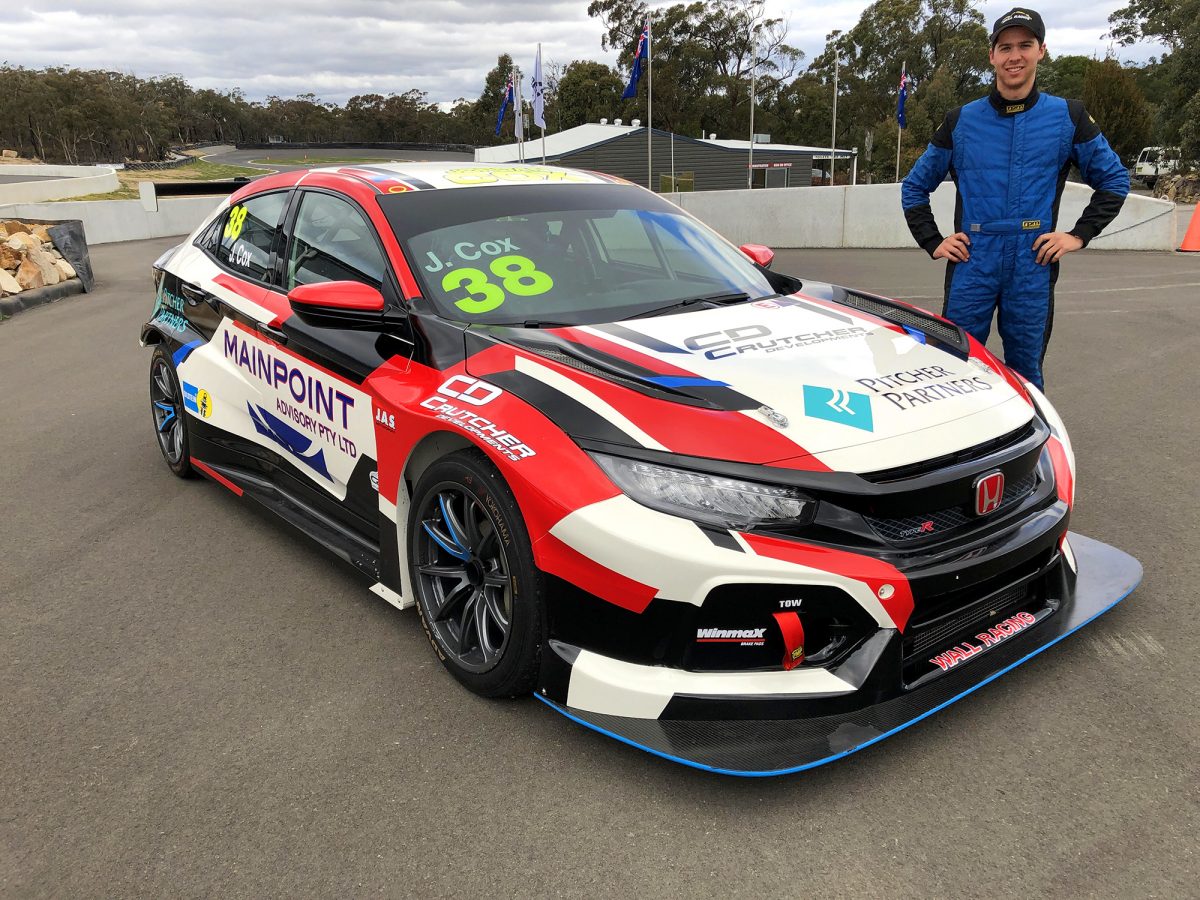 Wall Racing has taken the covers off its new Honda Civic Type R that Jordan Cox will pilot in Round 3 of TCR Australia at The Bend Motorsport Park this weekend.

The national level racer and Youtube sensation will drive one of the team’s two brand new Civics which have recently arrived in the country.

Cox will run the #38 car in the familiar red, white and black factory Honda colours with backing from Mainpoint Advisory, Crutcher Developments, Pitcher Partners and Bilstein.

The 26-year-old will join Wall Racing TCR regulars Tony D’Alberto and John Martin for what is slated as a one-off drive at the 4.95km South Australian circuit.

In preparation for the weekend, Cox and the Wall Racing team shook down its three cars at the Pheasant Wood circuit at Marulan in New South Wales en route to The Bend on Wednesday.

Wall Racing has had to conduct a chassis switch for this weekend with D’Alberto taking over the squad’s other newly purchased Civic.

Martin has been placed in D’Alberto’s old chassis while his damaged car undergoes a repair following a crash at Phillip Island.

Cox is not the only driver making a TCR debut this weekend with the grid featuring former Supercars champion and two-time Supercheap Auto Bathurst 1000 winner Russell Ingall, who will conduct a test in his Audi RS3 TCR car at Mallala today.

All three TCR Australia races will be broadcast live on SBS and via the Shannons Nationals live stream carried by Speedcafe.com.