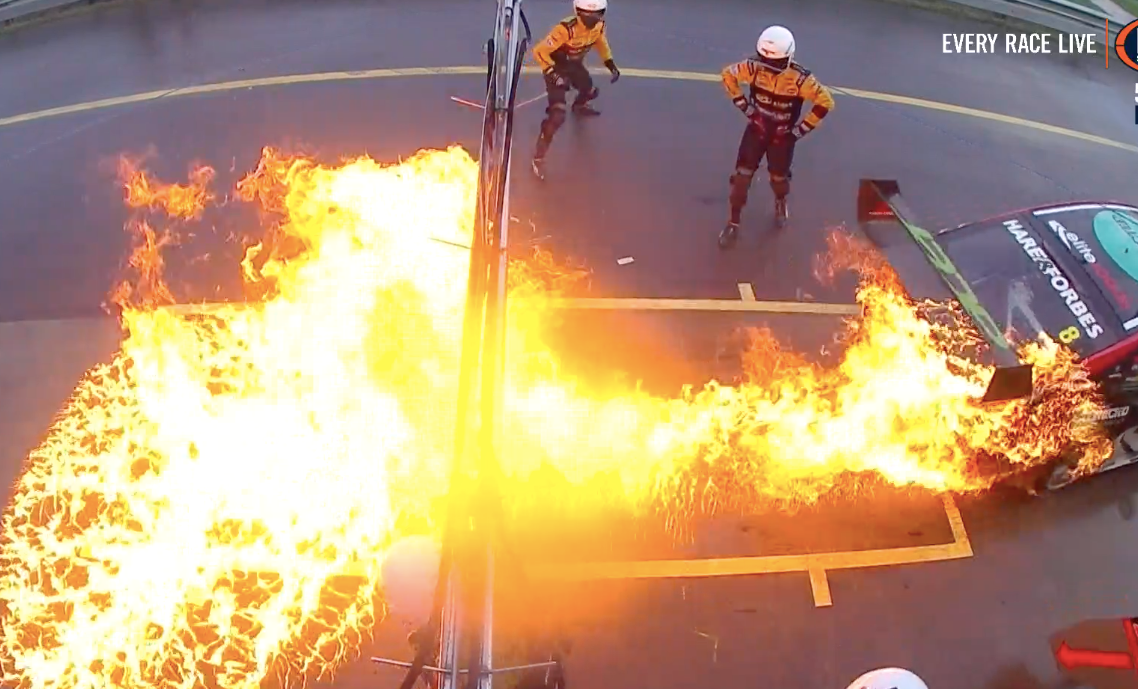 Supercars has confirmed that the investigation into the twin pit lane fires in Race 18 at the Watpac Townsville 400 is ongoing.

Fires broke out in a Brad Jones Racing pit bay and the rear of Nick Percat’s ZB Commodore due to a fuel spill during Car #8’s final pit stop.

Sunday’s final stewards report from the meeting had advised that, “The DRD has opened, but not yet concluded, an investigation into the fire that happened during the Pit Stop of Car 8 during the late part of the Race.”

Team owner Brad Jones told Speedcafe.com post-race that his crew would attempt to determine what happened when it returned to its Albury base.

“We’re just cleaning up now so we’ll have a look at it when we get home and see what’s going on, but I wouldn’t like to speculate what the problem was,” he said on Sunday evening when asked if a faulty fuel delivery hose was to blame.

“The inquiry commenced on Sunday and is ongoing,” Stuart told Supercars’ official website.

“It’s important to understand that incidents of this nature are extremely rare given the number of races that include a refuelling component.

“We’ve got a lot of evidence to work through as we try and understand why it happened and mitigate the chances of it happening again.”

No one was injured in the blazes and while Percat’s car was doused in fire retardant, by crew members from both the Red Bull Holden Racing Team and Shell V-Power Racing Team, where he had stopped at the end of pit lane, he was able to continue and finish the race in 19th position.