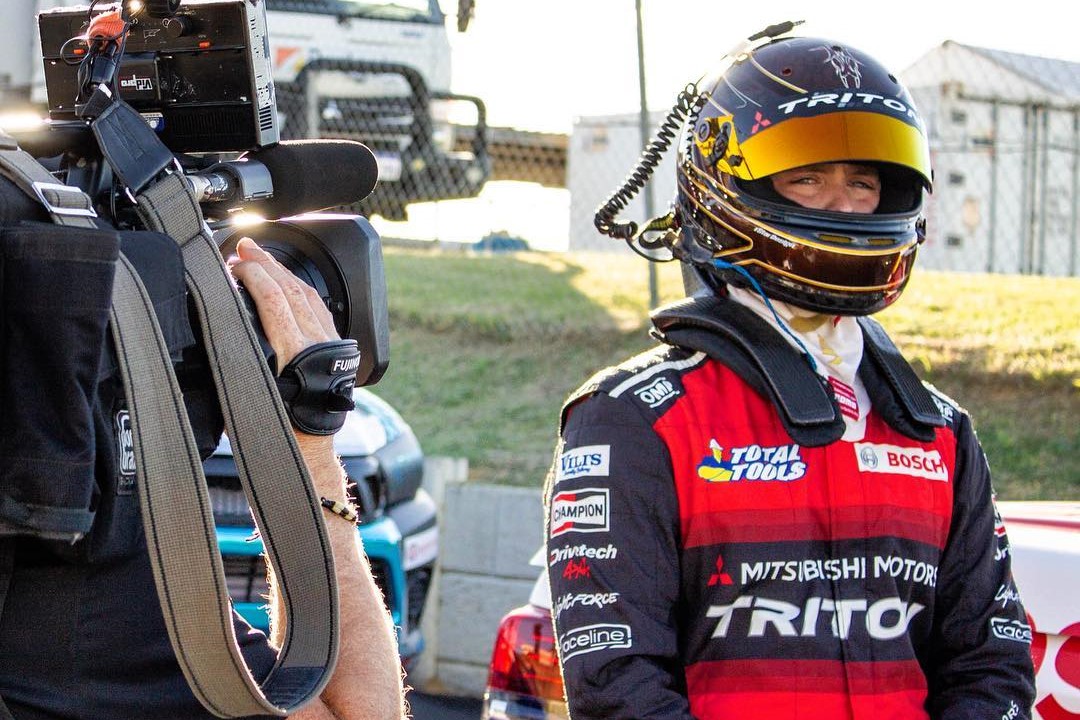 Elliot Barbour is targeting a Bathurst return after ankle surgery cost him starts in the last two ECB SuperUtes Series rounds and a genuine shot at the title.

Barbour broke the talus bone in his right ankle in a water skiing tumble but raced with the ailment in Round 2 of the season at the Pirtek Perth SuperNight, in early May, before it had been formally diagnosed.

He had been hopeful of competing in the fourth round at last weekend’s Watpac Townsville 400, which he did attend, but for now remains sidelined from driving the #78 Team Triton entry due to the short turnaround to Round 5 at the Century Batteries Ipswich SuperSprint at the end of this month.

The 28-year-old believes that he will be back in the seat when Round 6 takes place at the Supercheap Auto Bathurst 1000 in October.

“The plan was to try and be back (at Townsville) and then I spoke to the surgeon and he said it might be a little bit too soon,” Barbour told Speedcafe.com.

“Then I just decided from that point on, with Ipswich being so close to this event, I’ll sit that one out, so Bathurst will be my return to the seat, for this category anyway.

“I’ll try and so some driving and some other things hopefully before then, just to tune myself up, but should be Bathurst back in the ute.”

Barbour had in fact revealed during the Barbagallo weekend that he may have suffered the fracture, when he missed the round win on a countback, but did not feel significant discomfort due to the seating position in the Triton. 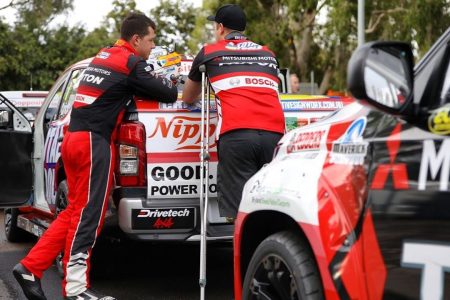 The ankle remains in a boot and while he was walking on crutches in Townsville, Barbour says that was a measure to avoid pain from putting weight on the foot.

“I’m just using the crutches this weekend because I’m obviously doing a fair bit of walking up and down pit lane, just to assist with it so it’s not too sore,” he explained in Townsville.

“Hopefully (in) three or four weeks I’ll be good to go.”

Barbour was second in the standings at the conclusion of Round 2, eight points behind Tom Alexander, and the injury has therefore cost him a realistic chance of winning the series with the Mitsubishi-backed Sieders Racing Team.

“That’s the biggest disappointment for me,” he said.

“As a driver, you work so hard to get into a position where you are a driver for a manufacturer and had a chance to win a championship, regardless of what category it’s in.

“I’m fairly disappointed that the whole thing happened because obviously we had a good chance, we were second by a small margin after Perth, and I honestly think we’ve got really good cars and I think I was a really good chance to go down to the wire with the other boys for a championship.

“It sucks but you’ve got to learn from your mistakes and hopefully we come back stronger next year.”

Cameron Crick won two races and the round in another of the Sieders/Triton cars in Townsville.

The Ipswich SuperSprint, featuring SuperUtes as well as both the Dunlop Super2 Series and Kumho Tyre Super3 Series, takes place on July 26-28 at Queensland Raceway.