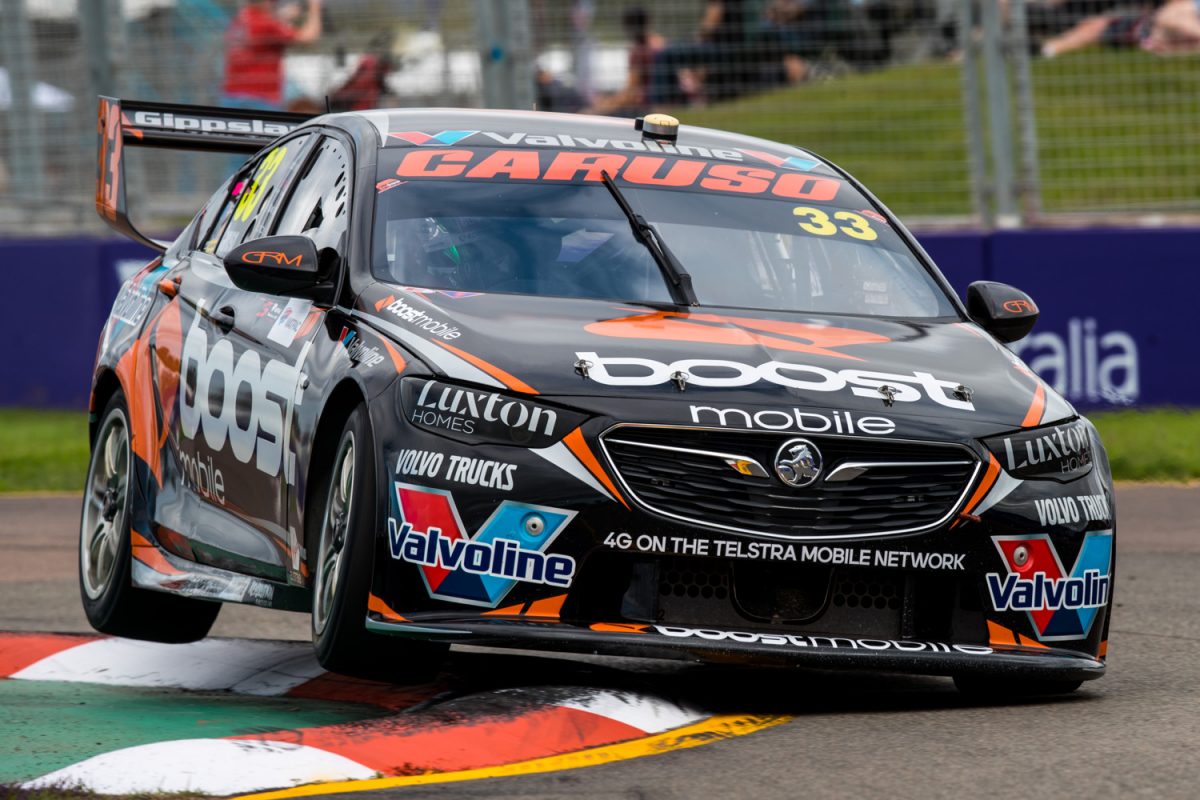 Michael Caruso filled in for Richie Stanaway at Townsville

Garry Rogers Motorsport is set to make a call on its driver line-up for the Ipswich SuperSprint and remaining 2019 rounds with Richie Stanaway unlikely to return at Queensland Raceway later this month.

Regular driver Stanaway has missed the last two events at Darwin and Townsville after pulling out of the Winton SuperSprint in May following the flare-up of an old neck injury.

The Kiwi has been recovering from the neck complaint which stems from a crash suffered in 2012.

Team director Barry Rogers says following a meeting with Stanaway this week that it is unlikely the 27-year-old will be back in the car at Ipswich later this month.

GRM installed Chris Pither to drive the #33 Boost Mobile Racing Commodore at Winton and Darwin after a recovery setback ended Stanaway’s hopes of a return at that event.

The team then sought special permission from Tickford Racing to place its co-driver Michael Caruso in the seat for the Watpac Townsville 400.

The squad is now evaluating its options for Ipswich and beyond with Stanaway set to be partnered by Pither for the Pirtek Enduro Cup.

“At this point, it will be very unlikely that he’s (Stanaway) driving at Ipswich,” Rogers told Speedcafe.com.

“He was in seeing us yesterday (Tuesday), and he’s had little setbacks and it (the recovery) moves forward and then it sets back again.

“There will be a decision made this week about what we do at Ipswich.”

“Well it’s getting very close now because after Ipswich, we have two more rounds and then the enduros,” added Rogers when pressed about what the team will do post-Ipswich.

“I would think we would have to make a call this week to be honest with you.

“We need to decide on what happens if he’s not going to be right for that (the Pirtek Enduro Cup).”

After a positive weekend in Townsville that yielded two top 10s, the team would prefer to continue with Caruso in the seat for Ipswich at least if he is available.

“Tickford were kind enough to allow him (Caruso) to drive for us at Townsville. If he was available, would we like to use him again? We would,” Rogers added.

“It would be beneficial to the team.”

Speedcafe.com expects GRM to make a final call on its driver line-up for Ipswich within the next 48 hours.