Ricciardo: Too early to think about 2020

Ricciardo: Too early to think about 2020 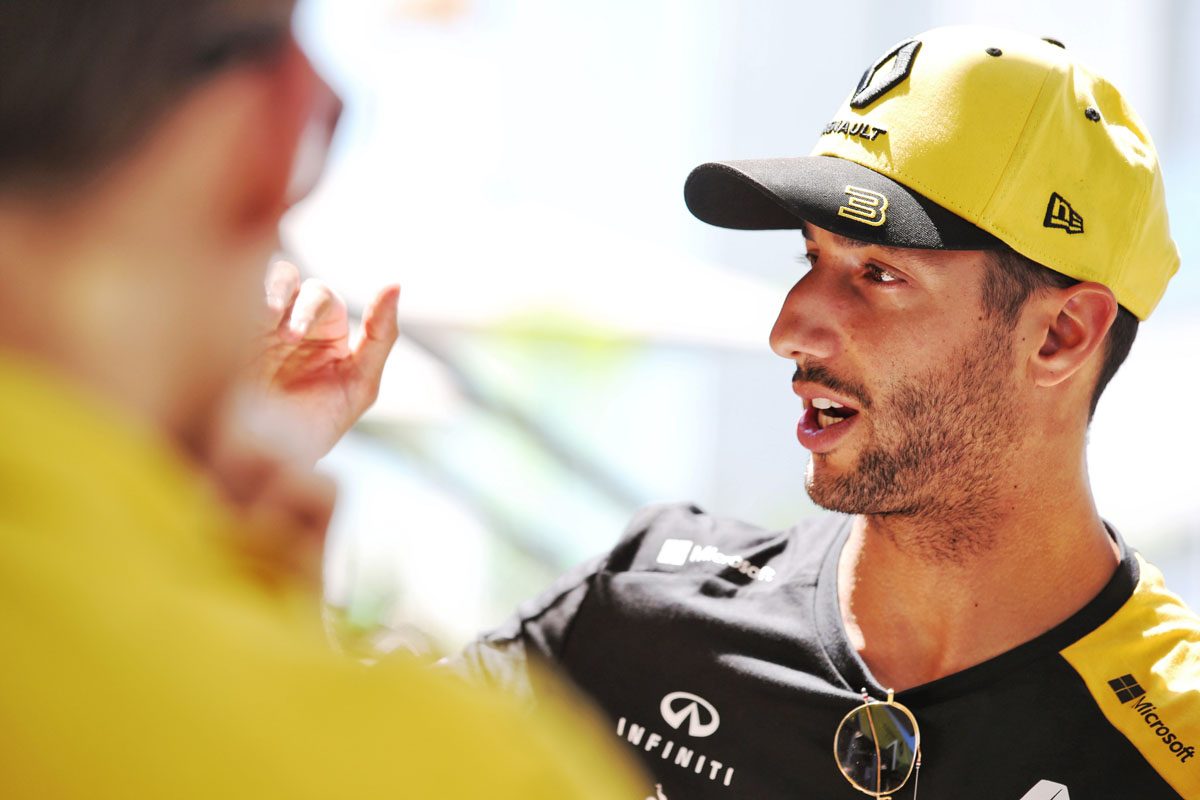 Daniel Ricciardo is focused on 2019

Daniel Ricciardo says thoughts of 2020 are premature as he remains focused on the current task of helping to drive Renault up the Formula 1 grid.

Joining the Anglo-French team at the start of the year, the shock move was one motivated by the opportunity to be part of a longer term project.

That’s seen a mixed bag of results in 2019, with a slow start to the relationship followed by some promising performances.

However, more recently the team’s form has dipped, and neither Ricciardo nor Nico Hulkenberg were able to score points at the Austrian Grand Prix last time out.

With McLaren getting both of its drivers into the top 10, and using a customer supply of Renault engines to boot, it drove home the deficiencies in the factory team’s chassis.

It also served to emhpasise the importance of Ricciardo and Hulkenberg working together to direct the team’s efforts in the short term, with the hope that the lessons learned now can be carried into the future.

“The season for me still feels like it’s starting – I know we’ve done a lot of races now, but there’s still so much more for me and the team to deliver.

“We’ve definitely got an idea of what we need to be improving; unfortunately, when we tried to address those things with the upgrade in France, it didn’t seem to tackle all of them.

“We know what we’ve gotta do. Myself and Nico are giving the same feedback on where we feel the car can be stronger and where the weaknesses lie.

“I think we’ve pinpointed it but executing it is taking a bit of time.”

While not thinking about next season, he has allowed his mind to wander to 2021, where a new regulation set is hoped to shake up the sport.

Such has been the focus on the new rules that their publication has been delayed, while Lewis Hamilton has revealed that he’s been involved in meetings as they look to finalise the rule set.

The intent is to create closer racing with a more balanced field from front to back, ideas Ricciardo is onboard with and hoping to participate in formulating through the Grand Prix Drivers’ Association.

“Us drivers are definitely trying to have an input and I think we are now – the most that we’ve been together in a long time,” he said.

“I think it’s grown the last few years. It used to be quite separated; in the last three years, thanks to the GPDA and all that, it’s got a lot better.

“I don’t think it’s going to turn on its head, but I think we can definitely make some improvements. We all want the same thing, we want to be able to race harder and closer, and hopefully we can find a way.

“They’re certainly open-minded – I think that helps,” he added when asked about the direction Liberty Media is taking the sport.

“They’re happy to listen to us more than anything.

“They’re trying to understand the direction as well – it’s all new for them.”