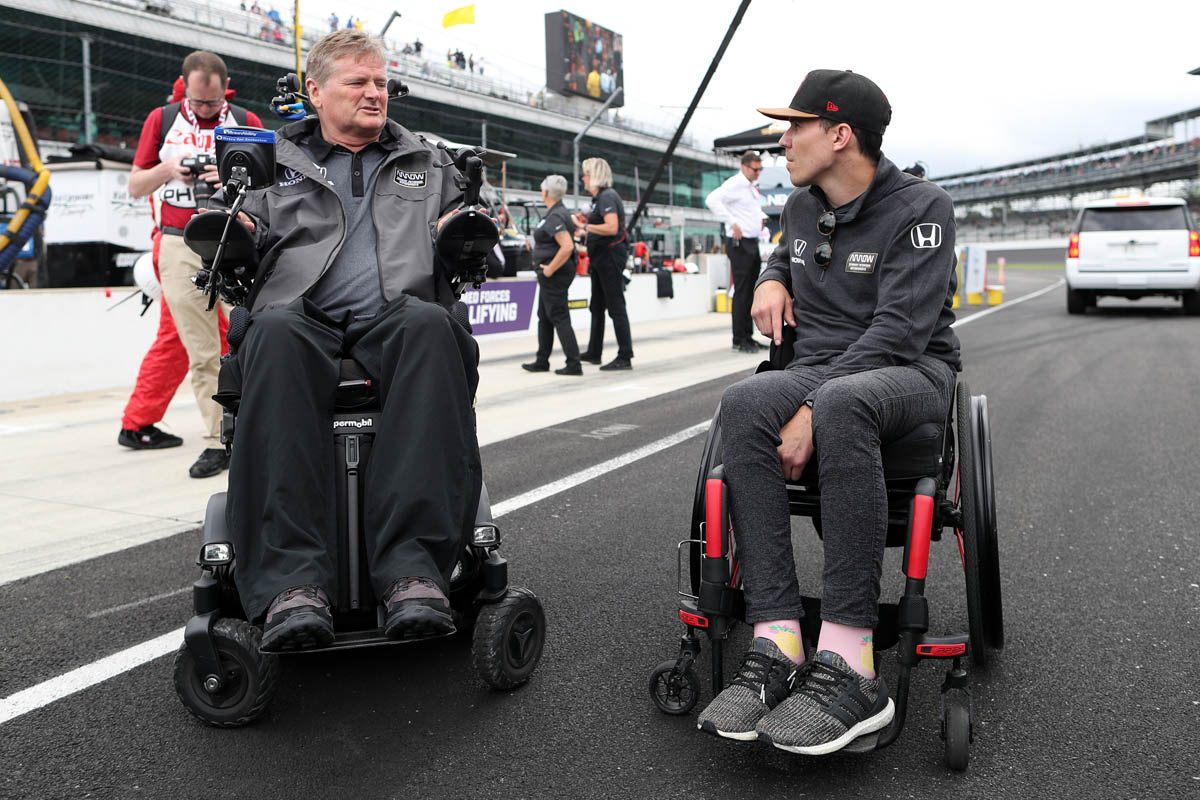 Robert Wickens is set to drive the Pace Car with hand operated throttle and brake during this weekend’s IndyCar visit to Toronto.

The Canadian suffered spinal cord injuries last August after a heavy crash at Pocono Raceway and has been documenting his recovery on social media.

Making the announcement on Monday, Wickens revealed he would drive an Acura NSX equipped with hand controls, fitted by Arrow, around the Exhibition Place circuit.

It will be his first public appearance back behind the wheel since the crash last August.

“Basically, I get to be pole position for the race – kinda – which is a blast,” joked the 30-year-old.

“I’m just so excited. I can’t wait to get a helmet on (and) go around in an amazing car.”

Wickens was born an hour from Toronto, and will be joined in the car by fiancée, Karli.

Arrow sponsors Schmidt Peterson Motorsports, the team Wickens raced for prior to his crash.

The car Wickens is set to drive will feature a ring on one side of the steering wheel for the throttle, and a paddle on the other side for the brake.

The opportunity came about following a meeting at the opening IndyCar event of the season, with collaboration from Arrow and Honda Performance Development, which makes the Acura NSX, and the SPM team.