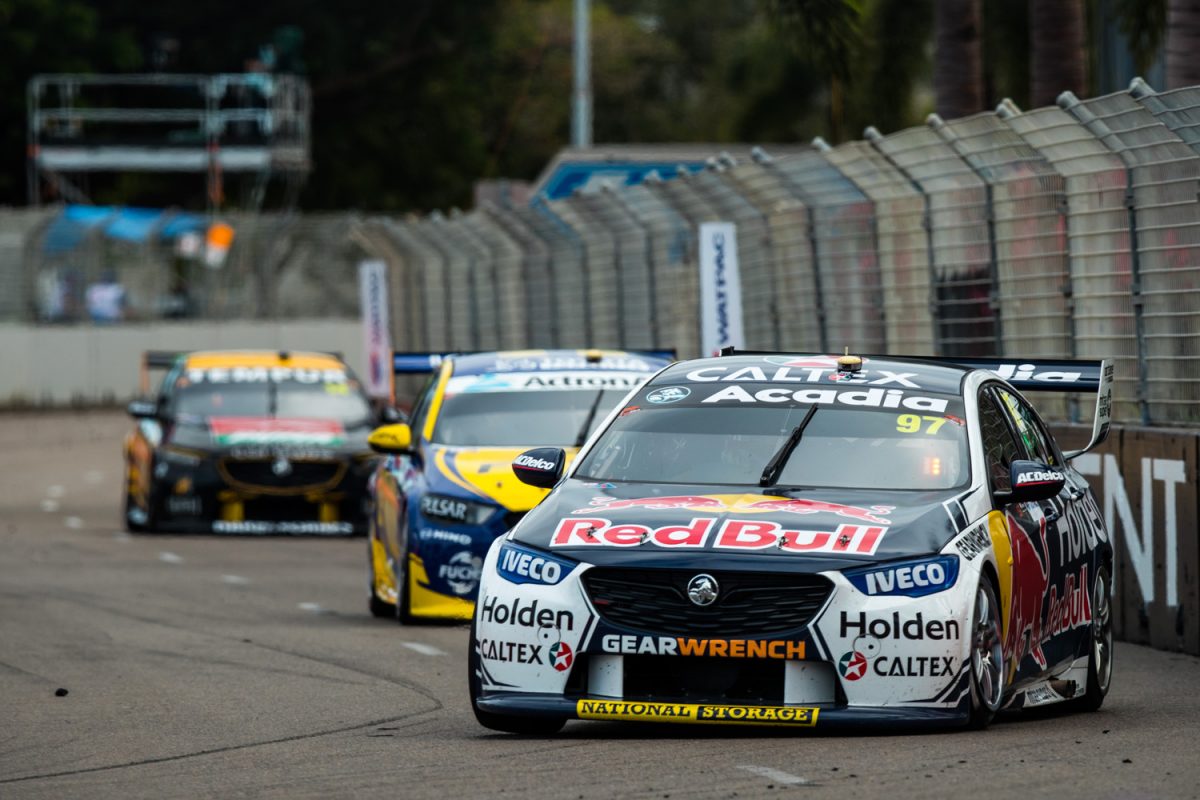 Holden homologation team Triple Eight has described Supercars’ move to make a centre of gravity change across the three models on the grid as a ‘smart decision’.

The championship has signed off on a move to lower the CoG on the Ford, Holden and Nissan through a redistribution of ballast that maintains the current CoG parity.

It is the fourth time the category has made adjustments as it searches to achieve parity.

Centre of gravity has been a bone of contention this season with changes levied after it was found that the Mustang had an advantage following a test involving 10 cars after the Albert Park round.

Supercars mandated that 28kg of ballast was moved to the roof of the Ford Mustang with 6.8kg repositioned on the Holden Commodore, while the Nissan Altima went unchanged.

Further analysis using a more refined CAD (Computer Aided Design) process has now prompted further changes, with the 6.8kg of ballast removed from the roof of the Commodore and nine of the 28kg taken away from the Mustang.

The Mustang will run steel beams in place of the 9kg of removed ballast.

Meanwhile, ballast on the top of the Altima engine has been moved to the sump.

“It’s a really smart decision,” said Dutton when asked of the changes by Speedcafe.com.

“Well there’s always something because you know now the Nissan’s moving it (ballast) from the slightly more forward point, but the really good thing is the first (CoG) test we did was a physical test.

“You sort of flip the car on its side and try and roll it over.

“The next one (test) to back all that up was the actual mathematics, doing the numbers, crunching the numbers, putting all the panel weights in, and they all align which is full credit to everyone.

“But that also gave you the confidence, by you I meant the category, to say ‘Hang on, we can calculate what it’s going to do moving those weights’.

“And while they’re not moved all perfectly in the exact same part, and the good thing is they spoke to different teams, us included, and said ‘What do you think that will do to the handling of the car?’ and we said, ‘Not enough (of a change) but it’ll do something’.

“Without testing it for sure, you don’t know how much, but our best knowledgeable simulations show definitely not enough of a change to outweigh the good of the cars removing the ballast.

“So I think it’s a really, really smart move by the category.”

Dutton added that it was a positive decision from the category to remove weight from the roof line of cars.

“Supercars has taken the opportunity to say, ‘well you never want ballast in the roof, so if we let the Nissans drop some of their ballast to lower their (centre of gravity), then the Holdens can remove all of theirs and be equal,” he added.

“To remain equal, because we’re equal up (in the roofline), if the Nissans drop their CoG height to a lower level, we drop ours to match and the Mustangs drops theirs to match.

“The Mustangs won’t lose all of their ballast because it’s got so much ballast, but the good thing is the Nissan doesn’t have any (in the roof) anyway, and it will bring the Holden down to none, so that’s good.

“The most cars out there are Holdens, so it’s good to not have ballast in the roof if you don’t need it. Then the Fords will reduce the amount (in the roof).”

The changes will take effect at the Century Batteries Ipswich SuperSprint from July 26-28.