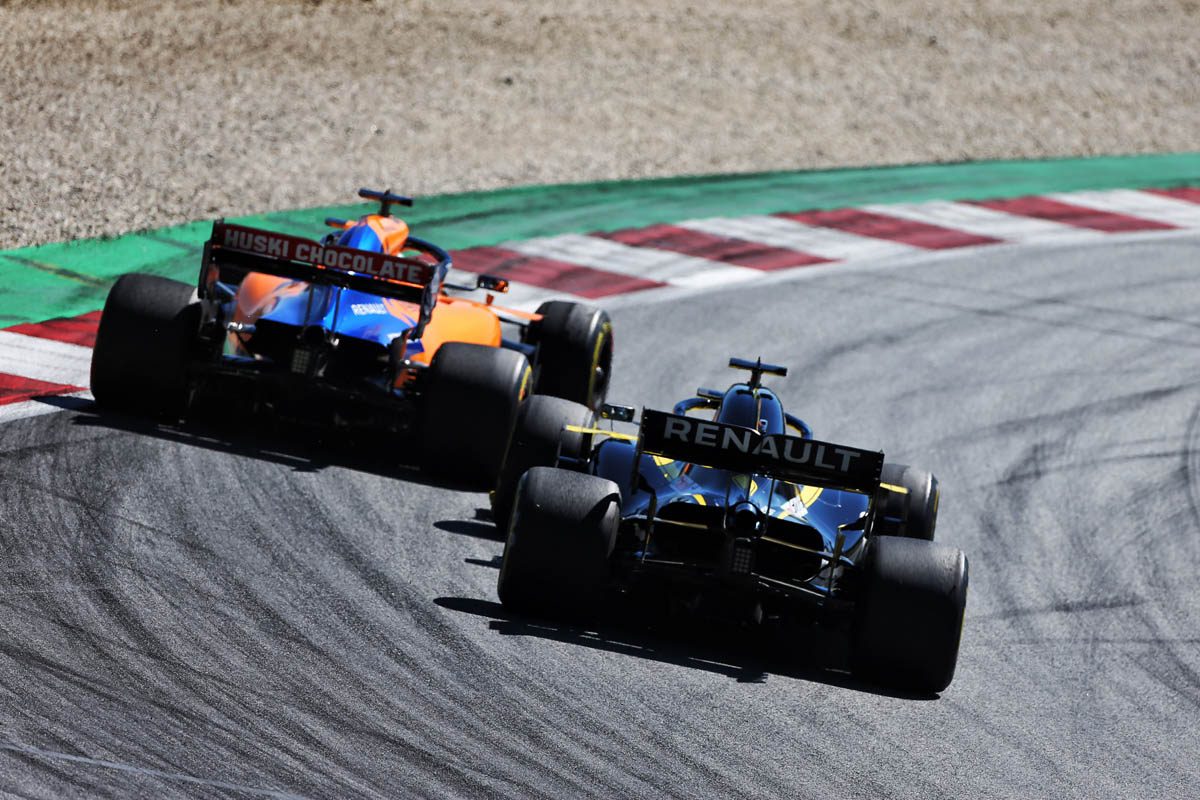 Daniel Ricciardo believes Renault should look to towards engine customer McLaren when it comes to defining the package the team is looking to develop.

Rubbing salt into the wound was Carlos Sainz’s performance, the Spaniard climbing from 19th on the grid to finish eighth.

Of the two Renaults, Ricciardo was the first to the line in 12th, one spot up on team-mate Nico Hulkenberg.

The result came off the back of a promising weekend in France, only for penalties to send Ricciardo home without points, and consecutive points results for the Aussie in Monaco and Canada.

In Austria however, the team struggled, leaving Ricciardo to suggest there was something fundamentally wrong with his car.

Heading towards the British Grand Prix this weekend, the 30-year-old suggests Renault should now set its sights on McLaren.

“Looking at the McLarens, they certainly look the benchmark now and they’ve really come on and they’re the ones with the kind of package we’re looking for,” explained Ricciardo.

“They’re able to run more downforce and more efficiently so they can run high downforce yet lose less in the straights.

“It seems like our package when we do run more we don’t seem to be able to use it well. So that’s something.

“Whether that goes back to correlation in the wind tunnel, all these things, I guess all that’s going to be addressed and try to figure it out.

“Something isn’t adding up and I know the team has invested a lot and I guess the value for money is not coming yet.

After a slow start, Renault is fifth in the contructors’ championship with 32 points, 20 behind McLaren in fourth and 10 clear of Alfa Romeo in sixth.

Formula 1 moves to Silverstone this weekend for the British Grand Prix, a home event for Renault which is based about 30 miles from the circuit in Enstone.

The weekend’s action begins with practice on Friday, from 1900 AEST.