Miller on track for ‘main goal’ heading into summer break

Miller on track for ‘main goal’ heading into summer break 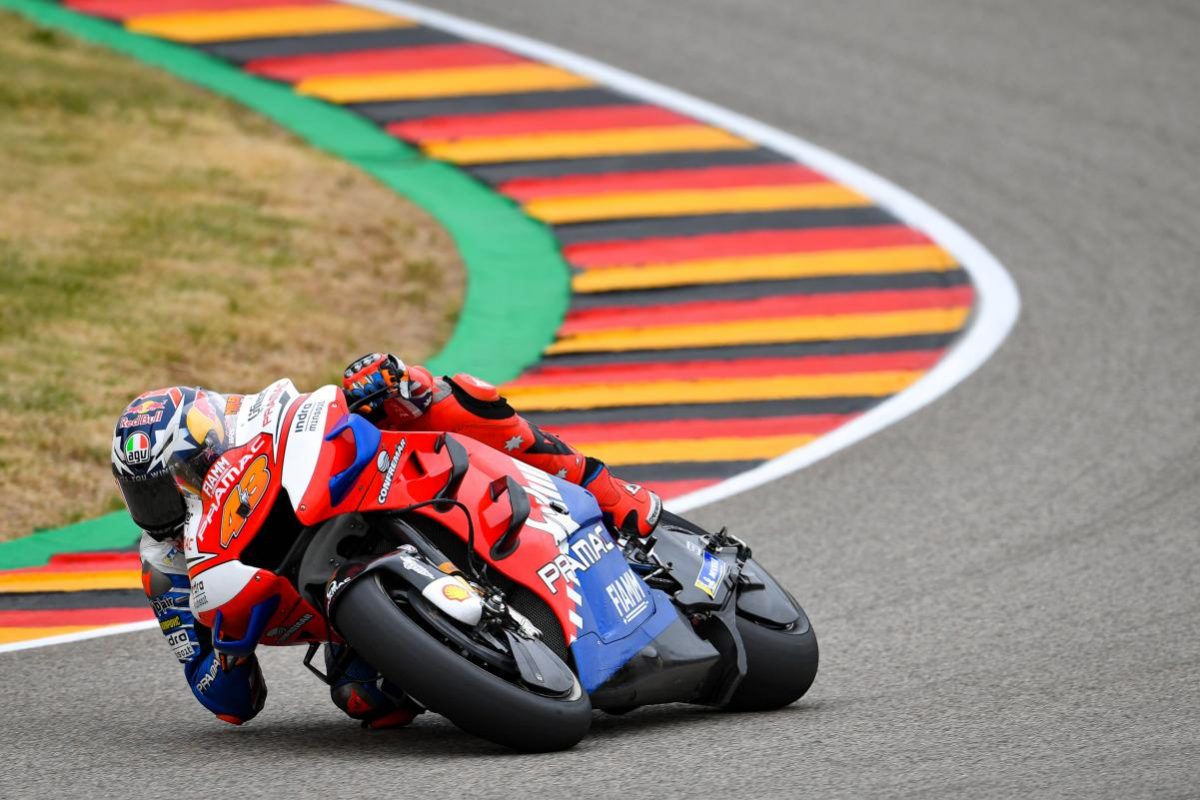 Jack Miller is back in position to achieve his ‘main goal’ for the season by reclaiming the mantle as the championship’s leading Independent Team rider in the German MotoGP.

Castrol LCR Honda’s Cal Crutchlow finished on the podium at the Sachsenring but Fabio Quartararo, the previously highest placed Independent rider in the standings, crashed his Petronas SRT Yamaha early in the piece.

Miller finished sixth on his Pramac Ducati and moved up a position to seventh in the championship, where he now sits three points ahead of both Quartararo and Crutchlow, who are tied on 67 points.

It also continued his record in 2019 of finishing in the top 10 whenever he has indeed finished the race, although he has been a DNF in three of the nine to date.

“Now we’re back at the top of the Independent championship,” observed Miller.

“That’s the main goal for this season and it’s nice to go into the summer break leading that, even if it is only by three points over Crutch and Fabio.

“Consistency is going to be the key to (winning) that I think and three DNFs in the first half of the season is not the way I would have liked to have started the year, but it’s nice to end on a positive note like this.

“The last couple of grands prix haven’t been the easiest for us so to come away with a sixth (in Germany), when only one guy crashed out ahead, I’ll take it.

“This is not particularly a track that the Ducati works well around and we all finished within half a second, we were bumper-to-bumper over the line. So I think we all did the maximum we could.”

The three Desmosedici GP19s in the field were in fact covered by 0.259s at the chequered flag, with the factory Mission Winnow Ducati riders Danilo Petrucci and Andrea Dovizioso fourth and fifth respectively.

Miller jumped from fifth on the grid, having outqualified both Petrucci and Dovizioso, to third in the opening corners but was destined to struggle on a track which is not favourable to the Ducatis.

The 24-year-old ‘gambled’ on a soft compound Michelin rear tyre, which proved to be less optimal than the hard Michelin rears that the Italians immediately in front of him were on, and did not want to fight his factory counterparts.

“I wanted a little bit more but it is what it is, today we did the maximum of what I feel we had,” explained Miller.

“We tried something different, a little bit of a gamble, it didn’t really work out for us but we need to try these things being a satellite bike.

“We were the first person home on a soft tyre and I was just riding to manage that tyre the whole race.

“I was saving the tyre especially down through Turns 6 and 7, trying not to spin there. That’s where I was losing the most time but I was able to catch a lot of it back in the rolling corners, like Turns 1 and 2, that sort of area.

“But I was just losing a lot in acceleration down there because you couldn’t really put any force through the tyre, because it would overheat that left side.

“With the cooler temperatures today I just thought I’d try something different. It wasn’t ideal but we made it work.

“I probably could have put a few moves on towards the end of the race, but I just wanted to bring it home, not T-Bone anyone or crash out.”

Michele Pirro is set to test for Ducati at Misano on July 16-18, while competitive action resumes with the Czech MotoGP at Brno on August 2-4.