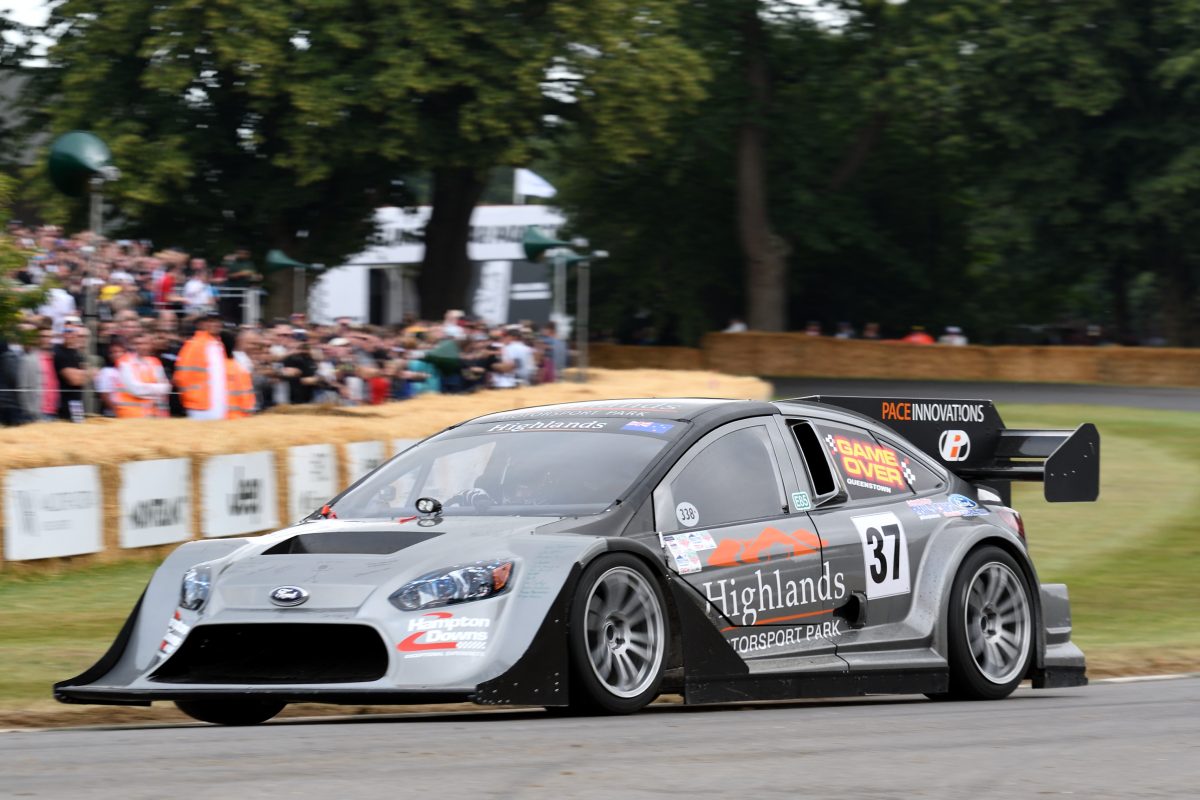 Tony Quinn took part in the Goodwood Festival of Speed as the precursor to a busy few weeks culminating in an outing in the British GT Championship at Spa-Francorchamps.

By the time Quinn gets to Spa later this month, his warm-up will have included a top nine finish at Goodwood, some demonstration laps in a Michael Schumacher Formula 1 Benetton, a one-day rally in Ireland, and an unsavoury experience on a simulator.

At Spa, Quinn will share a brand-new Aston Martin Vantage GT3 with factory driver Darren Turner, with the car prepared by M2 Competition.

While there, he also drove the Benetton B191 in which Michael Schumacher scored his first world championship points as part of a demonstration celebrating the German’s career.

Quinn owns the car, which is normally housed at his Highlands Motorsport Park motorsport facility on New Zealand’s South Island.

Before heading to Goodwood, he spent time in a simulator in an effort to to get him accustomed to the Spa layout, but the familiarisation session failed to net its desired results.

“Darren asked me how many times I had been to Spa and I said, ‘Mate, I don’t even know where it is’,” Quinn told Speedcafe.com.

“He suggested that we get in some simulator time and he organised for us to get on this cool rig with all these screens and stuff.

“Within in three laps I was throwing up. I just couldn’t handle the motion of the thing.

“So probably being sick after a couple of laps on a sim is not the best preparation, but this whole thing will be a learning experience for me and having a co-driver the calibre of Darren will help.

“It is one of those iconic tracks and the event will be a real bucket list thing for me.”

Quinn owned and raced in Australian GT before selling the category management agreement to Jim Manolios in 2018.

He has also made appearances at Pikes Peak, the Dubai 24 Hour and 24 Hours of Nürburgring.

Having first visited Goodwood as a spectator five years ago, Quinn decided to return when offered the opportunity to run the Benetton up Lord March’s famous driveway.

“If we were going to come all this way I thought we might as well see what else we could do while over here,” explained Quinn.

“The whole Goodwood event was a fantastic experience.

“The hill climb car is just a brute of a thing. When you drive it you just think, ‘Holy shit’.

“To take our car there, make the top 20 shootout and then finish ninth in that company and in those conditions was pretty satisfying.”

Quinn will this weekend drive an older Polo S2000 in a one-day rally in Sligo, Ireland before heading to Spa.

“It (the rally) should be a bit of fun. I like the Irish,” said Quinn.

“At least I know I won’t be throwing up.”

There’s more rallying to come too, with mechanic, Harry Forrester, having been at M-Sport this week sorting a new R5 Ford Fiesta for future outings.

The British GT event runs over the July 20-21 weekend, a week prior to the fabled 24-hour race on the same circuit.