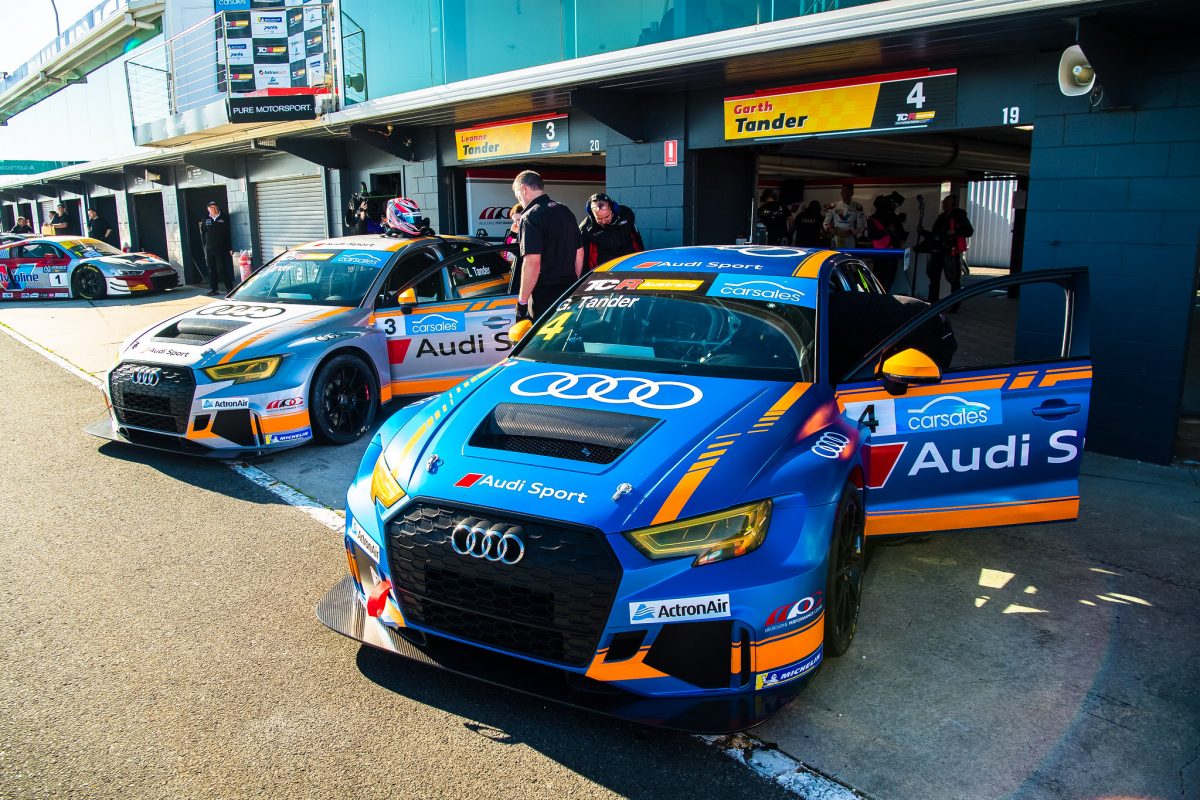 Garth and Leanne Tander will make a return to the TCR Australia grid in Round 3 at The Bend Motorsport Park this weekend.

The husband and wife made their TCR debuts at Phillip Island last month in what was expected to be a one-off drive in a pair of brand new Audi RS3s for Melbourne Performance Centre.

However, the duo has been given a second opportunity with the squad at the 4.95km South Australian circuit.

Garth, the 2007 Supercars champion and a three-time Supercheap Auto Bathurst 1000 winner, impressed on his debut in front wheel drive touring cars by scoring top five results in two of the three races.

The couple created headlines when they collided in a multiple car clash in Race 2.

“At Phillip Island, I feel that we didn’t realise the potential of the car, especially in qualifying,“ said Garth Tander, who will also be racing in Australian GT this weekend.

“We didn’t qualify where we really needed and that put us amongst the mid-pack.

“There were some cool battles along the way, and some really great racing, but it wasn’t until the last race that I felt like we maximised the car.

“I know The Bend circuit really well because I raced there last year – both in Australian GT and the Supercars round.

“I feel that the TCR cars will suit the track quite well. The TCR Audi will have more corning speed than the Supercar, but compared to the GT car, it doesn’t have the braking capabilities, so it’s going to be a really nice compromise.

“The big long front straight will make slip streaming very interesting. I reckon they’ll be some big passing moves at Turn 1. And the fast section over the back will be exciting – the triple right hander will mean there’ll be a lot of action there.”

Having been impressed by TCR machinery, Leanne has been working hard to land another drive in the category and is eager to impress again.

“I’m excited to get another opportunity in TCR because at Phillip Island, there was a lot of potential that I just couldn’t maximum,” said Leanne Tander.

“I didn’t get the most out of my car in qualifying, so that will be my main focus to get the ball rolling for the weekend.

“I’ve been working hard behind the scenes to get more drives in TCR. My focus has been on putting together a full program for next year, so to get these extra laps this weekend is very valuable for the future.”

The series will contest three races this weekend with all the action broadcast live on SBS and via the Shannons Nationals live stream carried by Speedcafe.com.