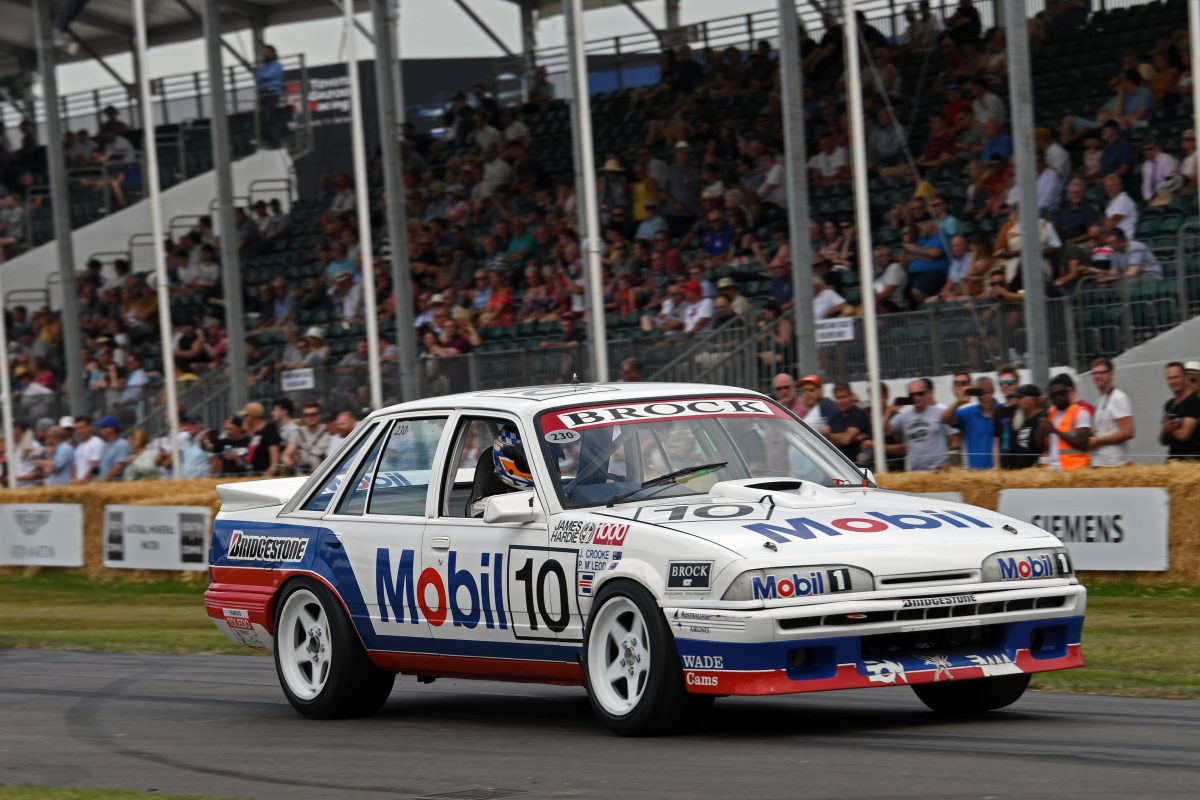 American-based Australian solar magnate and successful GT racer, Kenny Habul, who now owns the car, shipped it to the United Kingdom and drove it himself on the famous hill climb run.

He was one of several competitors with Australian ties on-track, including Tony Quinn in an original Michael Schumacher F1 Benetton, David Brabham in his Brabham Automotive BT62, and five-time world 500cc champion Mick Doohan.

It was the first time the Brock car had been driven since a complete nut and bolt restoration by one of the car’s original mechanics, Stefan Zelenak, at Habul’s base in North Carolina. 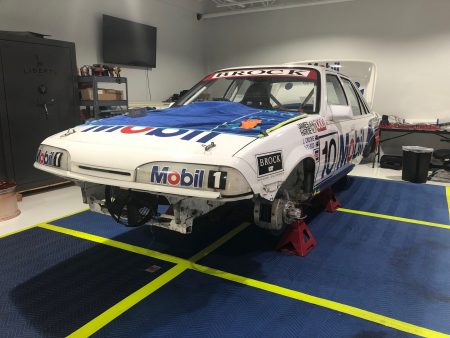 The Commodore pictured during its restoration

“The attention the car has drawn has been pretty amazing,” Zelenak told Speedcafe.com.

“The young kids think it is cool and anyone with an Australian accent just understands the importance of the car.”

Habul was once himself a junior employee at Brock’s team in Melbourne and had a real affinity with the Australian motorsport icon.

Business success has allowed Habul to pursue his own racing career and develop his own personal car collection.

Until 2017, his pride and joy was one of only 12 HDT VL Director Commodore road cars that were controversially launched by Peter Brock in 1987, a decision that effectively severed the long-term relationship between the Bathurst legend and Holden.

That car sits in the foyer of his Mooresville office in North Carolina, but in 2017 it was replaced as his sentimental favourite when he secured the #10 1987 Mobil Commodore from Queensland collector David Bowden.

It was in the 1987 race that Brock controversially switched entries mid-race after his #05 Commodore expired with mechanical problems.

A pair of Eggenberger Ford Sierras from Europe actually crossed the line one-two, but protests were upheld about illegal front wheel arches and Brock, David Parsons, and Peter McLeod were awarded the win some months later.

“During a break from university I moved to Melbourne to try my luck at a few things, but I always had a passion for racing and I bought and sold all types of things to get a budget together to get a ride,” said Habul.

“I ended up working with Brock at Advantage Racing and it was a like a dream come true for me even though I was just sweeping the floors and cleaning the wheels.

“That car that won the 1987 race was my favourite race car of all time and to now have it in my collection is a bit surreal really.”

CLICK HERE for more images from the Goodwood Festival of Speed.