POLL: Who impressed you the most in Townsville?

POLL: Who impressed you the most in Townsville?

The Watpac Townsville 400 saw four different drivers collectively take the two race wins and two Armor All Pole Positions, but there were several other meritorious performances.

Both pole-sitters were first-timers in 2019, one driver joked in a press conference that he had forgotten how to find them having not been in one for so long, and some youngsters bolstered their reputations as rising stars.

Speedcafe.com wants to know who impressed you the most in this week’s Pirtek Poll. 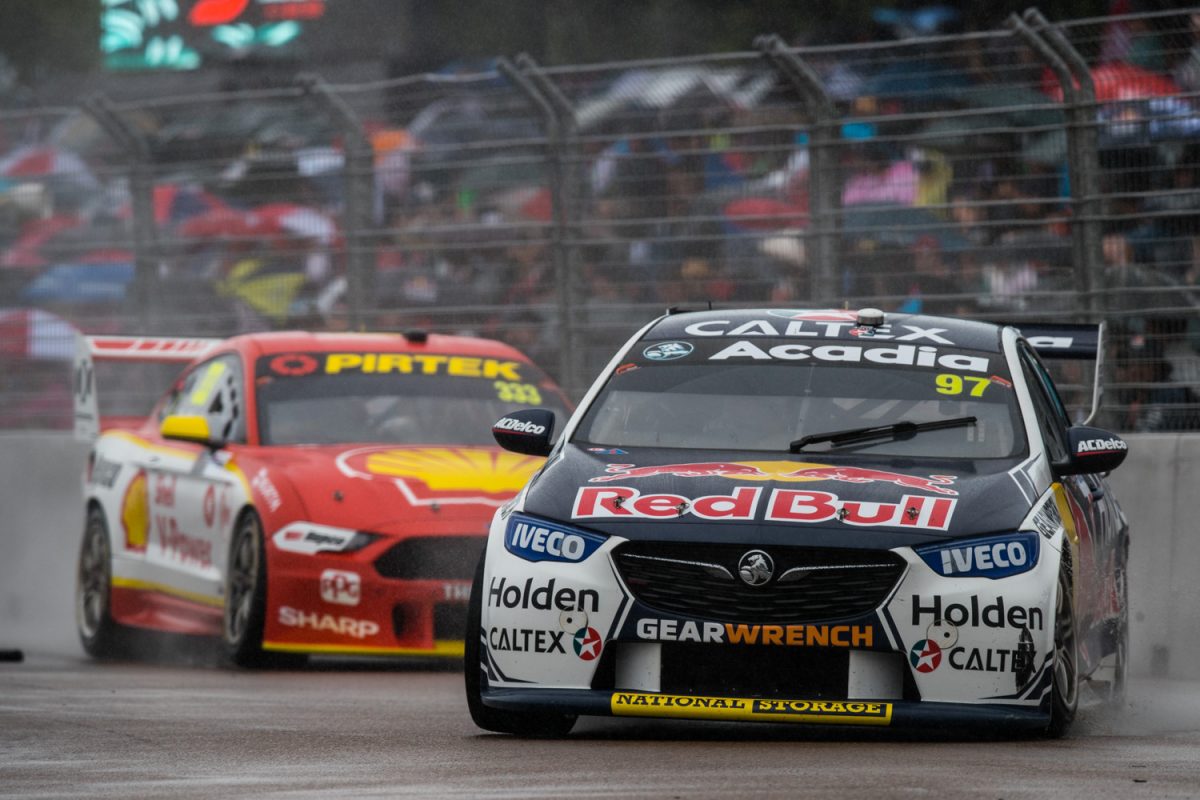 Shane van Gisbergen was the unofficial ‘round winner’ in Townsville, the highlight being his drive to victory in Sunday’s Race 18.

The 2016 champion admitted to being ‘bullied’ during his middle stint but redeemed himself with an assured drive and a crucial on-track move on Fabian Coulthard, unseen on live television, taking advantage of a well-executed strategy by Triple Eight Race Engineering. 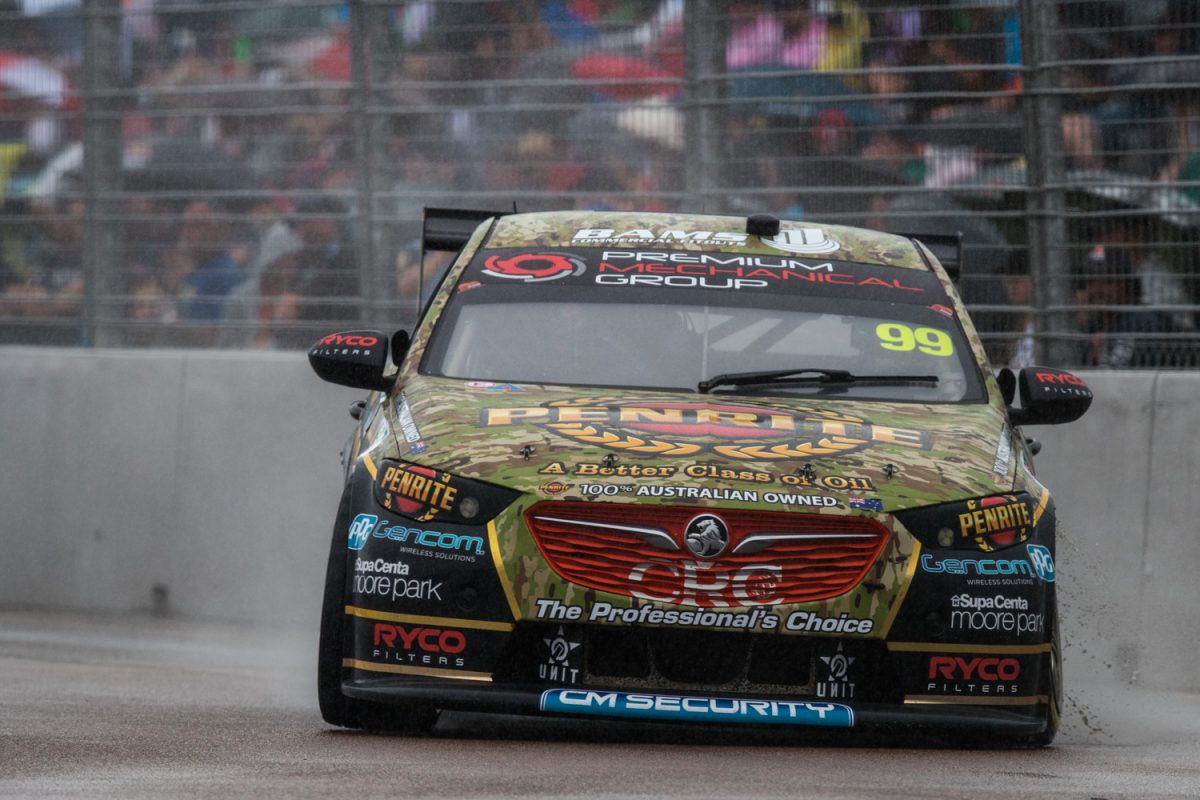 Anton De Pasquale led almost half of Sunday’s rainy affair after Erebus opted to put the 23-year-old on wets during the first Safety Car period.

Car #99 still needed to take on fuel when De Pasquale assumed top spot, but at one point he was as little as two or three seconds away from being able to pit again and retain the lead.

He did blot his copybook in twice running long, but still achieved a career second-best result. 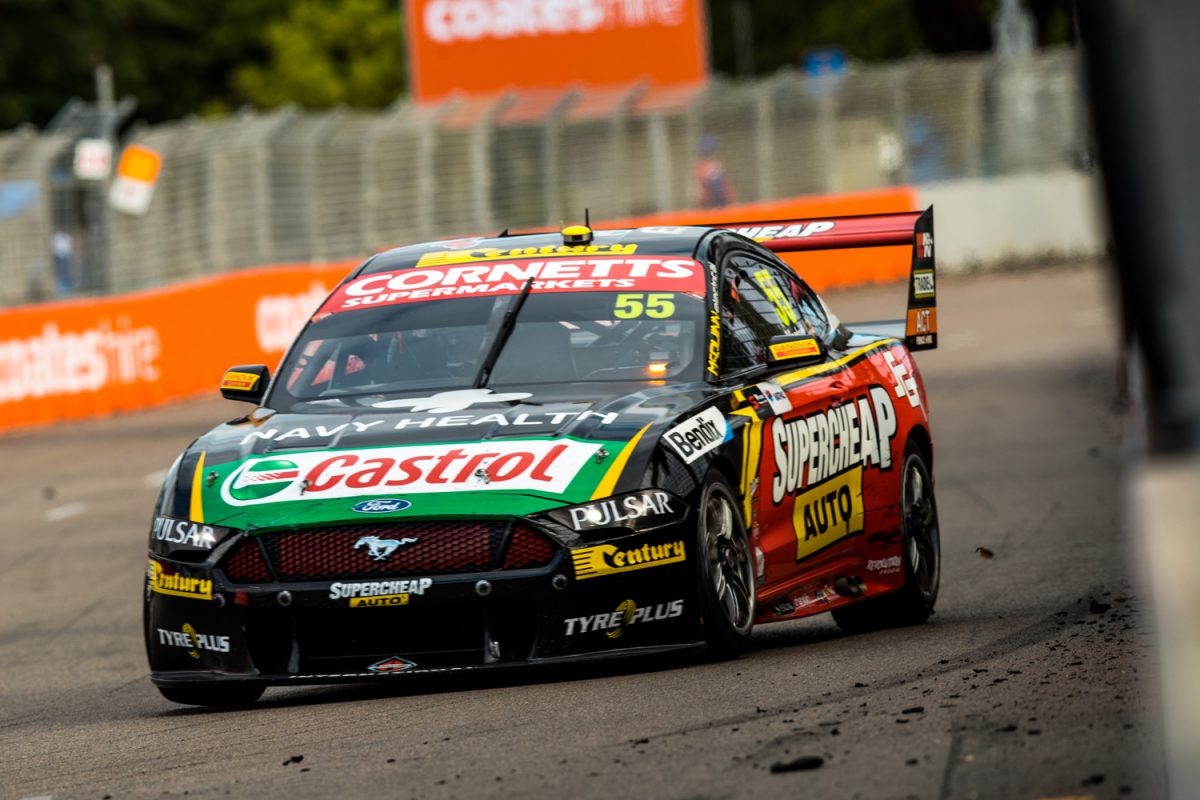 Chaz Mostert put the Supercheap Auto Mustang on the front row for Saturday’s 70-lapper and was challenging Jamie Whincup, who was put on an aggressive strategy by Triple Eight, near the end.

Chasing Scott McLaughlin with set-up was costly in Sunday’s qualifying session, but he dug himself out of a hole by making up 10 positions on the first lap and was a strong performer thereafter, albeit hamstrung when the fuel drop did not play out in his favour. 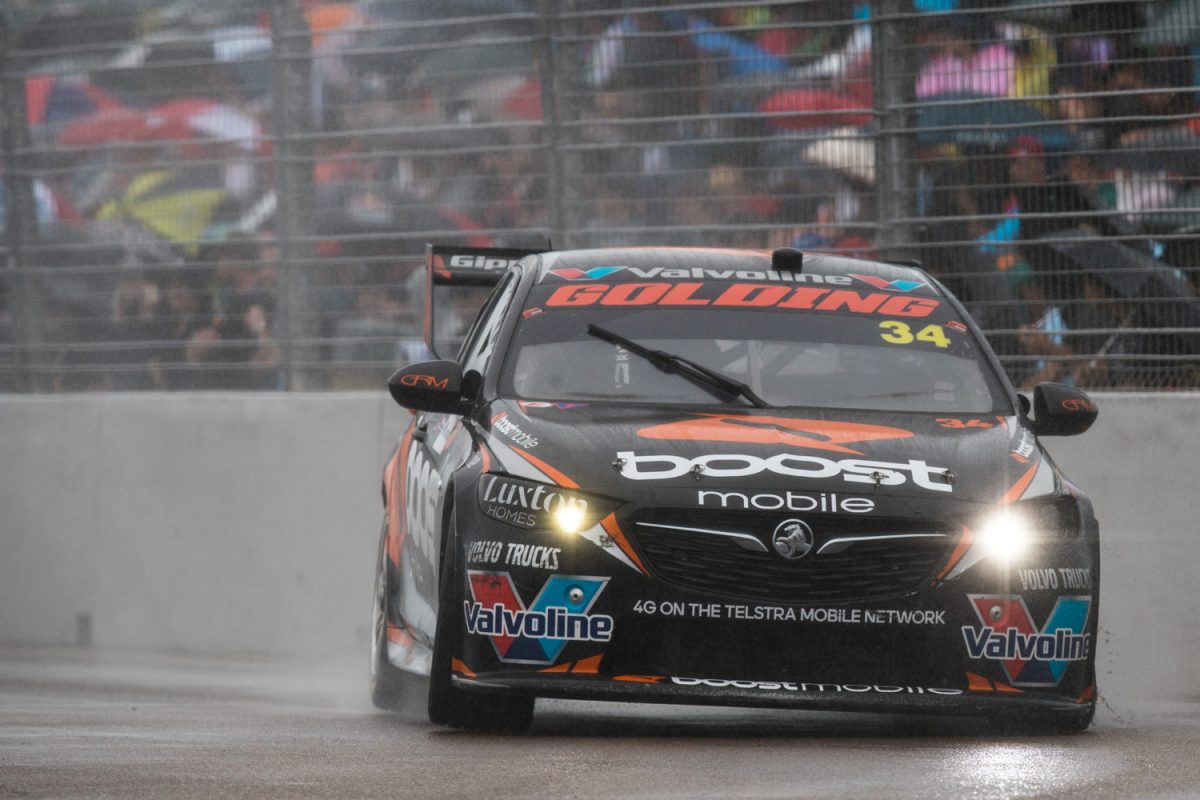 Scrounging out a 15th from Saturday’s race was arguably commendable enough from James Golding given Garry Rogers Motorsport’s current struggles.

However, in an under-the-radar performance on Sunday, Golding made good ground early on and kept his nose clean to earn his best finish to date as a primary driver. 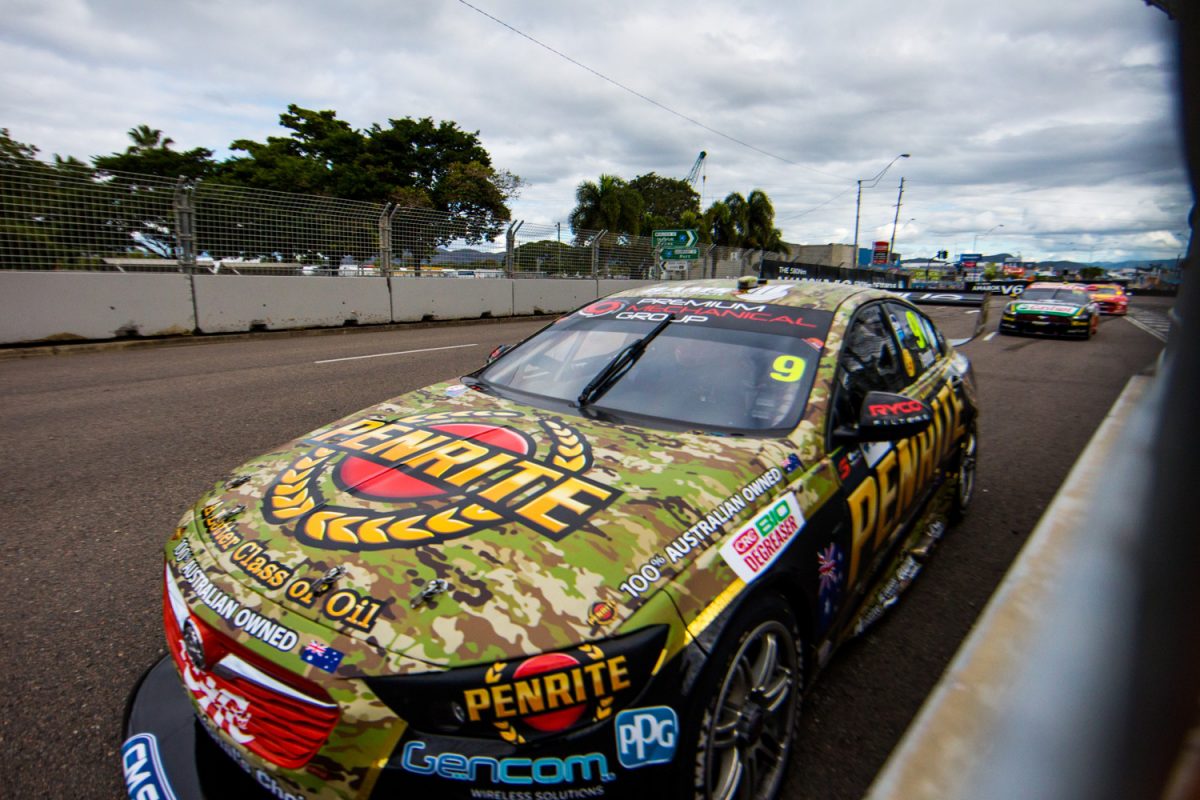 David Reynolds qualified on pole on Saturday and while his early pace deserted him, Car #9 was in the hunt for a podium until a slow pit stop cruelled him.

The Erebus driver was quickly out of contention on Sunday when he and McLaughlin clashed at the second corner, after a second row start suggested a strong afternoon was again in prospect. 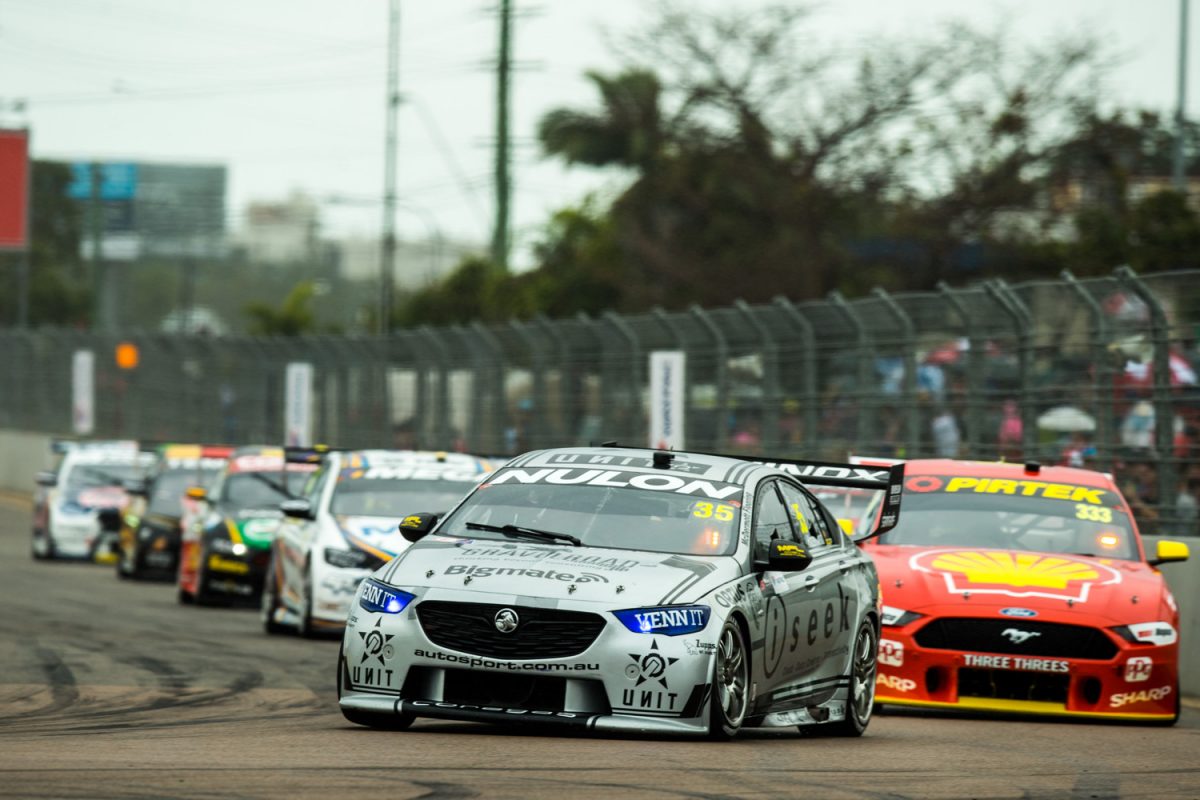 Todd Hazelwood had a tough time out in the Sunday race, roughed up in the early stages before he picked up a puncture, but impressed in both phases of qualifying.

The 2017 Super2 Series winner put Matt Stone Racing’s Triple Eight-built Holden provisionally third on the grid and backed that up with the fourth fastest lap in the Armor All Top 10 Shootout, a career best and faster than the lead Triple Eight entry of Shane van Gisbergen on both occasions. 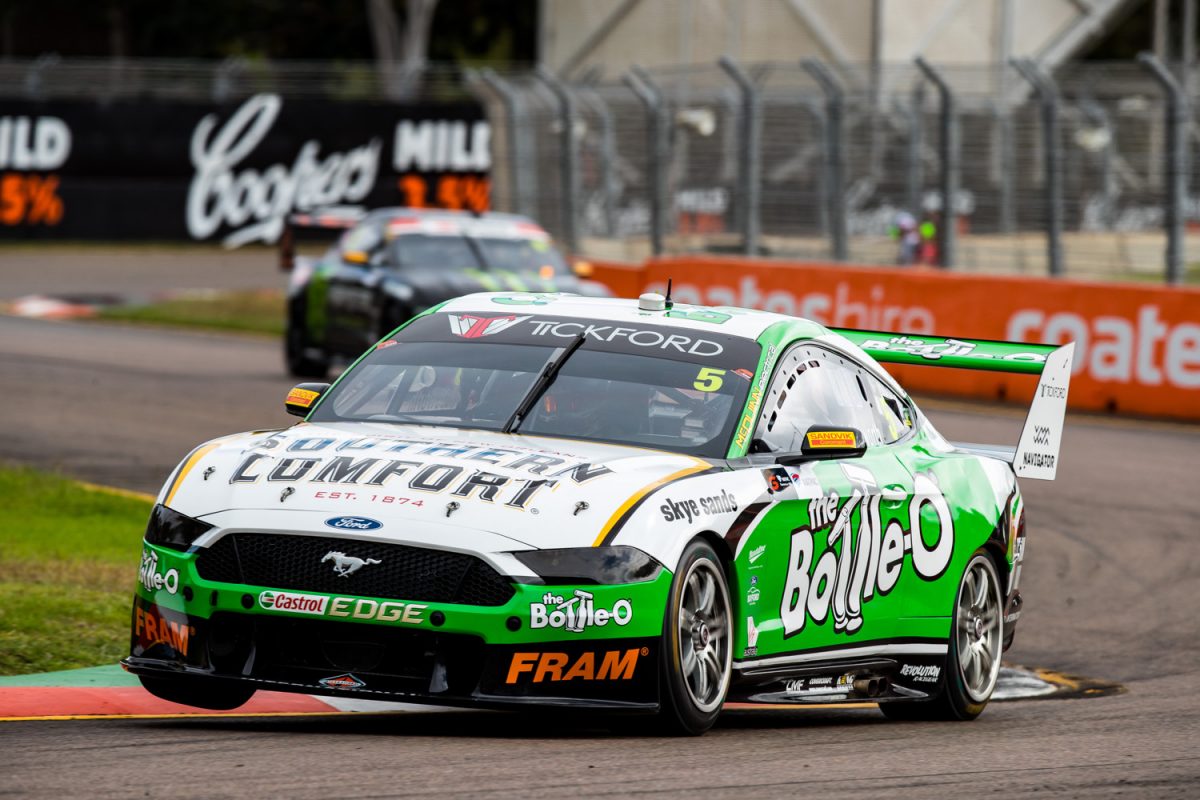 Lee Holdsworth gave an indication of what he is capable of in a Tickford Mustang by setting the pace in a hotly contested second Friday practice session.

Granted, practice pace is not necessarily an especially accurate representation of true speed, but the big guns were pushing in Practice 2 and Holdsworth backed up with top 10s in all the competitive sessions which followed. 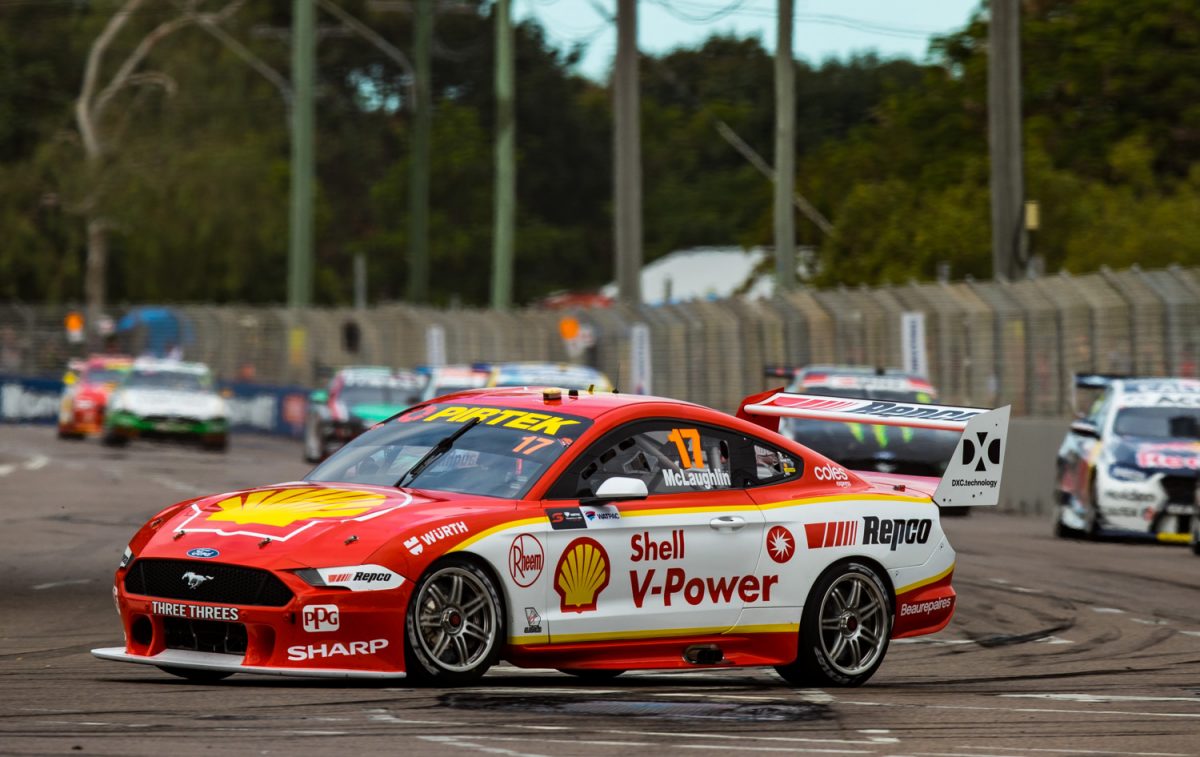 Scott McLaughlin might have missed pole for both races of the weekend for just the second time in 2019 but he simply had too much speed when Triple Eight tried to thwart him with Jamie Whincup’s aggressive Race 18 strategy.

He was set back by the Lap 1 puncture on the Sunday, then when he surprisingly ended up off the lead lap, but managed to salvage what was almost a top 10. 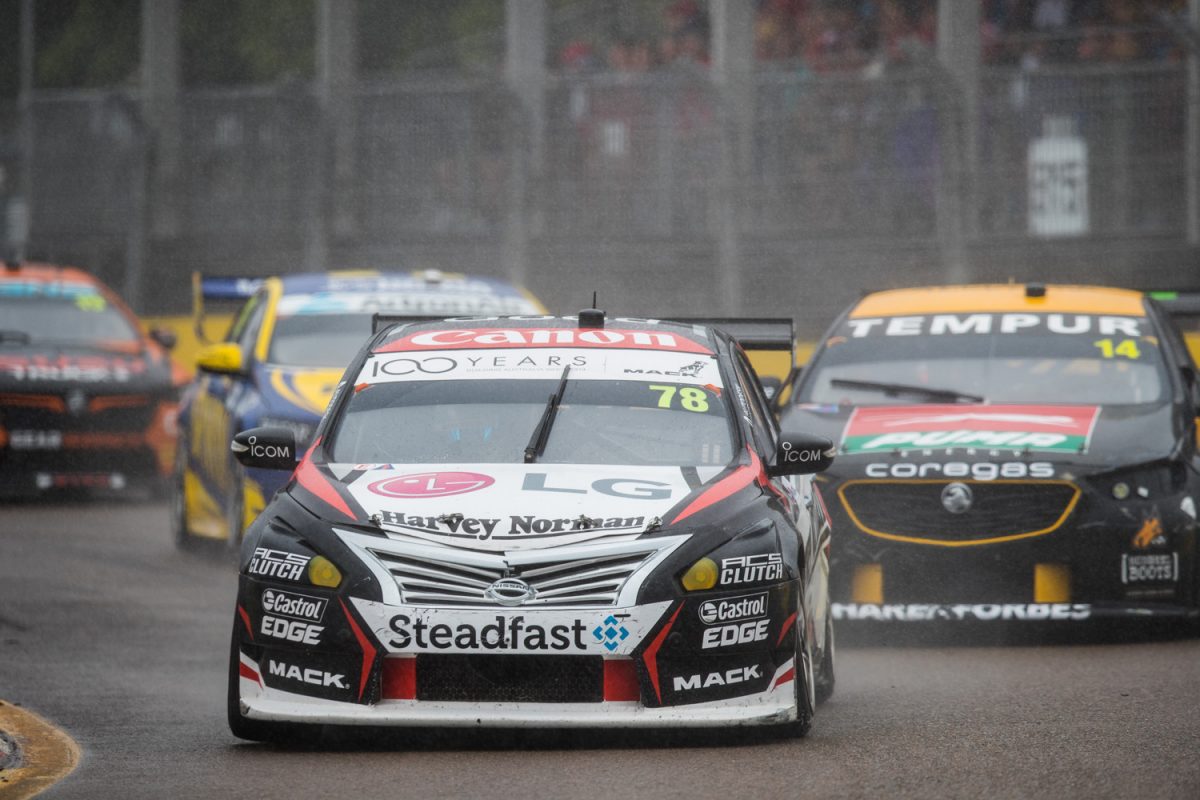 Simona De Silvestro probably put it best when she said she ‘can’t believe’ how she finished 10th on Sunday after her myriad of problems along the way.

De Silvestro qualified on the back row, was turned around, and had several suboptimal pit calls from a stand-in engineer, but made good ground in the middle stint on her way to an equal career best result. 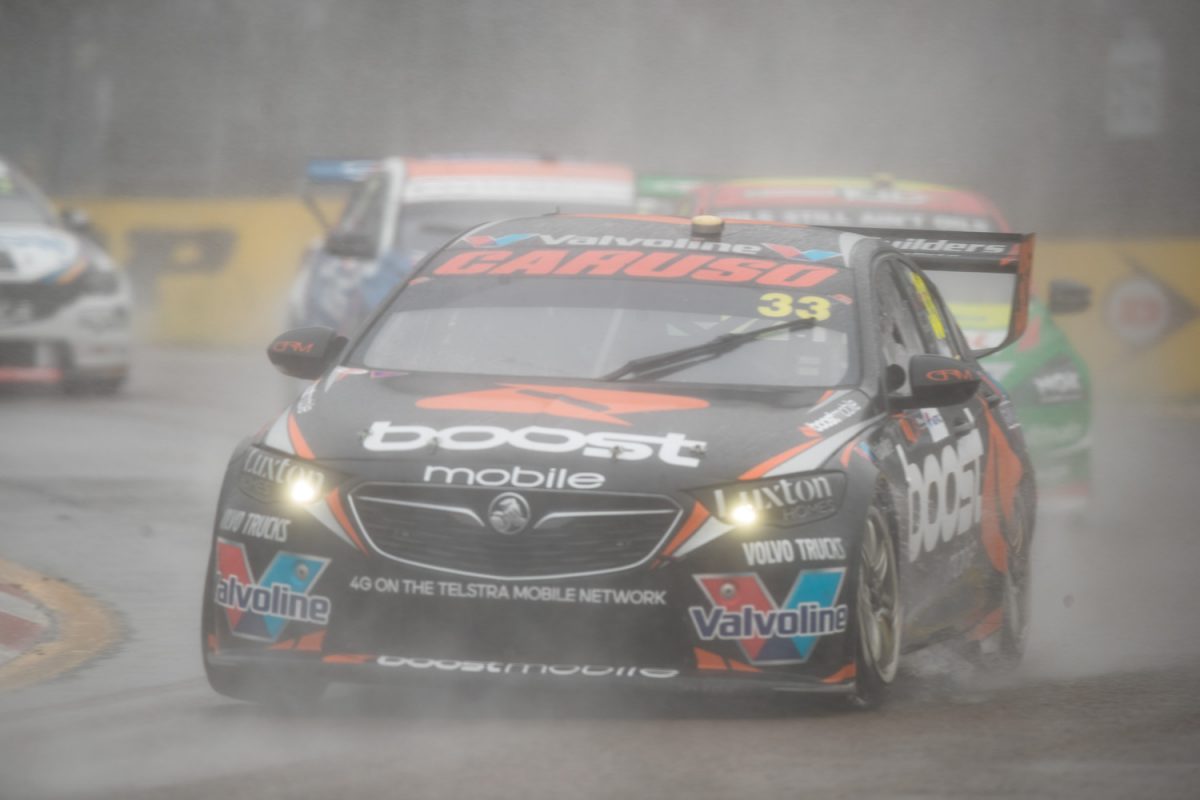 Like team-mate Golding, most probably expected little from Michael Caruso, given he was jumping into Car #33 as an injury replacement.

To be fair, we did not see a lot of Caruso but he was well placed when the pit stops played out around the Lap 30 mark on Sunday and kept the car on the road after that to claim ninth. 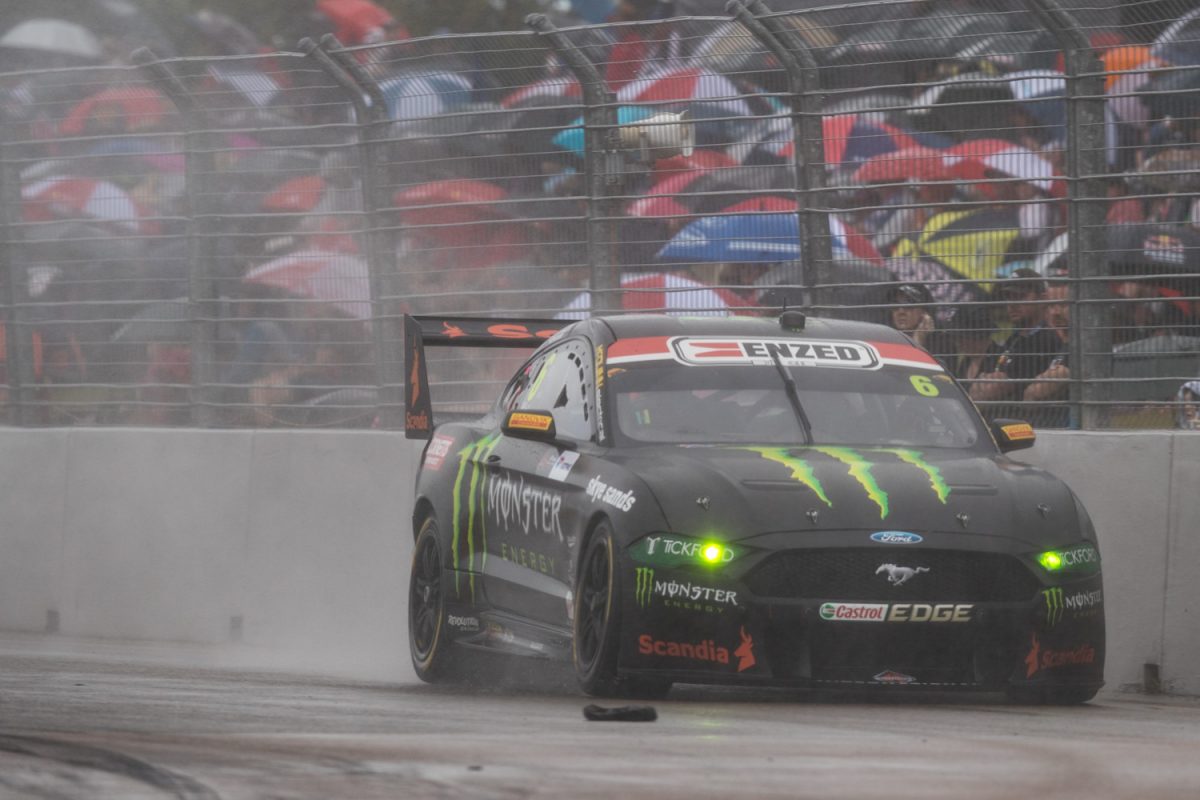 Cameron Waters ruined his chances of a solid result on Saturday when he unloaded Rick Kelly on cold tyres, but bounced back on Sunday with a first pole since 2017.

Waters went on to have some great battles, particularly with Nick Percat, in Race 18 although an off at Turn 2 cost him the effective lead before Percat all but made sure that there would be no first victory since 2019 just yet when he helped Car #6 into a runoff area again. 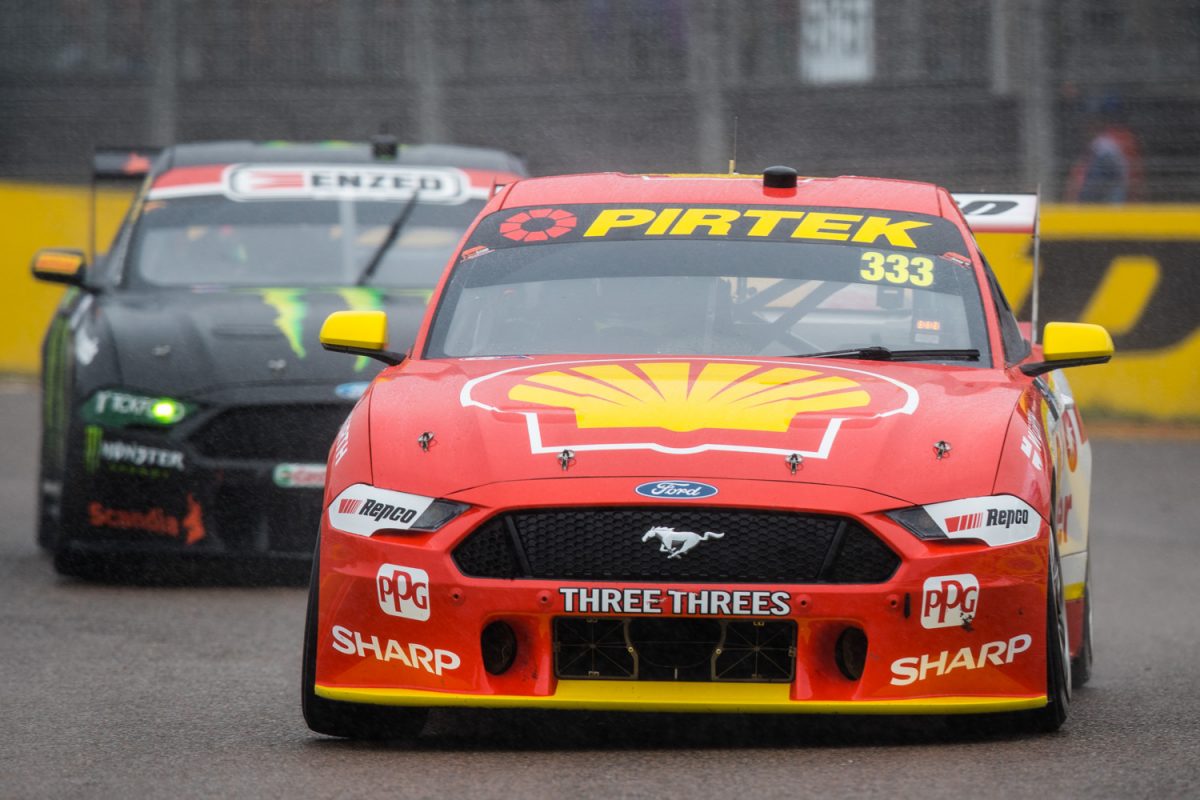 Fabian Coulthard capitalised somewhat on his team-mate’s trouble on the Sunday by turning two unfavourable qualifying positions into much better race results.

In his 400th Virgin Australia Supercars Championship race, Coulthard and his DJR Team Penske brains trust were collectively second best only to van Gisbergen and Triple Eight, but still quick and seemingly error-free.