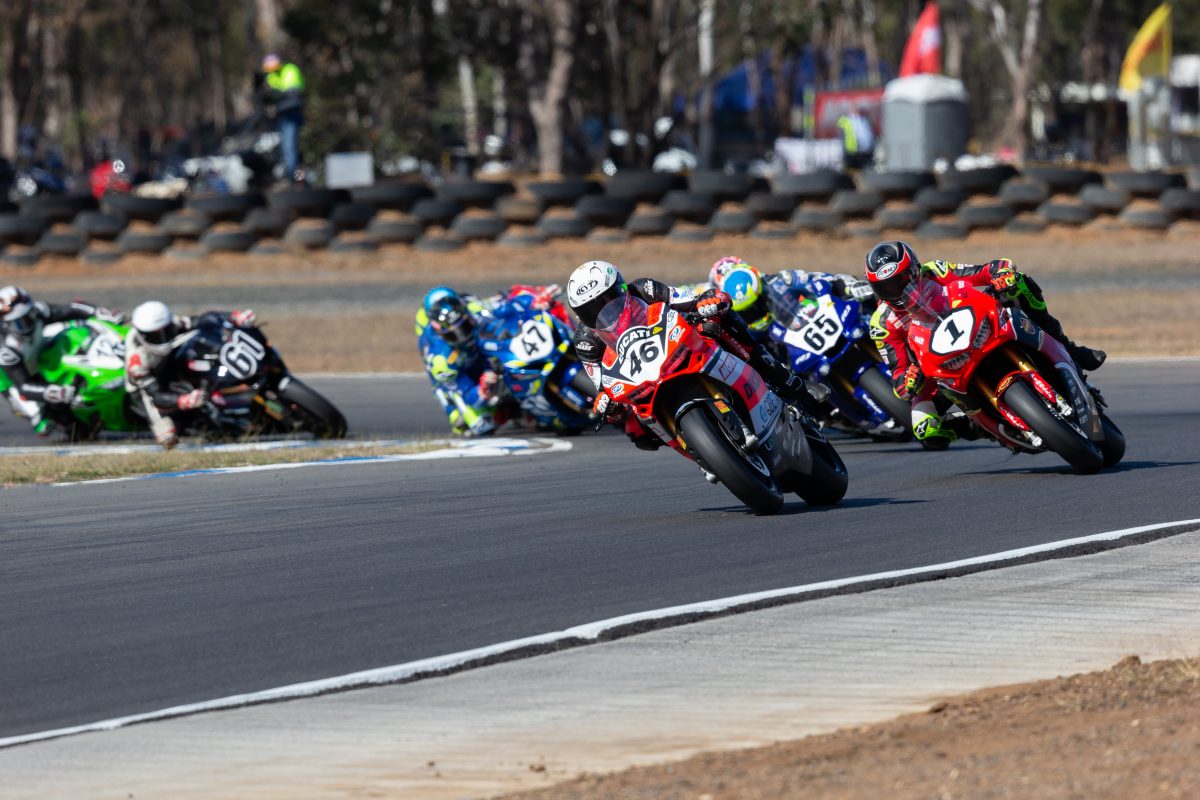 Mike Jones has moved into the lead of the Kawasaki Australian Superbike Championship with a win and third placing in Round 4 at Morgan Park.

Jones qualified on pole and, after being relegated to second on the opening lap of Race 1, quickly re-passed Troy Herfoss.

The Ducati rider was not headed from there as he went on to win by 2.16s after 16 laps, while Wayne Maxwell recovered from sixth at the end of Lap 1 to take second.

Cru Halliday (Yamaha) finished just behind the Suzuki despite applying serious pressure to Maxwell, while Herfoss ended up fourth on his Honda.

In Race 2, Jones got the jump but ran onto the grass at Turn 6 and dropped to 14th, as Herfoss and soon Maxwell took up the lead.

Herfoss tailed Maxwell for almost the final 15 laps while Jones got back to third, which was enough to take the championship lead by a point given that Halliday finished fifth.