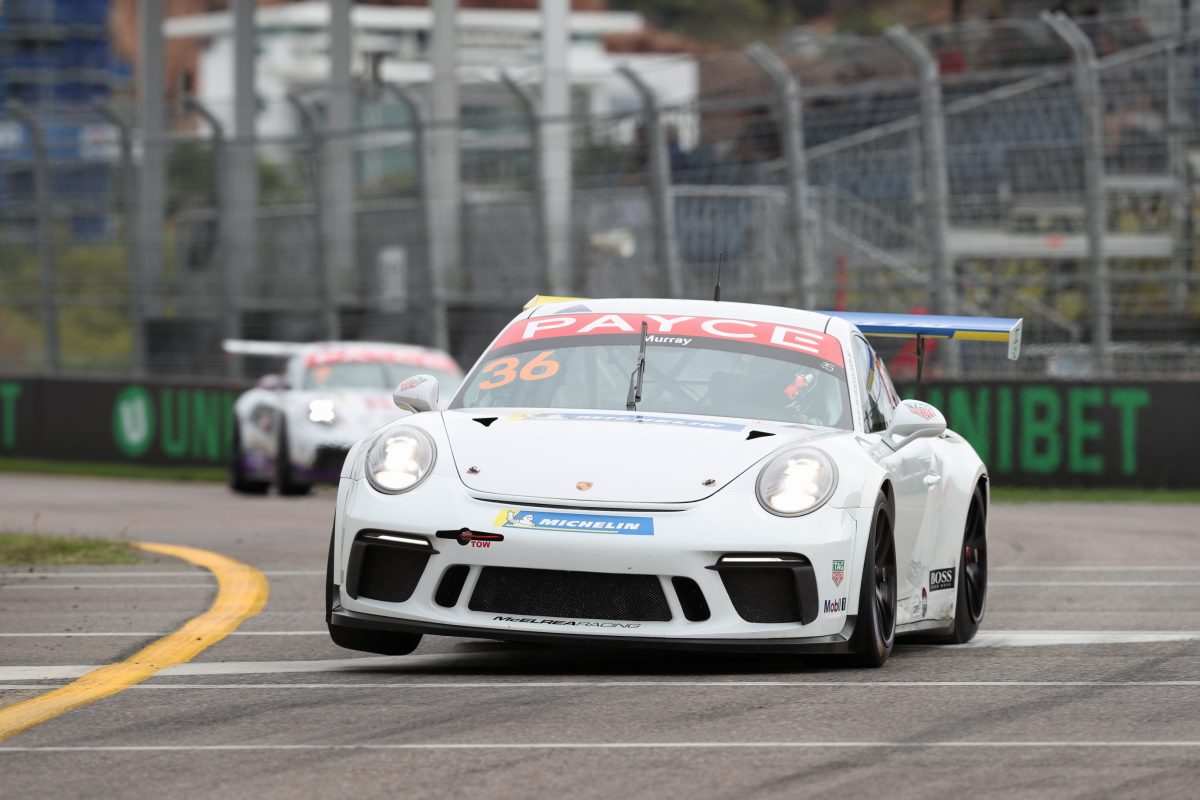 Cooper Murray has completed a clean sweep of the Porsche Payce Carrera Cup Australia races for Round 5 at the Watpac Townsville 400.

Murray proved unstoppable in the final race of the weekend, winning by 1.7s over Dale Wood and Jordan Love.

Michael Almond got the better jump off the front row of the grid and cleared Murray before Turn 1.

The 17-year-old went late under brakes for Turn 2, however, and reclaimed the position, forcing Almond wide.

Almond opened the door for Wood and Love who went to second and third respectively as the former fell down the order.

The Safety Car was deployed on Lap 2 after Anthony Gilbertson, Steve Richards, Sam Shahin, and Scott Taylor tripped over each other at Turn 2.

Gilbertson and Richards made contact, turning Richards around while Shahin and Taylor got caught up taking evasive action.

Green flag racing resumed on Lap 6 and Love was straight on the attack in search of second spot.

Meanwhile, Warren Luff and Almond were on hot on the trail of Cameron Hill as the trio battled over fourth.

Luff tried to make a move on the last lap at Turn 2, but had to settle for fifth at the chequered flag.

Murray checked out at the head of the field, despite making a small error and cutting across the grass at the chicane, taking another commanding victory and with it the round win.

Wood, Love, Hill, and Luff were the top five, while Tim Miles won the Pro-Am class.

Round 6 of Carrera Cup Australia takes place at The Bend Motorsport Park from August 23-25.