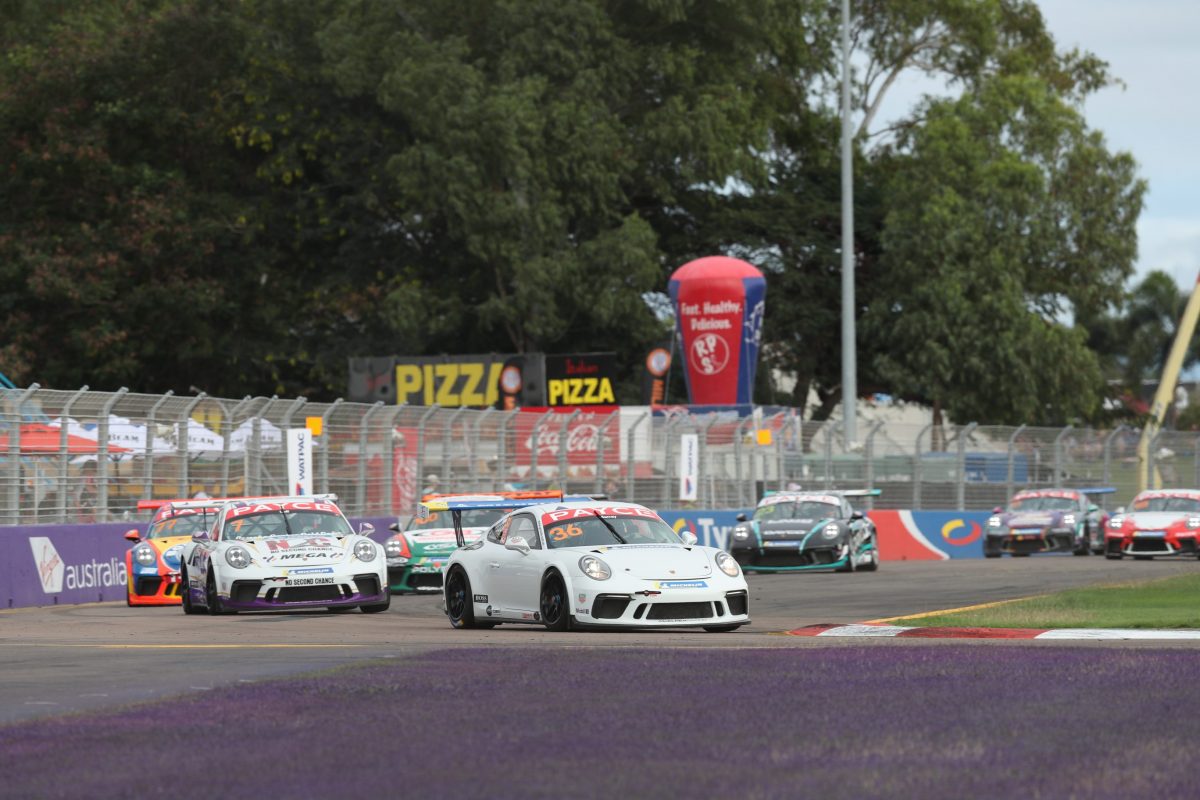 The 17-year-old led every lap on his way to his second victory of the weekend in the 28-lap encounter.

Murray out-dragged Luff off the start on the run down to the first braking zone as Thomas Maxwell ended up on the grass at Turn 6 and fell outside the top 15.

Pro-Am runner Roger Lago was under fire in the early stages running in the top 10, falling down the leaderboard as the Pro drivers sliced by.

Jordan Love was one of them, passing two cars in one corner as he dived down the inside of Lago and Cameron Hill at Turn 2 to grab 7th.

As Murray disappeared in the lead, the fight for second livened up between Luff and Almond.

Almond got an overlap on Luff on the exit of Turn 2 and completed the move for second at Turn 3 on Lap 15.

The battle for second remained alive until the chequered flag, however, the positions did not change.

Murray won by a considerable margin of 11 seconds to Almond, the largest ever winning margin for Carrera Cup at Townsville, with Luff, Dale Wood and Nick McBride completing the top five.

Love was the biggest mover of the race but had to settle for sixth in a late squabble with McBride after starting from 12th spot.

Anthony Gilbertson was victorious in the Pro-Am class crossing the line in ninth outright, while Maxwell recovered to 12th.