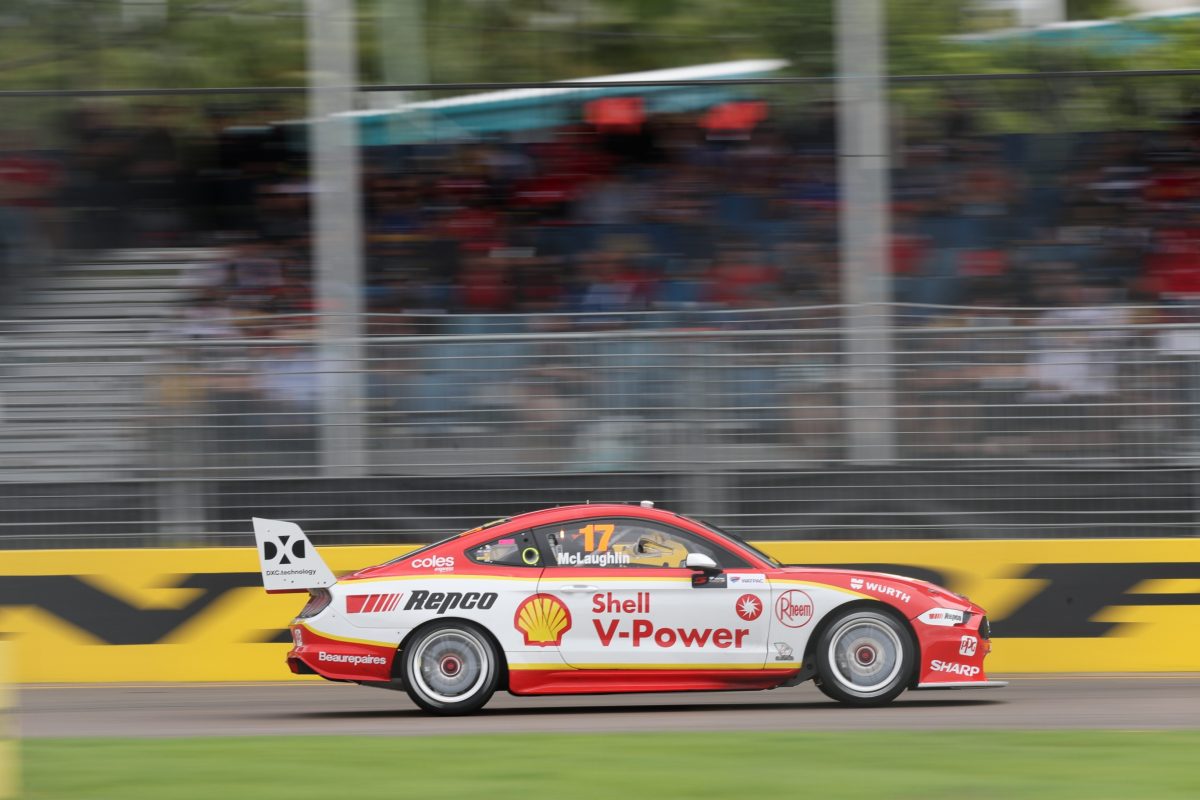 Scott McLaughlin is the provisional Armor All Pole-sitter for Race 18 at the Watpac Townsville 400 while Jamie Whincup and Chaz Mostert missed Top 10 Shootout berths.

Reynolds’ fastest lap was in fact the lap which knocked Whincup out of the top 10, before the #88 Red Bull HRT ZB Commodore was pushed back another spot to 12th on the grid for Race 18 of the Virgin Australia Supercars Championship.

McLaughlin’s benchmark came at the halfway point of the session, on his second run, which saw him take top spot from Lee Holdsworth.

Reynolds was seventh ahead of the final runs but earned safe passage to the shootout with a 1:12.2611s after the chequered flag in the #9 Penrite ZB Commodore.

“Absolutely nailed that lap, threw the car on the line and the iseek Commodore is on rails.

“I just can’t thank the whole team at Matt Stone Racing enough for giving me the car to do it. Great turn overnight and pumped.”

Whincup was in trouble when De Pasquale and then Coulthard left him on the cusp of missing out on the top 10, and the seven-time champion couldn’t improve on the 1:12.5080s on his first proper run.

“We just took a massive swing with set-up which we have been all weekend,” explained Whincup.

“Car wasn’t as good then; I’d rather learn than anything. Disappointed to miss the shootout, but it all makes sense because we’re changing massively.”

Andre Heimgartner put more distance between the top 10 and Car #88 when he slotted the #7 Plus Fitness Altima into 11th, just 0.0244s slower than Slade.

The latter finished on the podium the afternoon earlier and explained that his crew changed set-up to try and chase McLaughlin.

“At the end of the day we’re trying to catch one car out there, one car’s doing a fantastic job and has had the benchmark on everyone all year,” said Mostert.

“This time of year, (we will) try some things on the car to really start to try and bridge that gap.

“Yesterday we had a pretty good car, didn’t quite have a good race car; today we thought we’d keep chasing the trend we wanted to. Yeah, just didn’t feel the car under me.”

The Armor All Top 10 Shootout starts at 1220 local time/AEST.

Results: Armor All Qualifying for Race 18