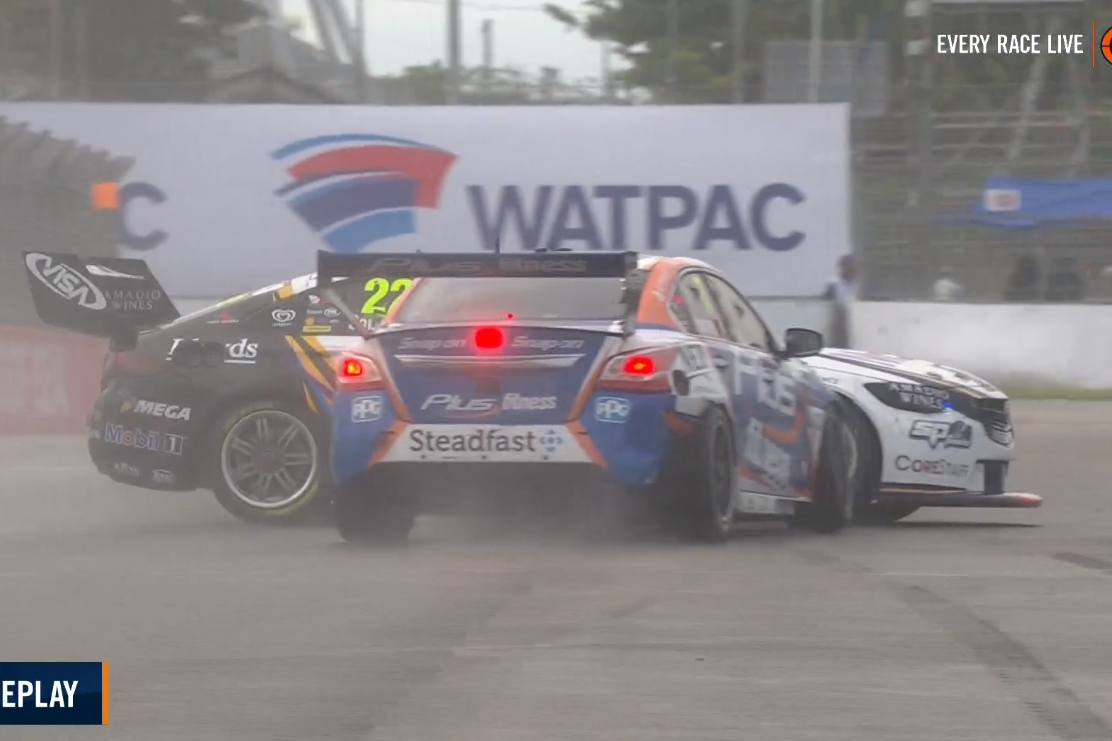 Andre Heimgartner has had 15 seconds added to his race time for his tangle with James Courtney on Lap 58 of Race 18 at the Watpac Townsville 400.

Courtney went down the inside of Heimgartner at Turn 11 but the Kelly Racing driver started to draw back alongside the Walkinshaw Andretti United entry at Turn 12.

They then bumped, causing Courtney to spin and back into the wall on driver’s left just as Heimgartner also ploughed into the side of the #22 ZB Commodore, unable to avoid more contact.

Cameron Waters, who went on to finish third, had a near miss with Courtney, who continued in 16th while Macauley Jones passed Heimgartner’s #7 Altima to take up 17th at the time.

Courtney was originally classified in 13th once other already determined time penalties were accounted for, and Heimgartner in 15th.

The latter now drops to 18th due to the driving infringement but remains 15th in the drivers’ championship.

BJR is, however, still under investigation for the fire which erupted in its pit bay and another in the rear of Percat’s #8 ZB Commodore late in the race.

“The DRD has opened, but not yet concluded, an investigation into the fire that happened during the Pit Stop of Car 8 during the late part of the Race,” read the stewards report.

David Reynolds was not punished for the first-lap incident with Scott McLaughlin “as neither Driver was wholly or predominately to blame,” according to the report.

Reynolds maintained that he was not at fault while McLaughlin took the view that the footage showed that the Erebus driver was.

Todd Hazelwood was cleared of wrongdoing for crossing the pit entry chevron due to “exculpating circumstances”.