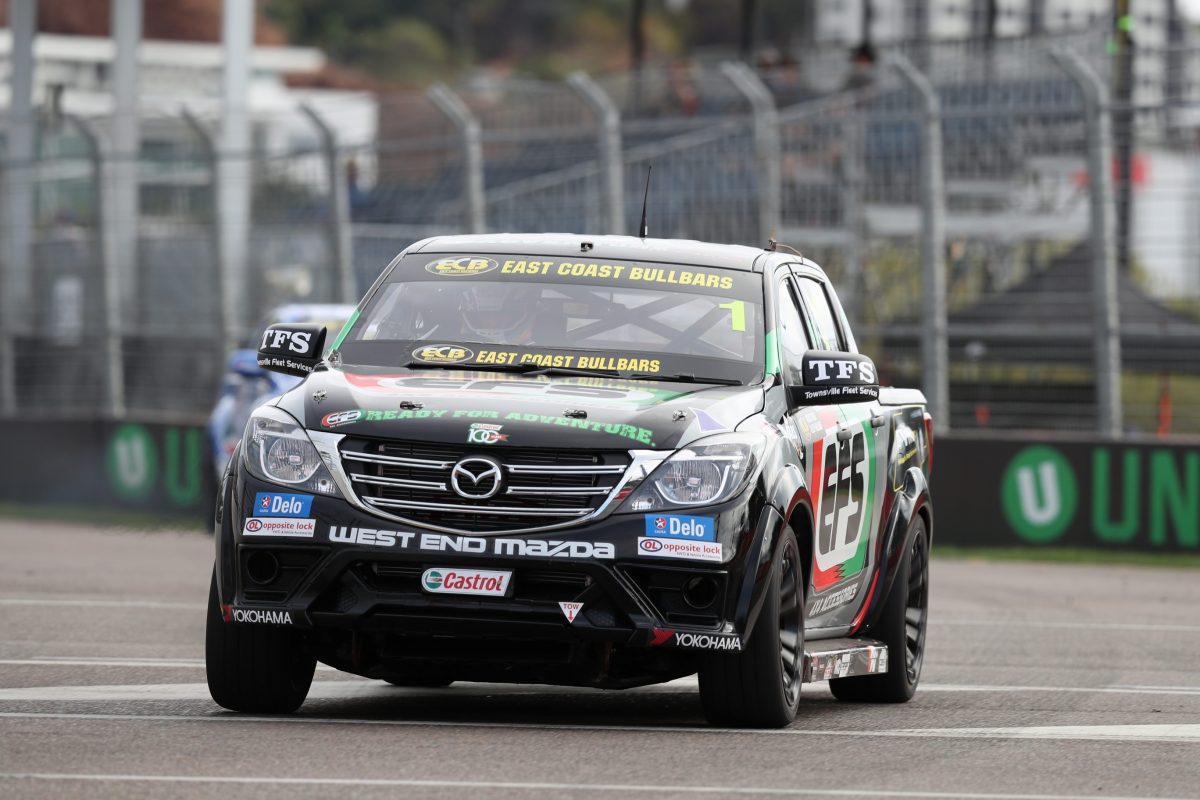 Ryal Harris scored his fifth win of the season by holding off Tom Alexander in Race 2 of the ECB SuperUtes at the Watpac Townsville 400.

The pair ran nose-to-tail on the last lap of the 14-lap encounter, with Harris (Mazda BT-50) taking the victory by 0.5s.

Ben Walsh (Toyota Hilux) prevailed over Christopher Formosa in the opening exchanges and got himself into the lead at Turn 3 on the start.

Craig Thompson (Toyota Hilux) made contact with the back of Formosa at Turn 11, spinning the Ford Ranger around and dropping him to the rear of the field.

Up front, Harris barged his way past Walsh for the lead on Lap 2 at Turn 3 and began to clear off.

Alexander (Isuzu D-Max) and Walsh engaged in a battle for second position, with Alexander challenging and holding the outside line around Turns 1, 2 and 3 on two separate occasions.

Walsh managed to retain second despite immense pressure before Alexander went down the inside deep under brakes at Turn 2 on Lap 5 and made the move stick.

This battle allowed Cameron Crick (Mitsubishi Triton) to close up and just as Alexander cleared Walsh, the latter had to defend from Crick.

On Lap 9, Crick and Toby Price (Mitsubishi Triton) were sent scattering when Walsh lost it on his own at Turn 6 and spun in front of them.

Price took to the grass in evasive action, while Crick jumped on the brakes and swerved around the pirouetting car.

Price grabbed both positions and emerged third ahead of his team-mate.

Alexander closed to within a second of leader Harris, setting the fastest lap of the race, a 1:32.8854s, on the penultimate lap.

It would be to no avail though, as Harris kept control to the chequered flag.

Crick settled for fourth, behind third-place man Price, while Walsh was fifth.

Thompson finished sixth after copping a 15-second time penalty for the incident with Formosa, who was seventh.

Craig Woods was forced to retire his Hilux to the pit lane on Lap 5 with a brake failure, marking his fifth DNF of the season.

Round 4 concludes with another race at 1115 local time/AEST.