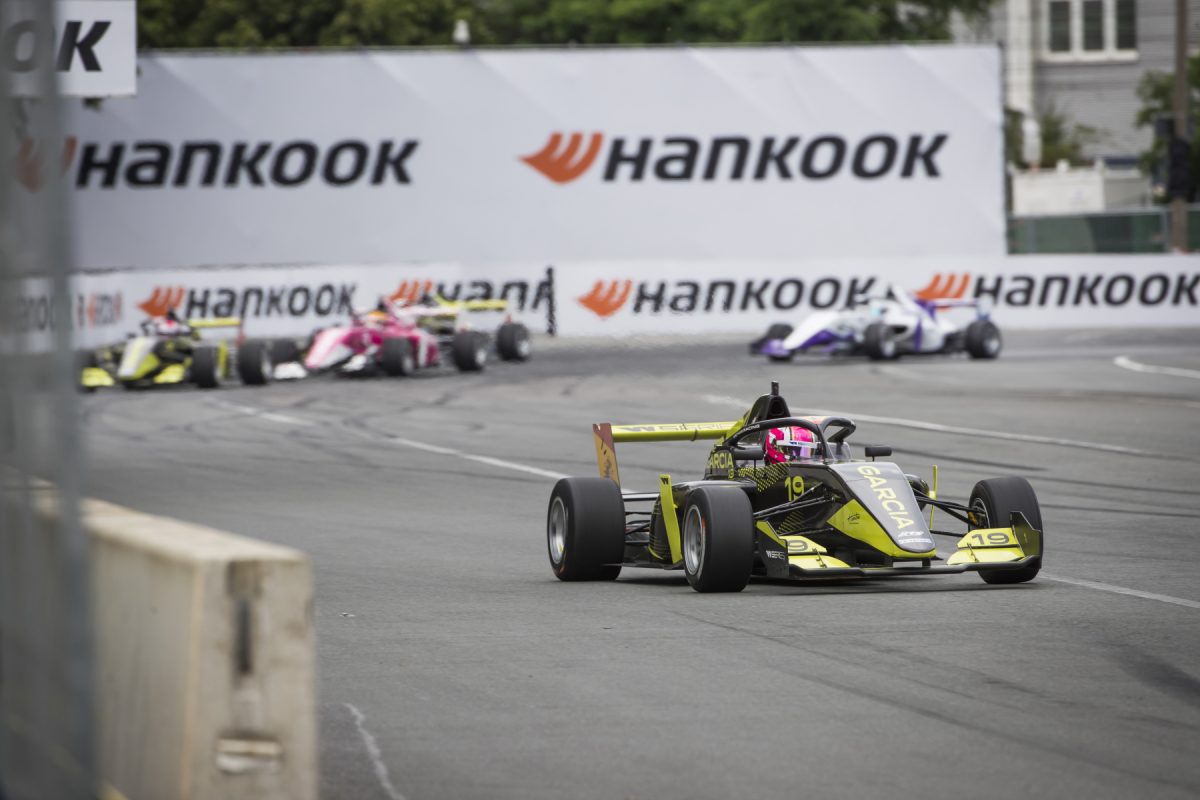 Marta Garcia was an all-the-way winner from pole position in Round 4 of the W Series at the Norisring.

The 18-year-old Spaniard qualified on pole and led all 36 laps, while Beitske Visser made slight inroads on Jamie Chadwick’s championship lead by holding out the Brit to finish second.

Garcia got the jump on the field when the lights went out and was unchallenged thereafter as she went on to win by 3.619s.

Chadwick was slow to getaway while Visser leaped from fifth on the grid to second position.

The Dutch driver held that spot for the duration of the half-hour, time-certain race, despite strong pressure from Chadwick late in the piece which saw them take the chequered flag less than half a second apart.

Garcia’s win puts her 13 points behind Visser and 23 behind Chadwick at the top end of the standings. 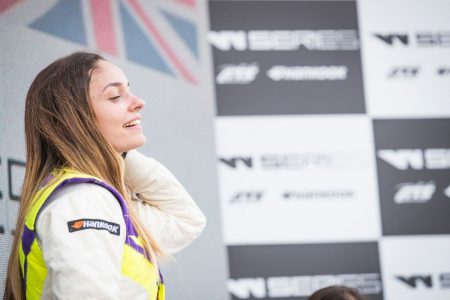 Garcia on the podium

“First of all, qualifying was really good,” said Garcia.

“Yesterday’s practice sessions were not so good so there were a few things I needed to improve – which happily I managed to do during qualifying.

“I therefore started the race from P1 – and I stayed there. I had a really good start actually, probably one of the best I’ve ever done, and after that I managed to maintain good pace throughout the race.

“I think the fact that Beitske and Jamie were fighting each other a bit gave me a chance to get a bit further ahead.

Fabienne Wohlwend finished fourth while Emma Kimilainen made her way from eighth on the grid to fifth.

Australian Caitlin Wood finished one position outside the points in 11th having started from 13th position.

She had in fact dropped to the back of the 18-car field at the start, which she put down to clutch slip, before a fightback of sorts.

The penultimate round of the season takes place at Assen on July 19-20.