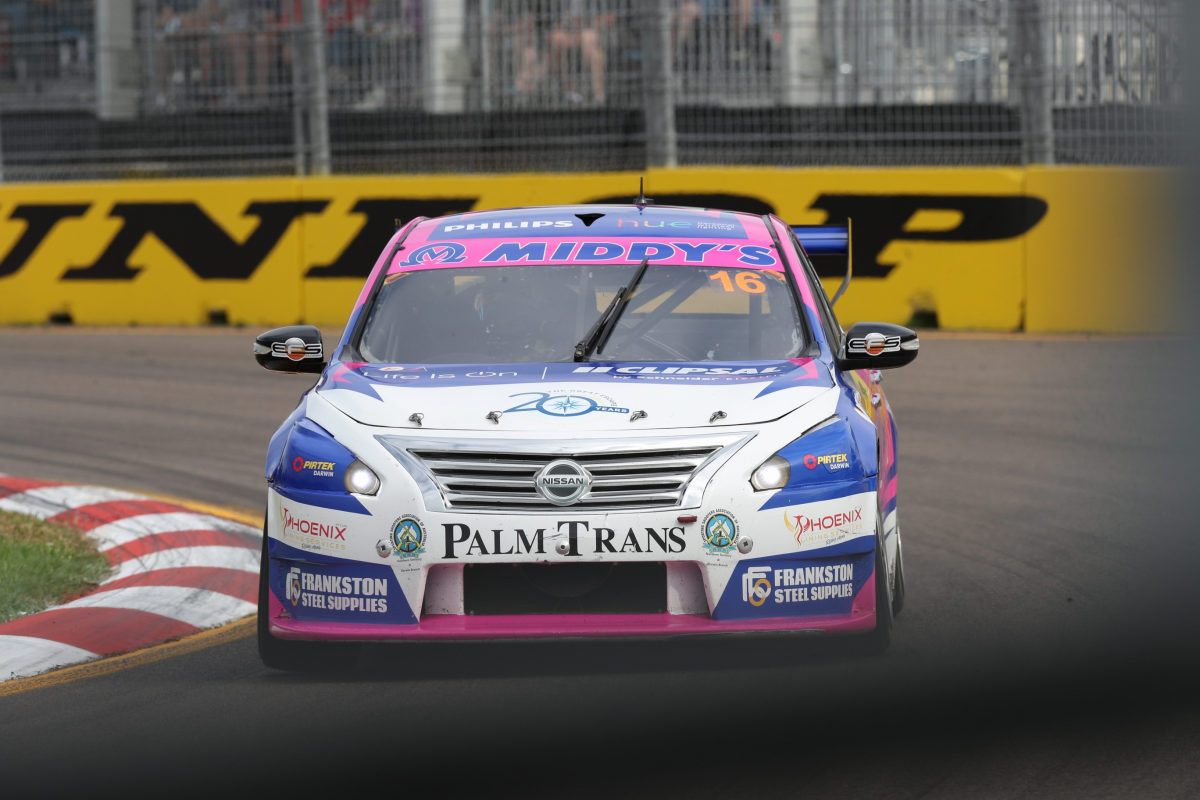 Bryce Fullwood outbraked Tim Blanchard at a late Safety Car restart to complete a sweep of Round 3 of the Dunlop Super2 Series at the Watpac Townsville 400.

Fullwood ran second for much of the race in his #16 MW Motorsport Altima before taking the spot from Blanchard on what would be the third-last lap of a Race 2 twice interrupted by Safety Cars.

The move gave Brenton Grove the opportunity to seize a career-best second position in the #10 Triple Eight Race Engineering VF Commodore, while Blanchard ended up third in the #77 Brad Jones Racing VF Commodore.

Thomas Randle (#5 Tickford FGX Falcon), who lost his provisional Race 1 win a day earlier, copped a third restart procedure penalty of the weekend and dropped from fifth at the chequered flag to 15th in the classification.

Jake Kostecki (#56 Kostecki Brothers Racing VF Commodore) made a slow start from Armor All Pole Position and was swallowed up the time the field got to the first corner.

Blanchard, who started from the outside of the front row, took the lead from Fullwood, Grove, Kurt Kostecki (#55 Triple Eight VF Commodore), and Randle.

Boys had made contact with Will Brown through Turn 1, with the latter’s already wounded #38 VF Commodore climbing over the right-rear corner of Car #49, which cannoned into Matt Chahda’s Falcon in an incident that would have significant aftereffects.

With the race having in fact started amid patchy showers, and all cars on slicks, the field trundled around behind the Safety Car until a Lap 6 restart.

Turn 2 was particularly difficult due to the rain and when Kurt Kostecki slithered a little wide, Randle was able to go through at Turn 3, although he was re-passed by the #55 Kostecki Brothers VF Commodore exactly three laps later. 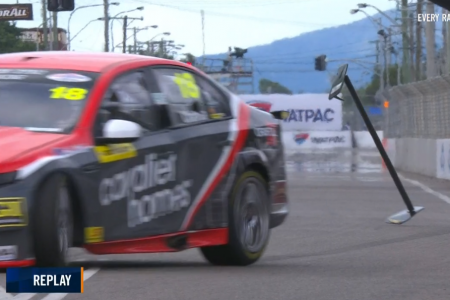 Chahda had a high-speed lose at Turn 1 on Lap 9 due to rear wing failure for the Matt Chahda Motorsport car caused by the earlier hit.

The #18 FGX Falcon looped and thumped the outside wall, bringing out the Safety Car again, although father Amin reported only a hurt ankle and Matt Chahda could step into the medical car himself.

When the race restarted on Lap 13, Fullwood outbraked Blanchard at Turn 2 and took the lead, which also left room for Grove to drive into the gap and take second position at the other end of Charters Towers Road.

Fullwood set the then-fastest lap on that lap and went on to win by 1.7s, from Grove and Blanchard.

Kurt Kostecki took fourth, while Goddard inherited fifth due to the 15-second penalty for Randle for overlapping before the apex of the final corner at the second restart.

Adam Marjoram (#15 Image Racing VF Commodore) was officially classified sixth, from Jake Kostecki, and the Eggleston Motorsport entries of Jack Perkins (#54 VF Commodore) and Will Brown, the latter of whom pressed on despite the first-corner incident.

Ruggier, who had lunged past Smith and made the lightest of touches with Walsh’s car at Turn 13, was classified last finisher in 16th due to a 15-second time penalty for the driving infringement.

Fullwood is now 133 points or almost half a round clear of Goddard at the head of the standings, while Walsh retains third and Kurt Kostecki has jumped to fourth.

Round 4 supports the Century Batteries Ipswich SuperSprint on July 26-28.