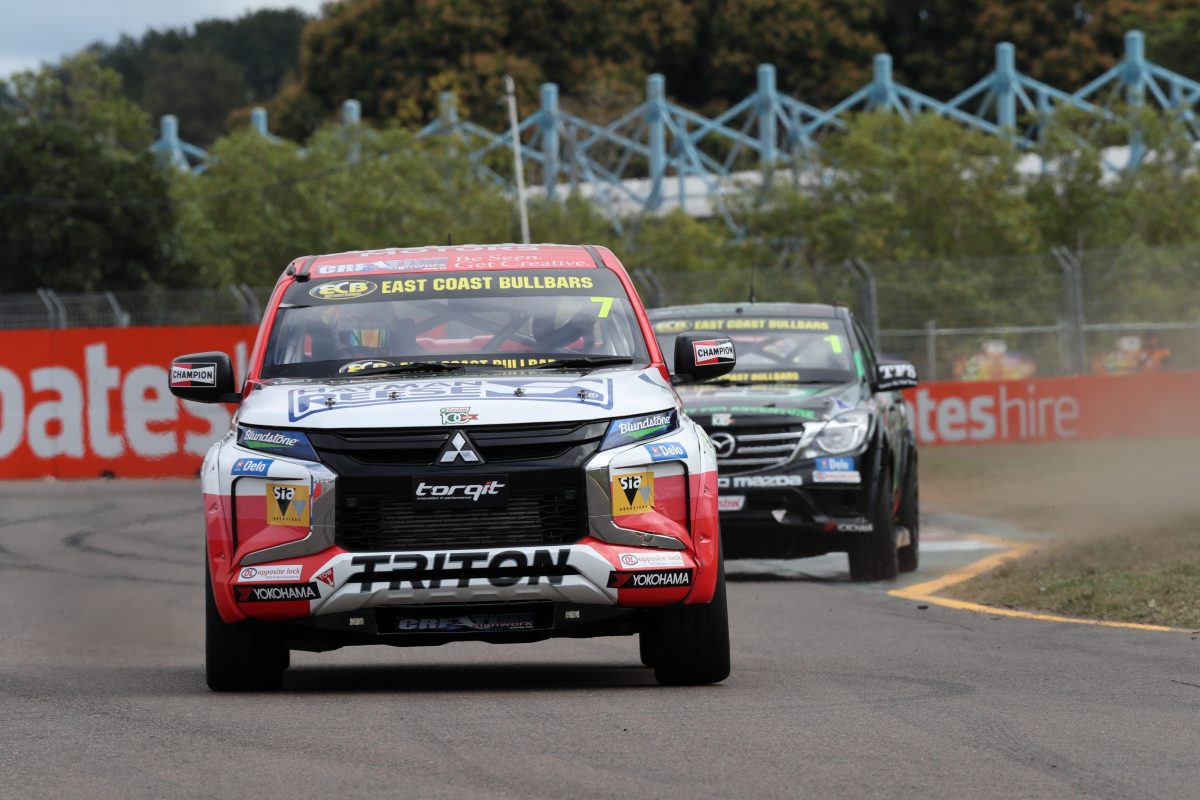 Cameron Crick claimed victory in the final SuperUtes race of Round 4 and with it the round win at the Watpac Townsville 400.

Tom Alexander (Isuzu D-Max) found himself fifth after a sideways moment under braking for Turn 2 cost him time, having to battle with Ben Walsh (Toyota Hilux).

Alexander completed the pass on Walsh at Turn 3 to move up into fourth place on Lap 5.

Craig Thompson (Toyota Hilux) and Christopher Formosa (Ford Ranger) fought for seventh, however it came to an abrupt end when Thompson ended up facing in the wrong direction on Lap 9.

Formosa dived down the inside at Turn 13 but made contact, spinning Thompson around, with the former earning a 15-second penalty for the incident.

Crick took the chequered flag 2.5s ahead of Harris, with Price around the same margin further back.

Series leader Alexander was fourth, while Walsh held off Craig Woods (Toyota Hilux) on the last lap for fifth.

Crick’s second win of the weekend gives him the round win and also sees him close the margin in the standings to Alexander.

Round 5 of the ECB SuperUtes Series will be at the Century Batteries Ipswich SuperSprint from July 26-28.