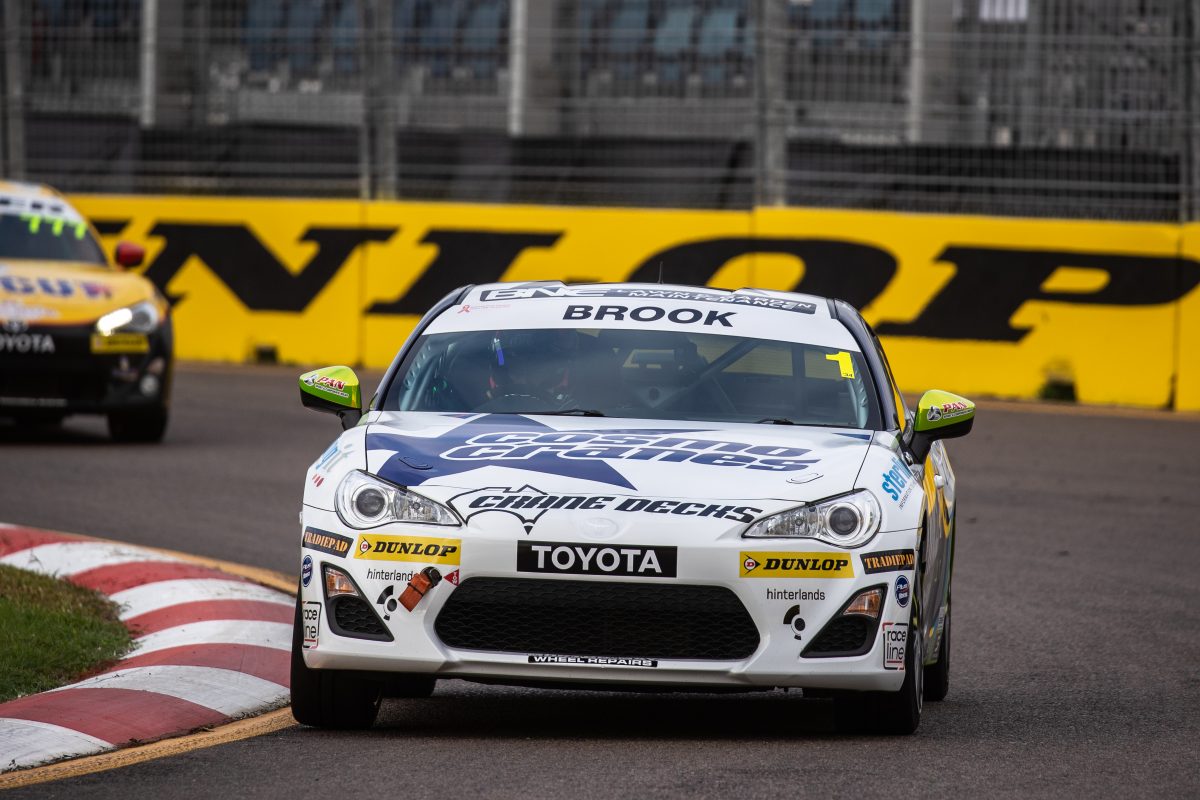 Tim Brook clinched victory in the final Toyota 86 Racing Series race of Round 2 at the Watpac Townsville 400.

Brook retained his lead at the start as the top five held their positions on the opening lap.

Steve Owen picked off Dylan Thomas for second position on Lap 2, who then fell into the clutches of Luke King.

King made his own move on Thomas for third and chased after Owen.

There was an awkward moment at Turn 1 as a trio of cars in the mid-pack came together.

Harry Hayek turned Peter Vodanovich around and left Jaylyn Robotham with nowhere to go, the latter running up the back of Hayek.

All three cars got going again, although with varying degrees of damage, and the race continued without the intervention of a Safety Car.

King powered by Owen for second on Lap 6 after setting up the move at Turn 9 and holding the inside line through Turn 10.

He then completed the pass under braking for Turn 11.

Brook won by just over a second in front of King, while Owen, Thomas, and Declan Fraser completed the top five.

The Toyota 86 Racing Series heads to the Supercheap Auto Bathurst 1000 next on October 10-13.