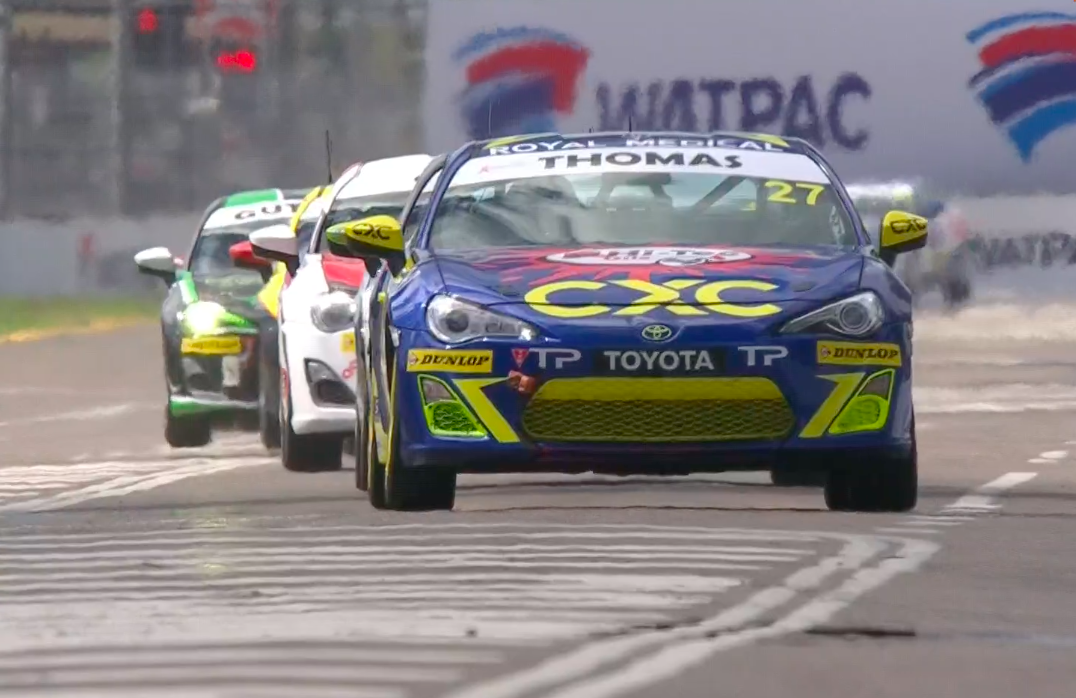 Dylan Thomas and Tim Brook shared spoils on Saturday in the Toyota 86 Racing Series at the Watpac Townsville 400.

Thomas claimed his maiden series race win in Race 1, while Brook snatched the victory in Race 2.

It was a clean start in Race 1 for pole-sitter Thomas who saw off a challenge from Brook, leading the opening laps.

Emily Duggan lost the back end on the exit of the final corner and swiped the pit wall with the front of her car, bringing out a Safety Car on Lap 2. 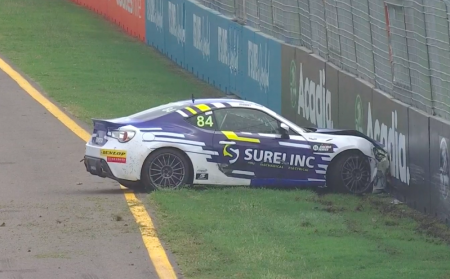 The race restarted on Lap 5, but immediately went back under Safety car after Jaiden Maggs flew sideways into the Turn 2 tyre barrier at high speed.

A one-lap dash saw Thomas take the win by less than half a second over Brook and invited driver Steve Owen in third, while Luke van Herwaarde and Declan Fraser rounded out the top five.

Thomas held strong at the start of Race 2, while in the mid-pack the battles were ferocious.

Brook passed Thomas for the lead on Lap 5, shortly before a Safety Car was called with Alec Morse stopped at Turn 2 after contact with another car.

On the restart, Brook gapped Thomas and took home the win by 1.7s.

Once again, Owen was third ahead of van Herwaarde and Fraser, with Youlden 16th.

Jaylyn Robotham had a wild moment in the closing stages, spinning at Turn 5 after a broken exhaust got caught up underneath the car.