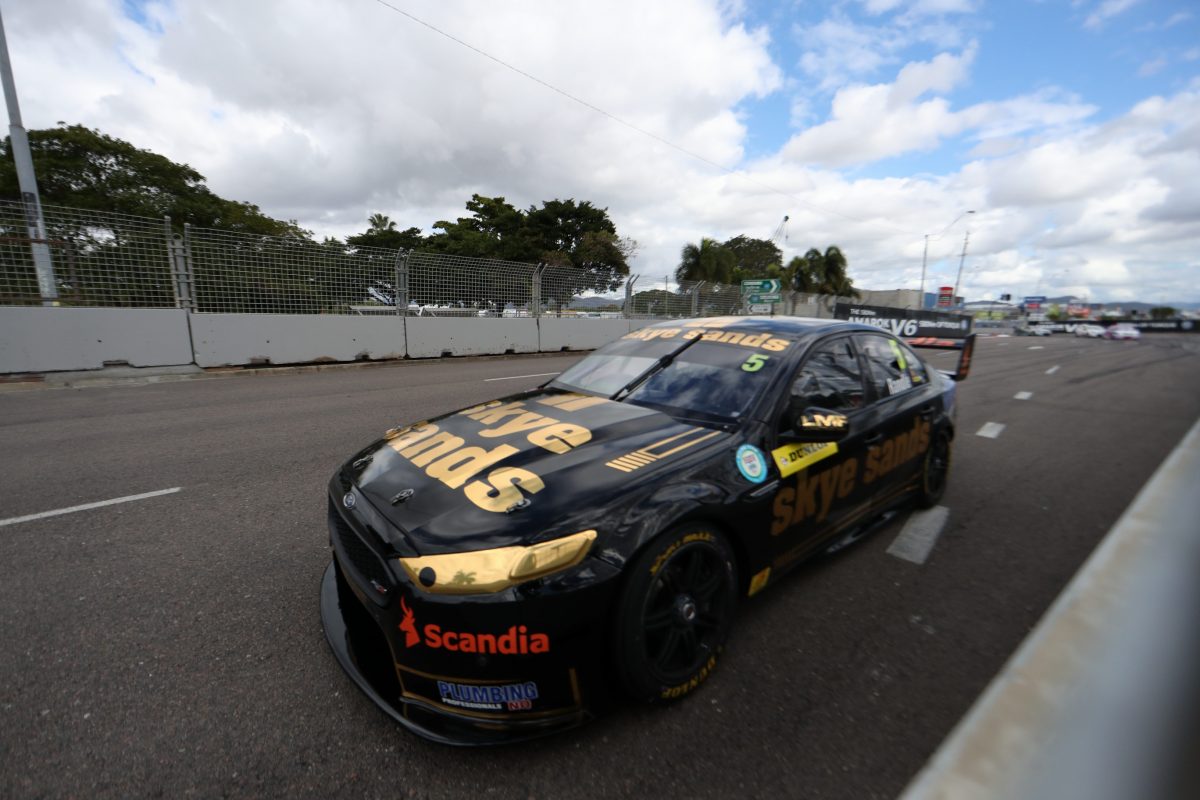 Thomas Randle was first to the chequered flag in Super2 Race 1 in Townsville but his win is subject to multiple investigations after a messy race all-round.

Randle qualified third but beat the front row starters to the first braking zone and led the rest of the way.

He is, however, under investigation for a possible start infringement, and could also come under scrutiny regarding the second Safety Car restart.

For the time being, the #5 Tickford FGX Falcon has a 0.9522s victory, which would be Randle’s first in the Dunlop Super2 Series, from points leader Bryce Fullwood of MW Motorsport and Triple Eight’s pole-sitter, Kurt Kostecki.

Randle split the front row and led Kostecki (#55 VF Commodore) and Fullwood (#16 Altima) to Turn 2 while, behind them, Dylan O’Keeffe triggered carnage when he turned around two Eggleston Motorsport cars.

O’Keeffe’s own team-mate, Mason Barbera (#99 VF Commodore) piled into the front-left corner of Brown’s #38 VF Commodore while Ash Walsh (#35 Matt Stone Racing Commodore), who qualified 12th, ended up in the outside wall with Jordan Boys (#49 Image Racing VF Commodore) in the side of him.

Before the Safety Car was called, Tim Blanchard (#77 Brad Jones Racing VF Commodore) made a move on Fullwood for third through the Turn 7/Turn 8/Turn 9 complex.

Randle grabbed a 0.8400s lead in the first lap after the Safety Car period, Lap 5, before the margin between him and Kostecki ebbed and flowed over the next few laps.

They had put around two seconds between themselves and the next two, with Fullwood pressuring Blanchard around halfway through the 21-lap race.

The most entertaining battle was a stoush for ninth between Matt Chahda (#18 Matt Chahda Motorsport FGX Falcon) and Jake Kostecki, the latter of whom had in fact stalled when the lights went out and dropped to the rear of the 18-car field before the second corner mess.

That was eventually resolved in favour of Perkins, who moved to ninth when Chahda and Kostecki tangled as they entered the main straight at the end of Lap 12.

Randle was almost eight tenths clear when the Safety Car was called a second time due to Jake Kostecki stopping at pit entry with a driveline failure in the #56 Kostecki Brothers Racing VF Commodore.

He did in fact have a five-second penalty against his name for a false start, but instead walked back to his garage as the field compressed again.

The second restart came on Lap 19 but before they could get there, there was more chaos on the run to the final corner of the circuit.

Randle bolted on exit of Turn 12 but Kurt Kostecki did not, bottling up the field and causing Fullwood and Blanchard, who had swapped spots again on Lap 12, to bang together when they entered Boundary Street.

Kurt Kostecki then made an error up the road at Turn 2, which allowed Fullwood to go past at Turn 3.

Randle took victory in a race which went the prescribed distance but faces an investigation for either his original start or weaving at the first restart, with a report from the television broadcast contradicting the race control message on timing.

Perkins was 11th, followed home by team-mate Justin Ruggier (#88 VF Commodore) after he too had to stop at the second corner.

O’Keeffe was 13th, the last of the finishers, after serving a drive-through penalty for his Lap 1 driving infringement.

Armor All Qualifying for Race 2 of Round 3 starts tomorrow at 1005 local time/AEST. 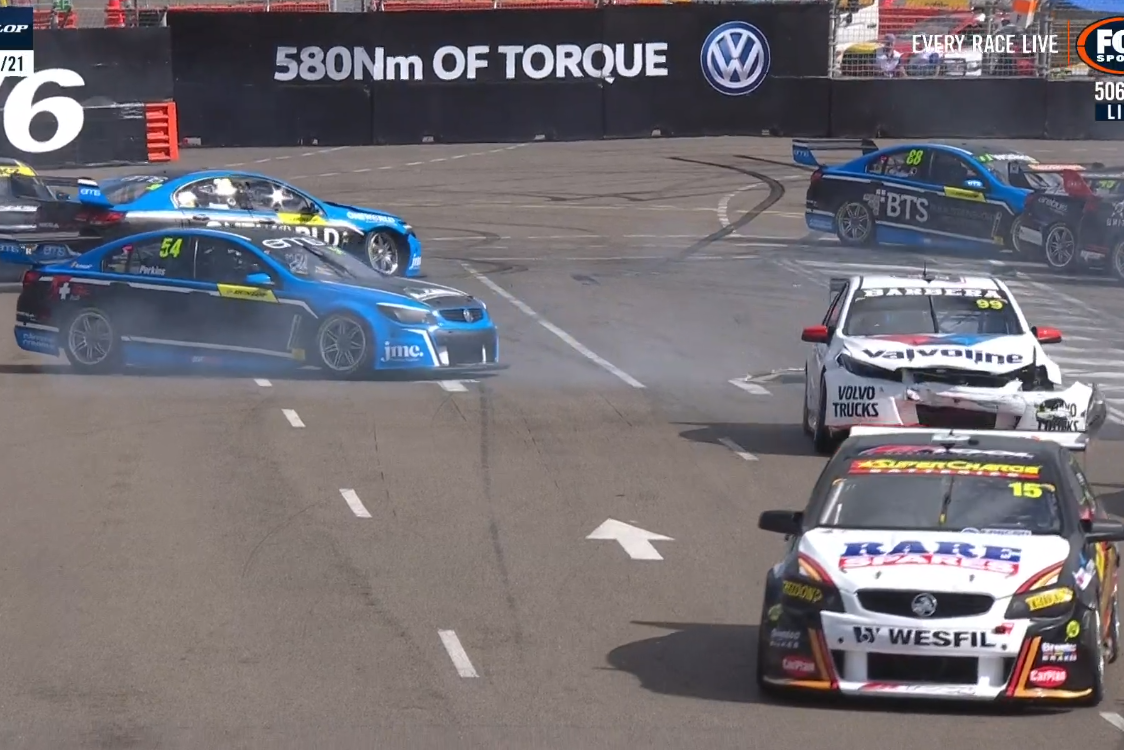 The second corner of the race pic: Fox Sports