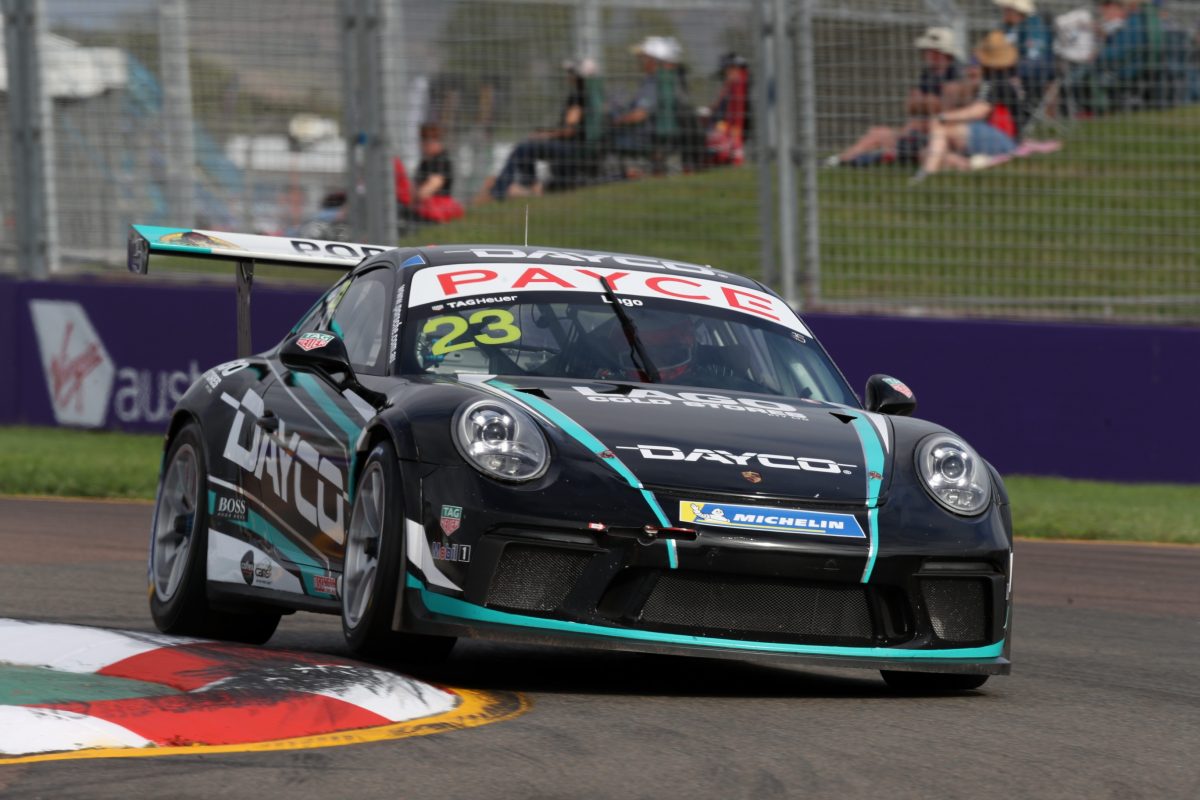 Lago blitzed the field, setting a 1:13.721s on his last run to eclipse Cooper Murray and become the first ever Pro-Am driver to claim an outright pole position in a single-driver Carrera Cup Australia event.

Such was the performance that Lago’s time put him more than a tenth clear of Murray at the top of the table.

It also ensured the continuation of this season’s qualifying trend, with Lago becoming the fifth different pole-sitter in five rounds in both Pro-Am and the outright fields.

The top 14 was covered by less than a second, with Anthony Gilbertson the next best Pro-Am runner in 10th outright, second in class.

Michael Almond set the benchmark in the first runs on a 1:14.048s, leading Murray and Maxwell.

Luff was the first to dip into the 1:13s bracket, going to the top as the timing screens lit up in the final two minutes.

Wood put himself second, just as Murray went fastest with a 1:13.721s.

However, Lago beat all of them and took both the outright and Pro-Am pole position as the chequered flag came down.

Race 1 for Porsche Payce Carrera Cup Australia will be at 1235 AEST.