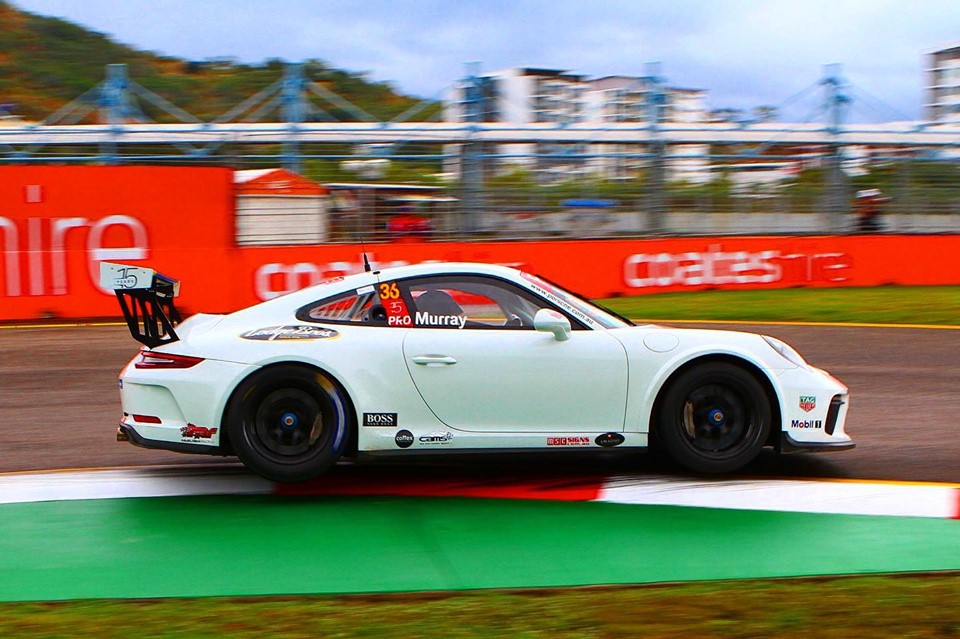 Cooper Murray grabbed his maiden Porsche Payce Carrera Cup Australia victory in Race 1 of Round 5 at the Watpac Townsville 400.

Murray got the better jump off the front row of the grid and cleared pole-sitter Roger Lago before the braking zone for Turn 2.

From there, the 17-year-old cleared off out front and crossed the line with a 6.5s lead over Warren Luff and Michael Almond.

On Lap 1, Pro-Am runner Lago held onto second position in front of a furious pack after stunningly clinching the outright pole position in qualifying.

Dale Wood momentarily got in front of Luff for third before they swapped back around in a tight squabble on the opening laps.

Cameron Hill passed a fast-starting Jordan Love for sixth, who then fell into the clutches of Thomas Maxwell.

Luff eventually got by Lago at Turn 9, with Wood and Michael Almond following through on Lago at the next corner.

Maxwell made contact with the rear of Love’s car at Turn 13, turning the West Australian around, with Steve Richards forced to take evasive action.

Both Richards and Love lost a significant amount of time, falling outside the top 15, while Maxwell copped a drive-through penalty which saw him drop to last on the road.

Almond made his move on team-mate Wood to go into third with a handful of laps to go.

The order remained the same until the chequered flag, with Murray heading home Luff, Almond, Wood, and Lago who held onto fifth outright and the Pro-Am win.

Tim Miles made contact with fellow Pro-Am competitors Dean Cook and Scott Taylor at Turn 13 in the opening exchanges, damaging Miles’ steering and forcing him to retire.

Love recovered to 12th at the flag.

The second race of the weekend for Carrera Cup Australia will be on Sunday at 0910 AEST.