McLaughlin hails one of his ‘most complete’ performances

McLaughlin hails one of his ‘most complete’ performances 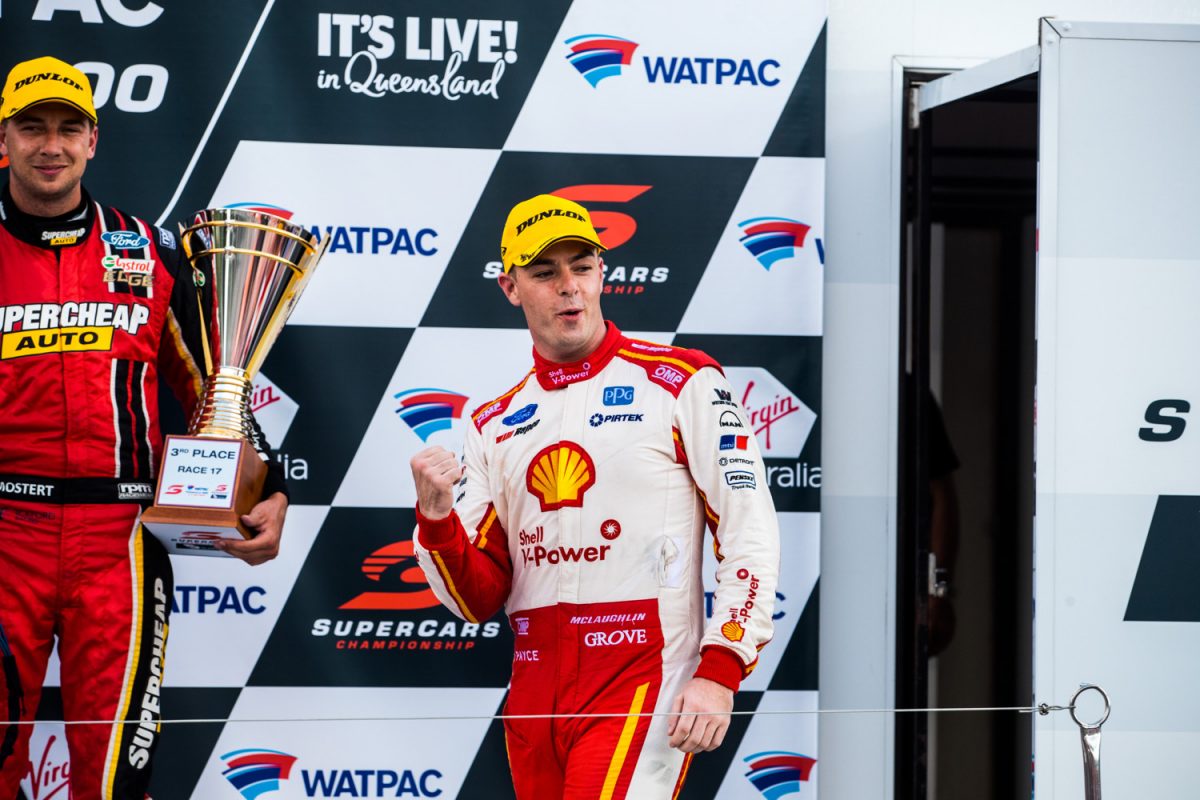 Scott McLaughlin has described his victory in Supercars Championship Race 17 at the Watpac Townsville 400 as “one of the most complete races I’ve had.”

The championship leader was third in Armor All Qualifying before an early battle in the race with Chaz Mostert, and then had to overcome Jamie Whincup after the Red Bull Holden Racing Team chose to put the seven-time champion on an aggressive undercut strategy.

McLaughlin prevailed fairly comfortable in the end, taking only five laps to overturn a 2.5s deficit to Whincup after his second pit stop and going on to win by 4.7s.

When asked if the win was one of his best of the year given Triple Eight’s past dominance at the Reid Park Street Circuit, McLaughlin replied, “I think that was one of the most complete races I’ve had.

“I had a good start, just felt like our tyre life was really good and we were driving to what we needed to do, I made the passes I needed to make, which was really cool, so it was a good thing.

“It’s something that I didn’t think wouldn’t happen after qualifying.”

McLaughlin also revealed that he feared his Shell V-Power Mustang had incurred bent steering in the battle he had with Mostert on Lap 17, when they duelled from Charters Towers Road well into the permanent section of the circuit.

The DJR Team Penske pilot dived past at Turn 3, only for Mostert to power alongside him on exit, with contact between the two before the Tickford driver finally shook off McLaughlin for the time being at Turn 6.

“I think we interlocked wheels, I don’t know, but when I went up I was sideways, I think it hit my wheel, and it snapped it out of my hand,” recalled McLaughlin.

“But it was solid racing, we battled hard, and then I just eventually had to get back and try to do the whole thing again.”

The win is McLaughlin’s 13th of the 17 races so far this season and sixth in a row, putting him one away from Jamie Whincup’s longest winning streak (achieved in 2008), and two away from Craig Lowndes’ Australian Touring Car Championship benchmark of eight (set in 1996).

With another 70-lap, 200km race to come tomorrow in Townsville, the 2018 champion is somewhat confident of matching the 2017 champion’s achievement in North Queensland.

“We’ll see, I don’t know,” said McLaughlin of the prospect.

“I think so, I think we’ve got good enough race pace, so we’ll see if everyone comes back with stronger cars; I think we’ll just see what we’ve got.”

Fabian Coulthard finished fifth from 13th on the grid in the #333 DJR Team Penske Mustang, meaning McLaughlin now heads his team-mate by 358 points at the top of the Virgin Australia Supercars Championship.