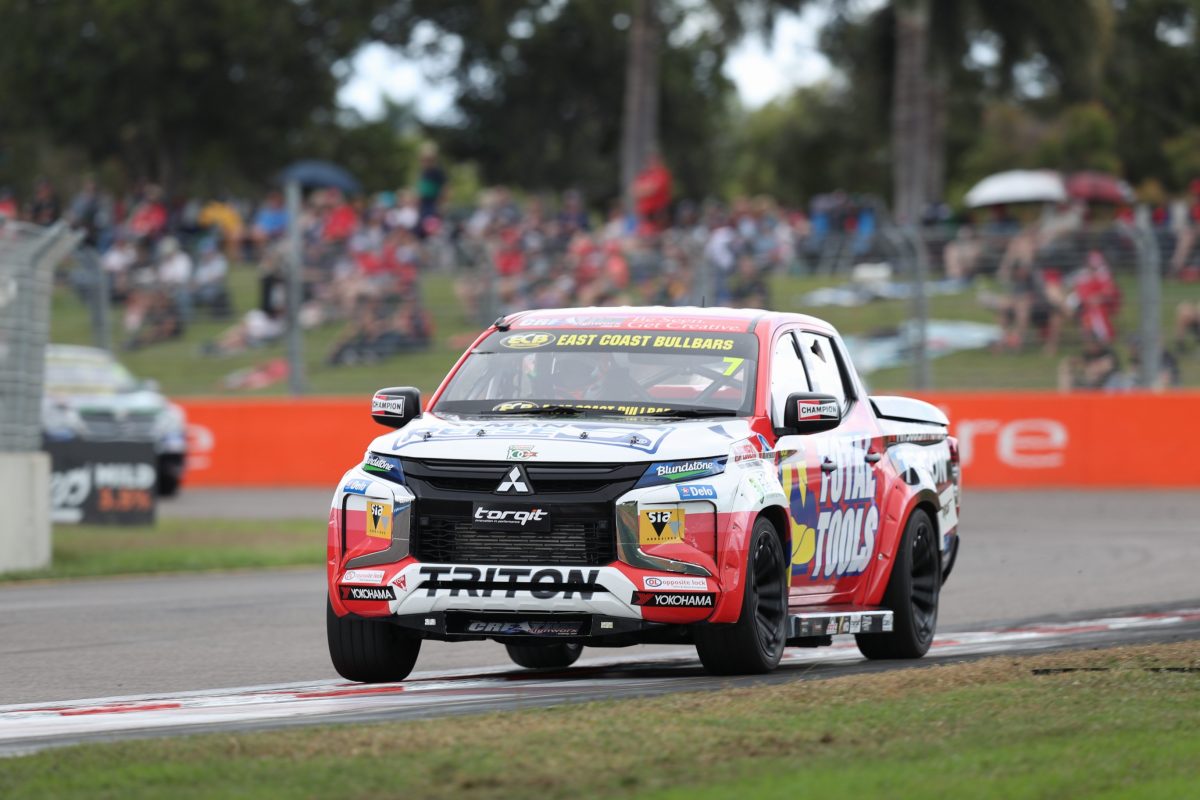 Cameron Crick converted pole position to a lights-to-flag win in the opening race of Round 4 of the SuperUtes at the Watpac Townsville 400.

Crick was on the defensive on the run through the first corner on Lap 1 and under braking for Turn 2, holding off Price and Harris.

Craig Woods (Toyota Hilux) was challenging Tom Alexander on the opening lap after a tardy start from the Isuzu D-Max driver, but Woods took to the grass at Turn 7 and fell to sixth behind Ben Walsh (Toyota Hilux).

Alexander then set off up the road and hooked onto the back of third-place man Harris, with second through fourth squabbling as Crick pulled a sizeable lead.

Woods began to put pressure on Walsh for fifth in the closing stages, but could not find a way by.

Madison Dunston finished ninth in the nine-car field for Race 1 after missing Practice 2 and Qualifying on Friday after her Holden Colorado was damaged in a crash during Practice 1.

Race 2 for SuperUtes will take place on Sunday at 0830 local time/AEST.