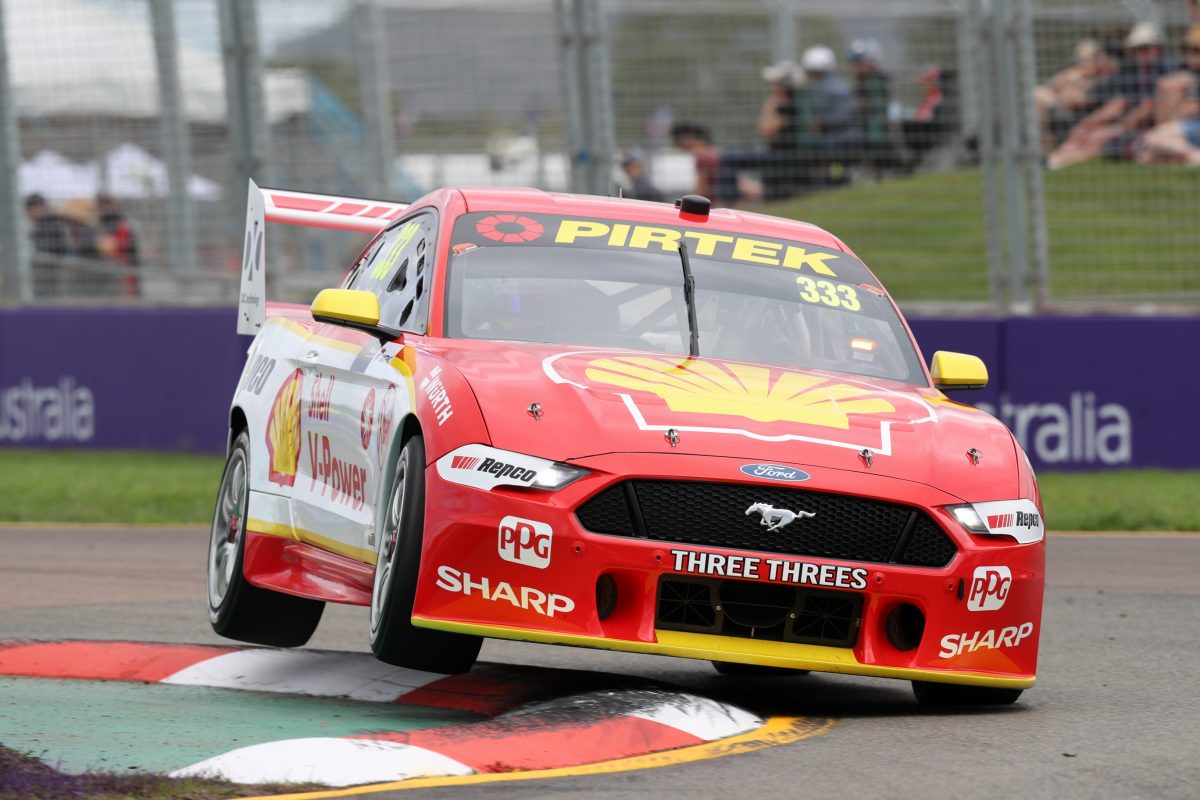 Fabian Coulthard has set the pace in the third and final practice session for the Watpac Townsville 400.

The Shell V-Power Racing Team entries finished 0.1806s apart in first and third with Scott McLaughlin losing a little time in the final sector on his fastest lap.

They were split by Brad Jones Racing’s Nick Percat, who elevated himself from 18th with the chequered flag out, while Friday fast man Lee Holdsworth was fourth, Jamie Whincup fifth, and Shane van Gisbergen back in 18th having not used new tyres.

Whincup looked like improving on his team-mate’s lap but dropped the left-hand side of his #88 ZB Commodore off the edge of the track exiting Turn 11 and pitted.

The championship leader suggested he was distracted by the Boost Mobile Racing entry which was just ahead of him by the end of that lap.

“I went deep, especially, but I think the GRM was a little bit… it was just distracting, I made a stuff-up,” said McLaughlin.

“I just didn’t know what he was going to do, but then went wide.

“But yeah, that was alright. Fabs’ good laps are good for me to look at data and that; there’s definitely a lot left in my thing.

“Car was really good, I just need to put the lap together myself. Yeah, look at the data now and see where we went wrong. I’m actually really happy with the car, I just need a little more.”

That left the door open for Coulthard to take over the lead and ultimate Practice 3 honours in a slightly overcast session with a 1:12.2862s just before the chequered flag, while Percat was 0.1632s away in the #8 Elite Roads ZB Commodore.

Holdsworth was an even later mover to fourth at 0.2946s off the pace in the #5 The Bottle-O Mustang, pushing Whincup back to fifth.

Coulthard commented, “We’ve just made a couple of adjustments here and there, but nothing too crazy, not far from our window; relatively happy.

“You’re probably still exploring the boundaries a little bit, seeing what you can get away with for qualifying. Probably last corner wasn’t perfect, but the rest of lap was pretty good.”

The Penrite Racing cars were both outside the top 10 with Anton De Pasquale (#99 ZB Commodore) in 14th and David Reynolds (#9 ZB Commodore) 20th, while van Gisbergen was 0.6879s off the pace in 18th as he stayed on used tyres in a bid to verify extensive set-up changes.

The next session is Armor All Qualifying for Race 17 at 1150 local time/AEST.