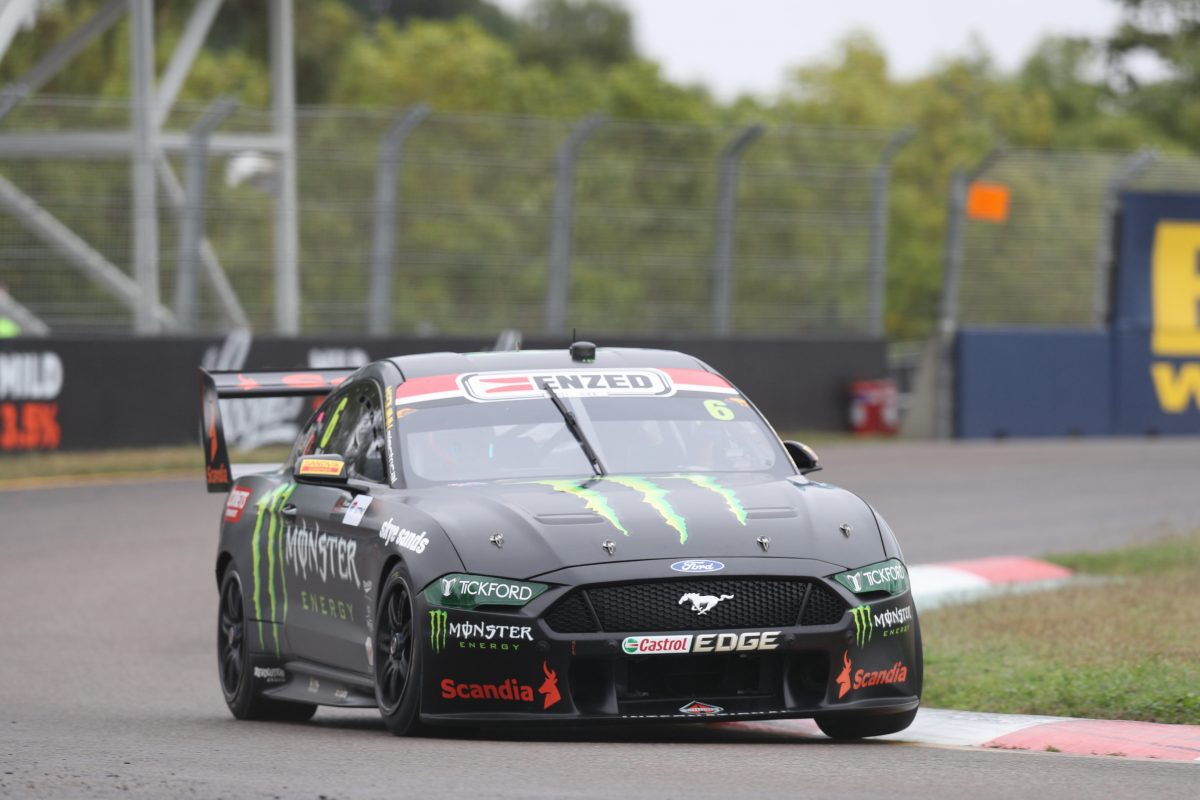 All but one car started the half-hour session on wet tyres after rain had fallen during the preceding Dunlop Super2 Series practice session, but a handful had moved onto slicks by the end of the piece.

Waters set a 1:22.6444s and then a 1:21.6395s on his final two laps in the #6 Monster Energy Mustang, which put him back on top of the timing screen after a spell in first position just before the halfway mark.

He bumped Mark Winterbottom from the top before the former Tickford driver, who was still on wets according to timing, improved to a 1:23.3096s in the #18 Irwin Racing ZB Commodore.

“Wet session, never in the nine years I’ve been here done a wet session here,” remarked Winterbottom after the Supercars Championship field had used wets for the first time ever at Townsville.

“It’s really slippery, surprisingly one of the slipperiest wet tracks I’ve ever driven on.

“The car felt reasonably nice to drive; you seen cars spearing off and (nearly) in the fence and in the dirt and stuff. It was tricky conditions.”

While timing showed all four on wets, Slade was reportedly on slicks when he set his 1:23.6770s.

Jamie Whincup (#88 Red Bull HRT ZB Commodore) was briefly fastest with a 1:23.9310s but that lap stood up for only seventh position once the whole session had played out.

Holdsworth and Slade both had nervous moments near the beginning of the session when they each spun on the painted verge at the exit of Turn 6, with the former coming particularly close to sliding all the way into the inside wall.

Whincup slid on the edge line and ran long at Turn 11 just after the halfway mark, also with no harm done.

Scott McLaughlin set his fastest lap on slicks as he finished 14th in the #17 DJR Team Penske Mustang at 2.7986s off the pace.

Shane van Gisbergen (#97 Triple Eight ZB Commodore) was on slicks throughout in a bid to save wet tyres and was 22nd and last of those who took to the race track.