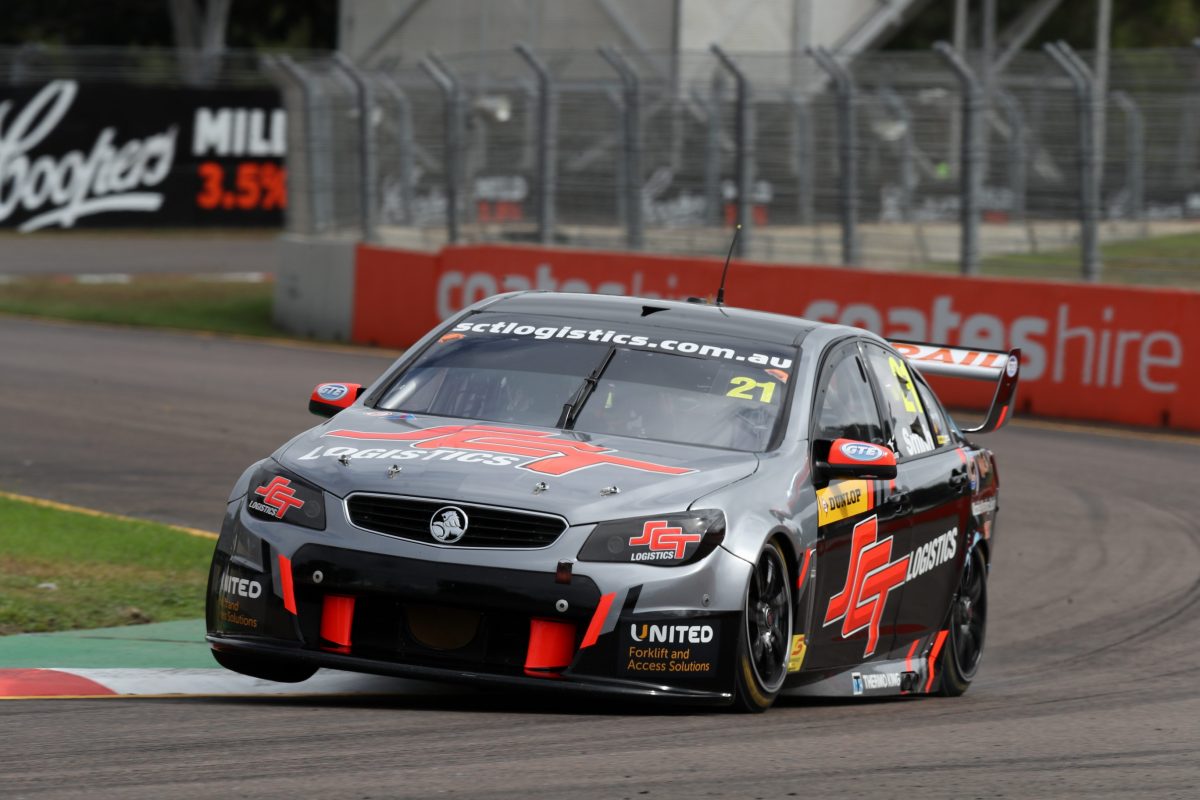 Jack Smith has edged Thomas Randle to the top spot in Friday practice for Round 3 of the Dunlop Super2 Series in Townsville.

In a 40-minute session in which a number of the major players did not go for a new tyre run, Smith’s 1:14.5049s in the #21 Brad Jones Racing VF Commodore was the best for Practice 2 and the day combined.

Fastest before Smith’s fast lap was Randle, who finished 0.0828s adrift in the #5 Tickford FGX Falcon.

Adam Marjoram (#15 Image Racing VF Commodore), who was fastest before Randle, was ultimately third at 0.2642s back from Smith.

Randle was the pace-setter on the first timed laps before last-time race winner Ash Walsh assumed the lead for the majority of the session, which was run on a dry track after showers earlier in the day at the Reid Park Street Circuit.

Walsh twice improved while already holding the fastest lap to go as quick as a 1:15.0837s on his second run in the #35 Matt Stone Racing VF Commodore.

He did not subsequently take new tyres and was shuffled back to 11th by the end of the session.

Grove was one of the first three onto green tyres in his #10 Triple Eight Race Engineering VF Commodore and held the lead for a period of time before finishing 0.2919s back.

Jake Kostecki was also temporarily fastest in the early new tyre running, but his session concluded in less favourable circumstances when he slide the #56 Kostecki Brothers Racing VF Commodore into the tyre wall at Turn 3 at the very end.

Kostecki ended up eighth having had the main incident of the session, although Smith did have a spin at Turn 2 and Justin Ruggier had to pit to have a loose GPS sensor on the #88 Eggleston Motorsport VF Commodore fixed.

Jordan Boys did not set a representative time due to fuel pressure problems in the #49 Image Racing VF Commodore.

Armor All Qualifying for Race 1 of the weekend starts tomorrow at 0925 local time/AEST.