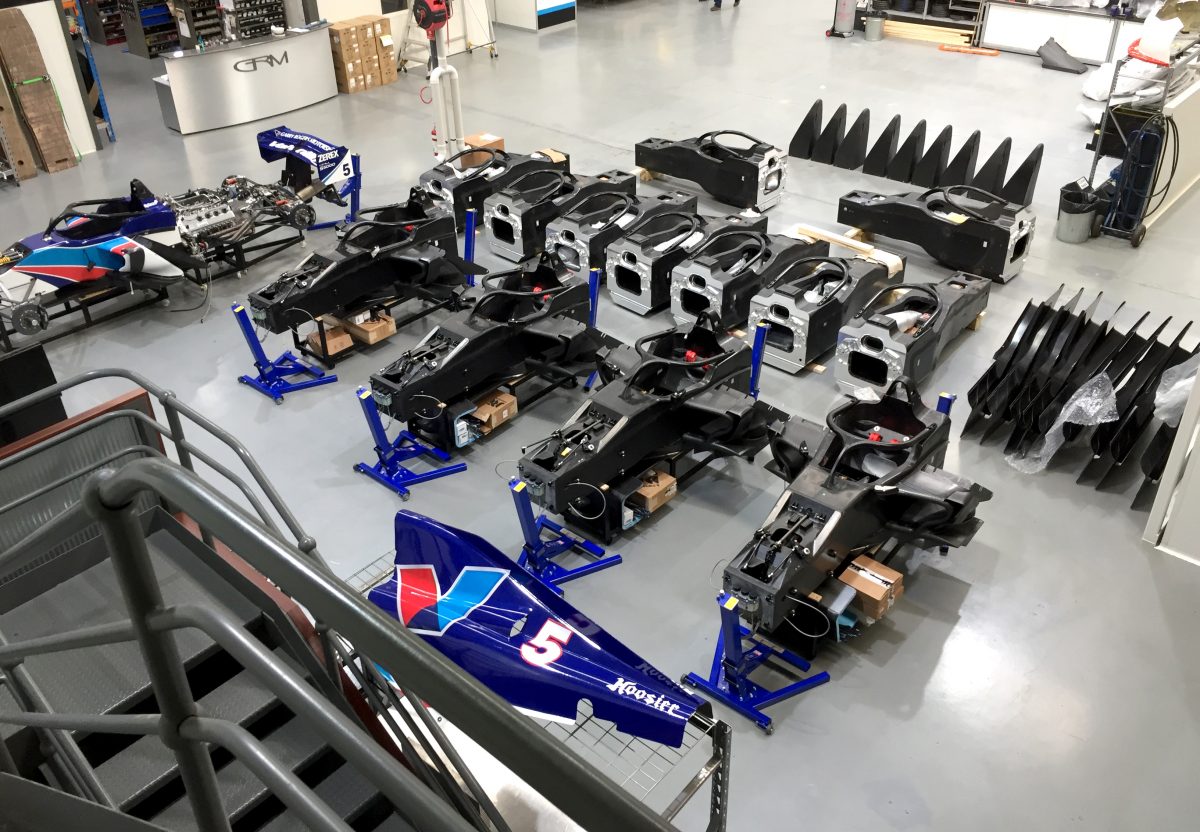 All 14 S5000 chassis have arrived in Australia

Garry Rogers Motorsport has taken delivery of all 14 tubs that make up the first batch of S5000 cars ahead of the single seater series anticipated debut.

The Melbourne squad and technical partner for the S5000 series has been charged to develop and build the Onroak-Ligier V8 powered open wheelers.

This week the remaining nine tubs ordered have arrived from the US, joining the original car and the other four which landed in March.

GRM will now focus on building up the cars in time for the series launch at Sandown from September 20-22.

“It’s fantastic to see the remaining nine tubs arrive in Melbourne, on schedule and ready for our team to start to piece together,” said GRM owner Barry Rogers.

“We’ve been working hard and smart behind the scenes in preparation for this. Now with all of the tubs in place, we can start to bring them to life. It’s a mammoth task, but everyone is going at a million miles an hour to get it done.

“While we have completed as much of the manufacturing as we can in-house, we are also using a number of trusted suppliers who have been working just as hard to get us to this point.

“Every time we put the Valvoline-liveried S5000 out on the track, we get a great reaction. It’s it going to be amazing to have all of these out on track to bring back a ‘hero’ open-wheel class of racing to Australia.”

Competitors for the inaugural S5000 Series are yet to be announced.