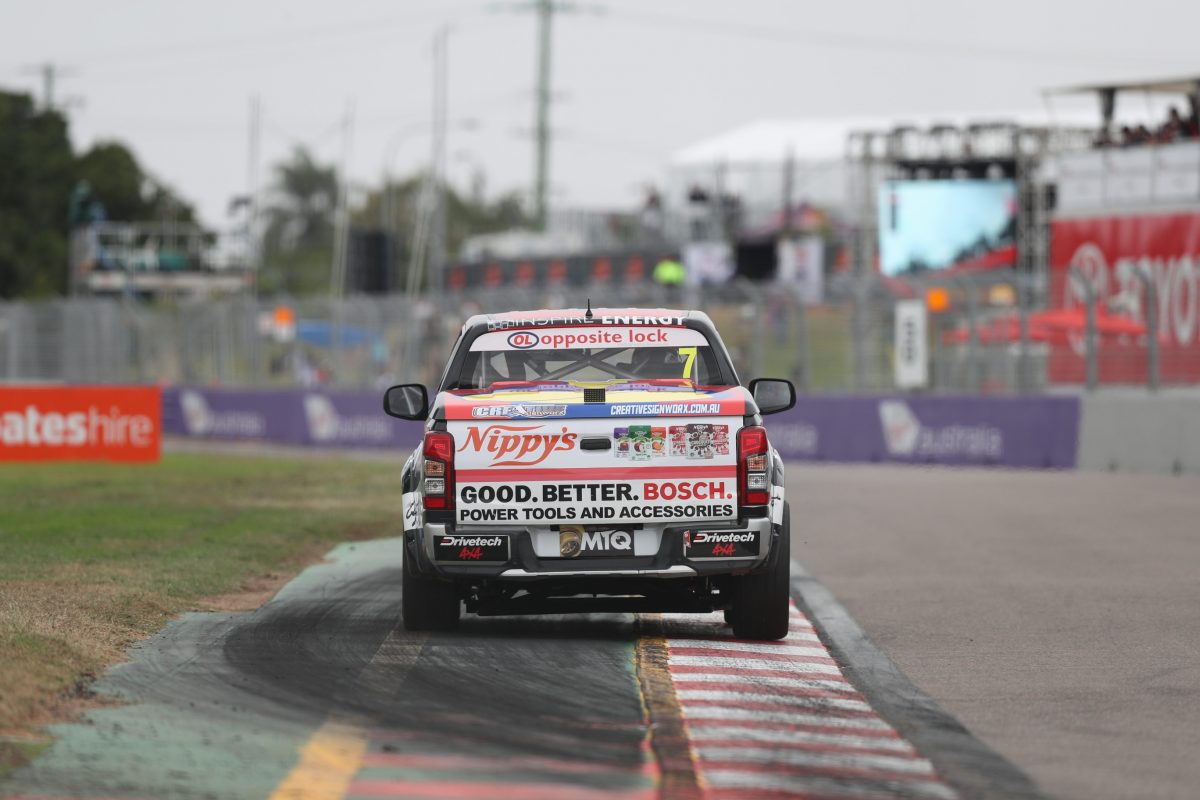 Cameron Crick took the Armor All Pole Position for Round 4 of the ECB SuperUtes Series after getting a lap in before the rain came down at the Watpac Townsville 400.

Toby Price (Mitsubishi Triton) slotted into second, two tenths off pole and in front of Harris.

Series leader Tom Alexander (Isuzu D-Max) took third away from Harris, however, the latter claimed it back and had his eyes on snagging more positions.

Light rain began to fall in the final five minutes of the session, making track conditions slippery and spoiling Harris’ shot at pole, with the Peters Motorsport driver unable to find more time in the conditions and spinning at Turn 8.

Most of the field remained in pit lane until the chequered flag.

Crick earned his second pole of the season, at more than 2.7s faster than the old Townsville practice record in the second meeting with the new wheel and tyre package.

Price and Harris held on to second and third respectively as Alexander and Craig Woods completed the top five, the latter’s Toyota Hilux having been repaired after a smack with the wall in Practice 2.

Only eight SuperUtes made it out in qualifying, with Madison Dunston’s Holden Colorado absent following a crash in Practice 1.