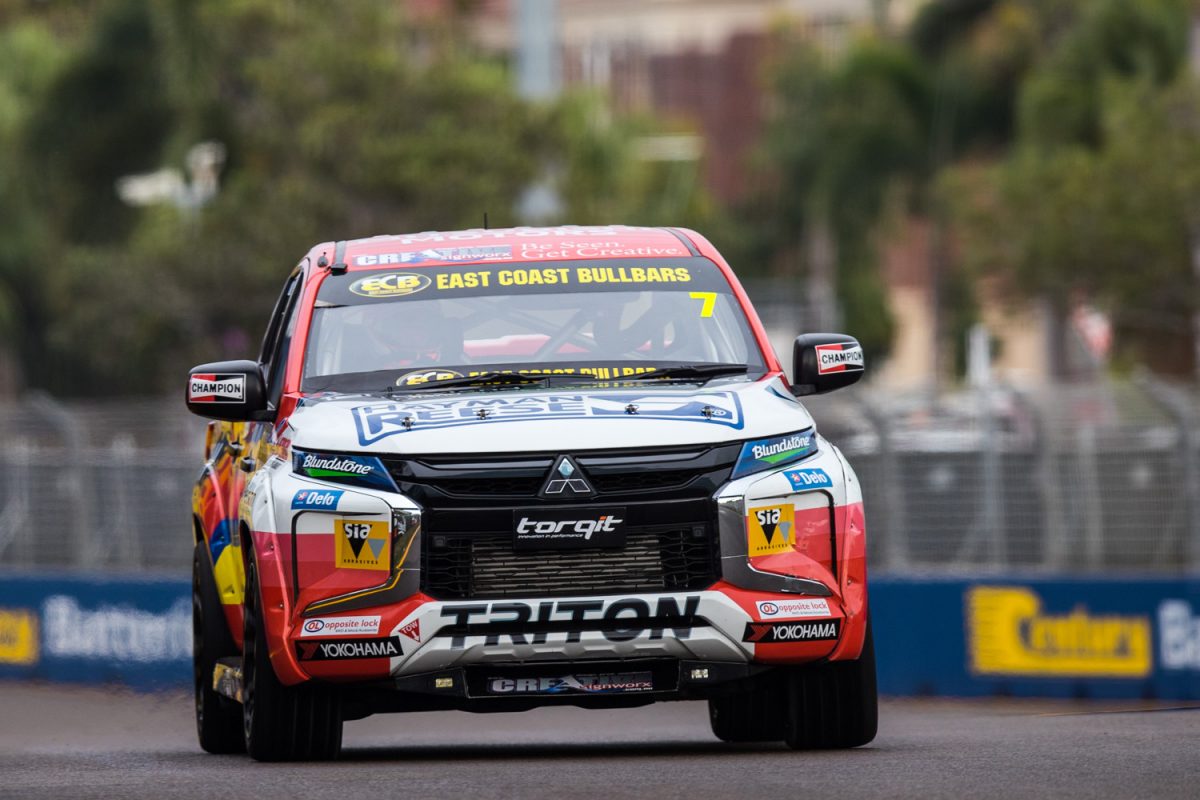 Heavy rain greeted the field for the 20-minute encounter which intensified as the session went on.

Crick (Mitsubishi Triton) laid down a 1:43.754s in the first 10 minutes, putting him ahead of Ryal Harris (Mazda BT-50), with no improvements coming for the remainder of the session. 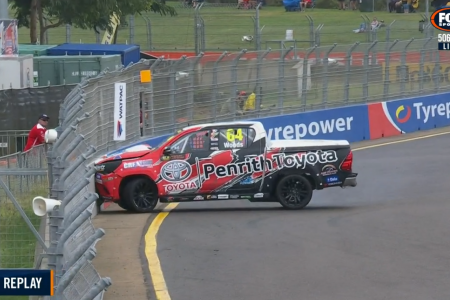 Toby Price was third on the timesheets, despite an early spin at Turn 3 in his Mitsubishi Triton.

Craig Woods brought out the red flag shortly after the halfway mark when he dropped it on the exit of Turn 6.

His Toyota Hilux snapped sideways and nosed into the inside concrete wall, needing to be recovered.

Race control subsequently extended Practice 2 by three minutes, however Harris did not return to the track.

Eight of the nine cars entered for the weekend made it out for Practice 2, with Madison Dunston’s car having gone off-site for repairs following a crash in Practice 1.

That session, while taking place in damp conditions, was the faster of the two and was topped by Harris.

Armor All Qualifying for the SuperUtes gets underway at 1520 local time/AEST.