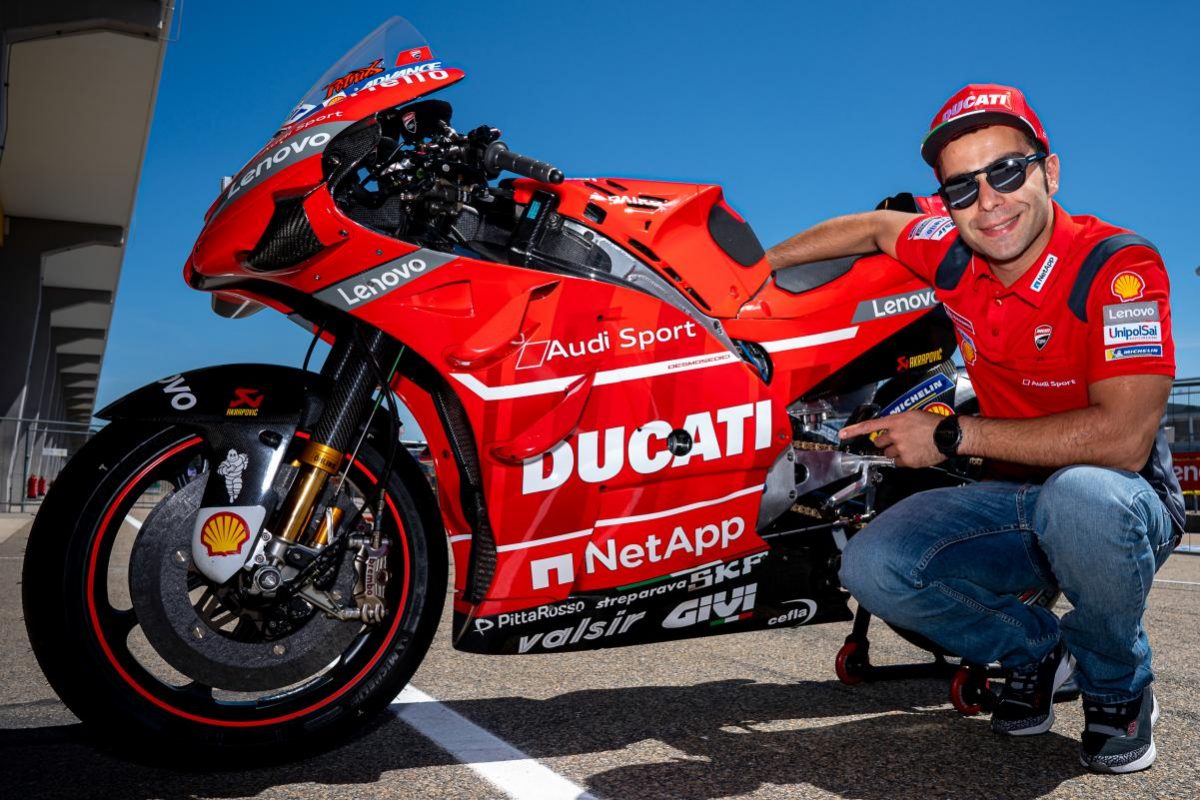 Ducati has announced that Danilo Petrucci will remain at the factory team for another season.

Petrucci was on a one-year deal having got the nod ahead of Jack Miller to step up from satellite Ducati team Pramac Racing at the end of 2018.

The Italian and the Australian were again the two main contenders for a seat alongside Andrea Dovizioso at Mission Winnow Ducati in 2020, and Miller appeared to have the wood on Petrucci earlier in the season.

However, the incumbent factory rider achieved his maiden MotoGP win at Mugello and also finished on the podium in the races immediately before and after.

At last weekend’s Dutch TT, Miller stated that his own renewal with Pramac was all but done.

Should that deal indeed come to pass, there will be stability at both the factory and its senior satellite team, with Dovizioso and Francesco Bagnaia on two-year contracts at their respective outfits.

Ducati would have to supply Desmosedici GP20 bikes to all four in 2020 given that Bagnaia is contractually entitled to ride the latest specification by that time and Miller has been assured that he would also receive one.

Practice for the German MotoGP starts tomorrow at 1755 AEST.