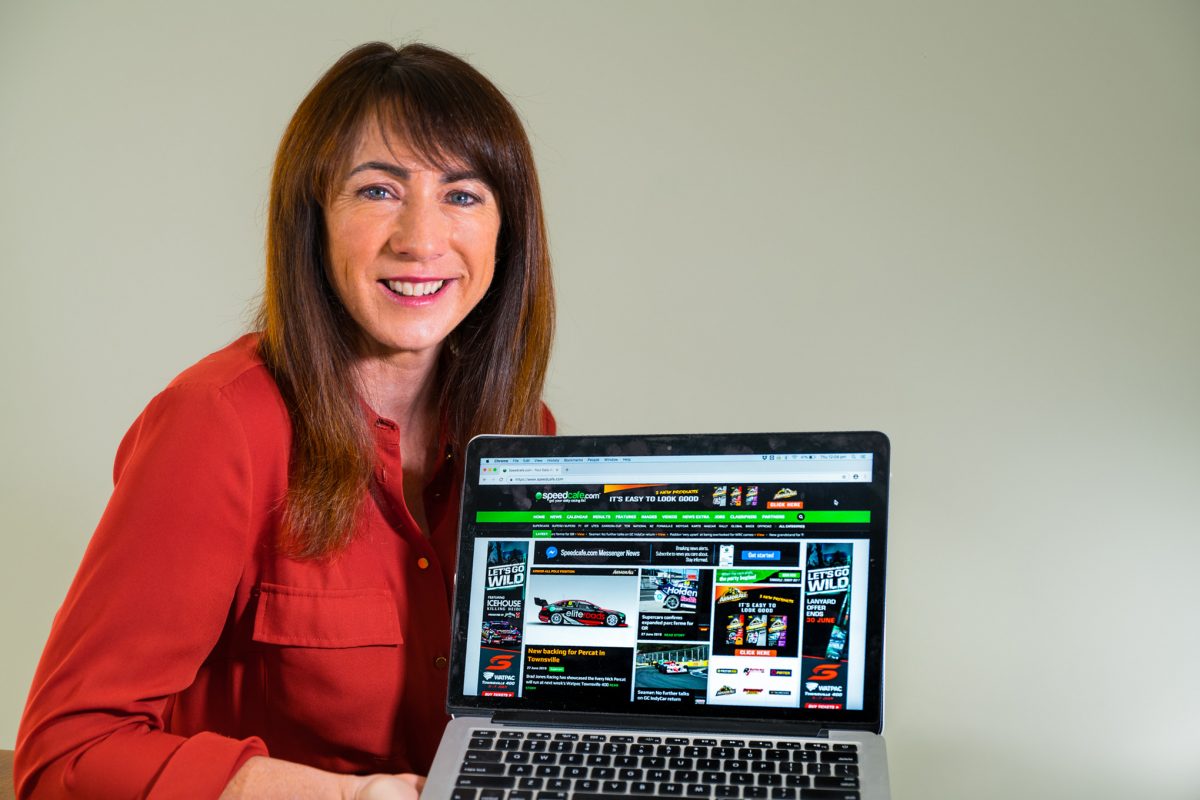 Speedcafe.com has extended its reach and commitment to the motorsport community with the creation of an exclusive women’s news section, headed by long-time motorsport journalist Kylie King.

King was a feature writer/producer for Ten’s motorsport program RPM from 2003 to 2009 and part of the reporting/presenting team for major sporting broadcasts of the Australian Formula 1 Grand Prix, Australian Motorcycle Grand Prix, Supercheap Auto Bathurst 1000 and Rally Australia for Network Ten.

She retains a role as a contracted motorsport reporter/producer for Supercars Media, covering support categories as part of the Supercars Championship – aired on Fox Sports and Network Ten.

King is a popular member of the paddock and continues to work in morning radio in Albury while also running her own local online publication.

“I think we are in exciting times when it comes to women in motorsport and I am delighted to be a part of this initiative from Speedcafe.com,” said King.

“It’s been wonderful to see growing interest from women and girls to not only participate on the track, but also take up key roles with teams, media, and the motorsport industry in general.

“I look forward to helping unearth some of the stories surrounding women in motorsport, showcasing their talents, potential, and passion while encouraging a new generation of fans and participants to our sport along the way.”

The Speedcafe.com women’s section will be a hub for news relating to the growing list of female organisations and initiatives created locally and globally in the last few years, including Susie Wolff’s global Dare to be Different program.

The resource will also provide an opportunity to highlight the achievements of female competitors, crews, and administrators, both nationally and internationally.

The real female pioneers of the sport in Australia can be traced back to drivers the calibre of Joan Richmond who was successful locally, but whose major claim to fame came with victory in the 1000-mile Brooklands event in England in 1932.

Christine Gibson and Sue Ransom continued to lead the charge with high-profile Bathurst starts in the 60s and 70s, Robyn ‘Charlie’ Hamilton paved the way in Formula Ford and Formula Renault, while Melinda Moore flew the flag in speedway.

Participants like Leanne Tander, Coral Taylor, and Rachelle Splatt have been real stalwarts on the national front for many years.

The off the track commitment and successful investment of identities like Erebus Motorsport Supercars team owner Betty Klimenko must be celebrated, while at the grassroot levels, female participation through volunteer bodies is healthy.

CAMS has established its women’s commission which is led by the talented Jessica Dane and we have seen initiatives like Dare to be Different gain traction on a local and international level.

There has also been the establishment of activities like the Women’s Motorsport Development Program by the NSW Road Racing Club.

The junior levels of the sport are healthy on the female front with increased numbers across the board. The Australian Karting Association currently has 450 licenced females competitors.

While there will be a focus on Australian and New Zealand competitors, there will also be regular coverage of international racers, events and initiatives.

“There has been a real momentum for women’s sport in recent years through sports like AFL, soccer and the traditional netball,” said Speedcafe.com founder Brett ‘Crusher’ Murray.

“At the same time it has been encouraging to see bodies like the FIA and CAMS doing their bit for women in the sport through programs like Dare to be Different and we thought it was important to create a space to support those initiatives and many others.

“I have known and been friends with Kylie King for more than 20 years and could not think of anyone better to lead this section of the site given her own pioneering efforts as a successful journalist and presenter in the sport.

“Now we have created this outlet it will be up to the related bodies to get their communication structures and systems in order to take advantage of them, knowing their efforts will have an audience.

“We need to encourage participation at all levels and all sections of the sport. The last thing we need is potential female participants or fans heading to other sports, or worse, current enthusiasts leaving the sport.”