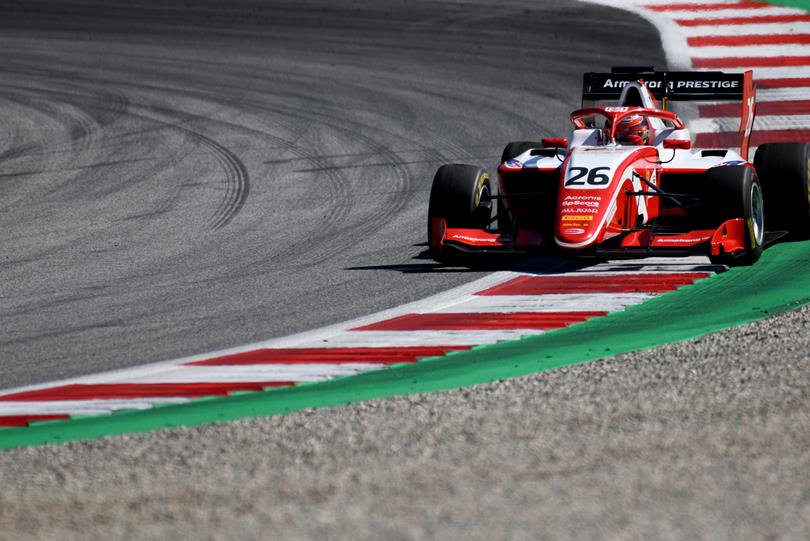 Juri Vips became the first non-Prema victor of 2019 by sealing a maiden Formula 3 race win at the Red Bull Ring, while Marcus Armstrong has a mixed weekend.

Rising from third on the grid, ART’s Vips engaged in a brief scuffle for second before chasing down and passing Armstrong for the lead.

The New Zealander then slipped to third when Max Fewtrell found a way through, the trio running in that order to the flag.

Liam Lawson finished in 14th, in a three-way battle for 13th place, while Australian Alex Peroni could only manage 21st to be the leading Campos Racing entry home.

Jake Hughes then emerged victorious in Race 2 after a final lap collision between Robert Shwartzman and Armstrong.

While the Russian was able to continue, he was subsequently handed a five-second penalty, promoting Hughes to victory from Jehan Daruvala and Shwartzman.

Peroni retired after skating into his Campos team-mate Sergio Fernandez at Turn 3 in the closing stages, while Lawson finished a lap down in 23rd. 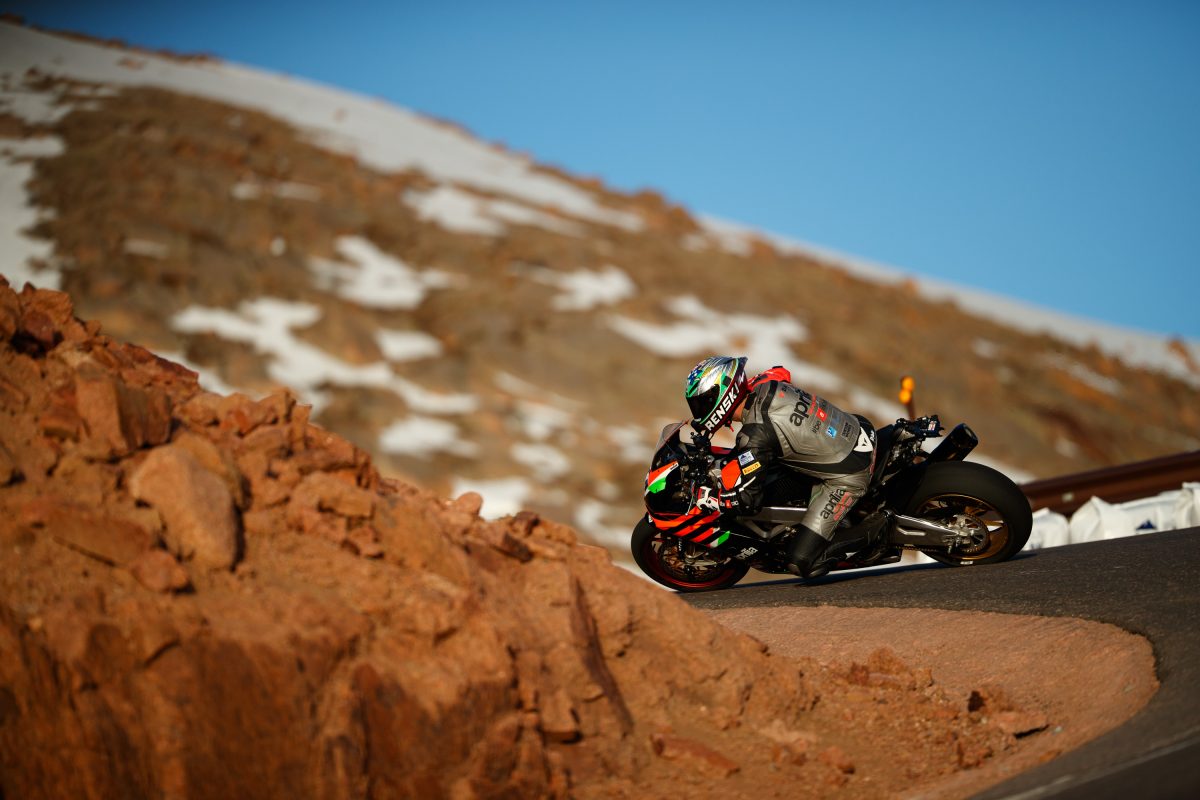 Rennie Scaysbrook has become the first Australian to win the Pikes Peak International Hill Climb, in the motorcycle division.

Chris Fillmore had set the previous Heavyweight record time in his 2017 victory, and for a brief period held the Pikes Peak benchmark time in all three motorcycle divisions when he added the Lightweight record this year.

There was tragedy when four-time winner Carlin Dunne, who qualified fastest overall in motorcycles, fatally crashed near the finish line. 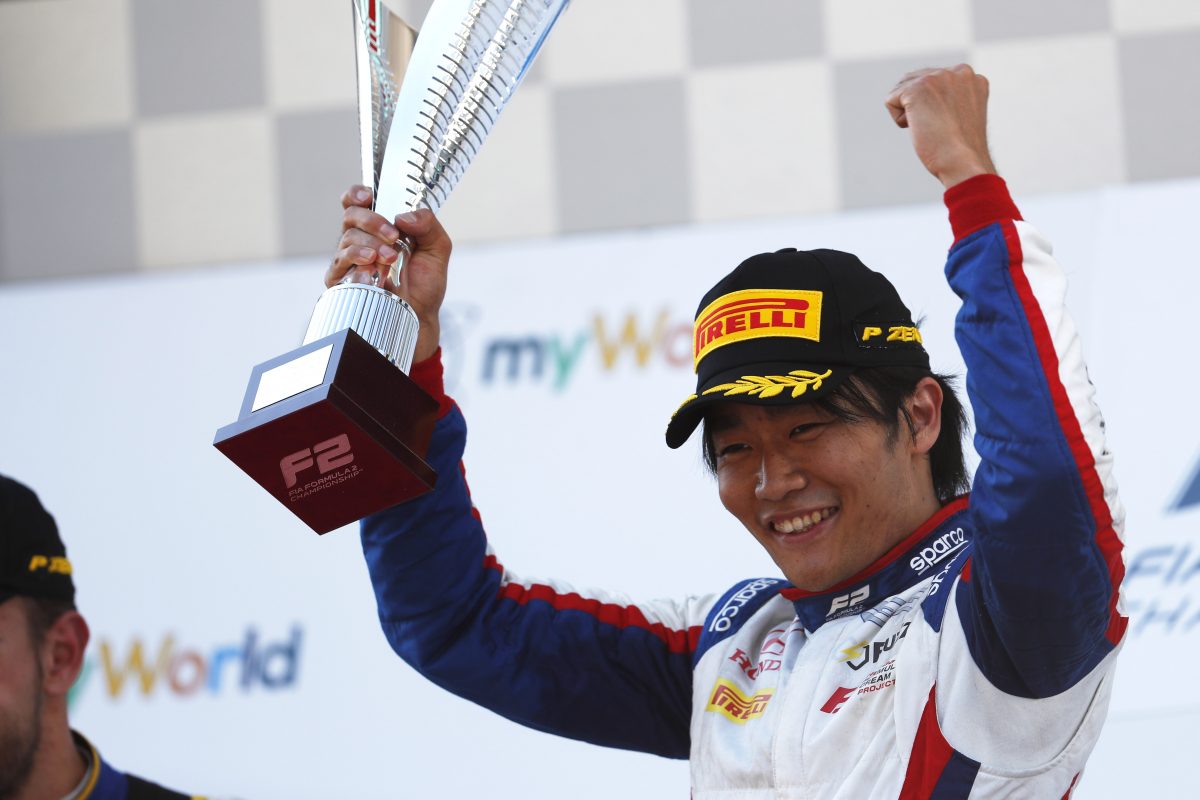 The Japanese driver passed Nyck De Vries in the closing laps to take the win, Luca Ghiotto also finding a way through to claim second leaving the ART Grand Prix river third at the flag.

Sergio Sette Camara then claimed victory in the weekend’s Sprint Race from Ghiotto and de Vries.

It was Sette Camara’s first win of the season, the Brazilian controlling the race despite a late Safety Car interruption.

De Vries continues to lead the championship, which heads to Silverstone on July 12-14. 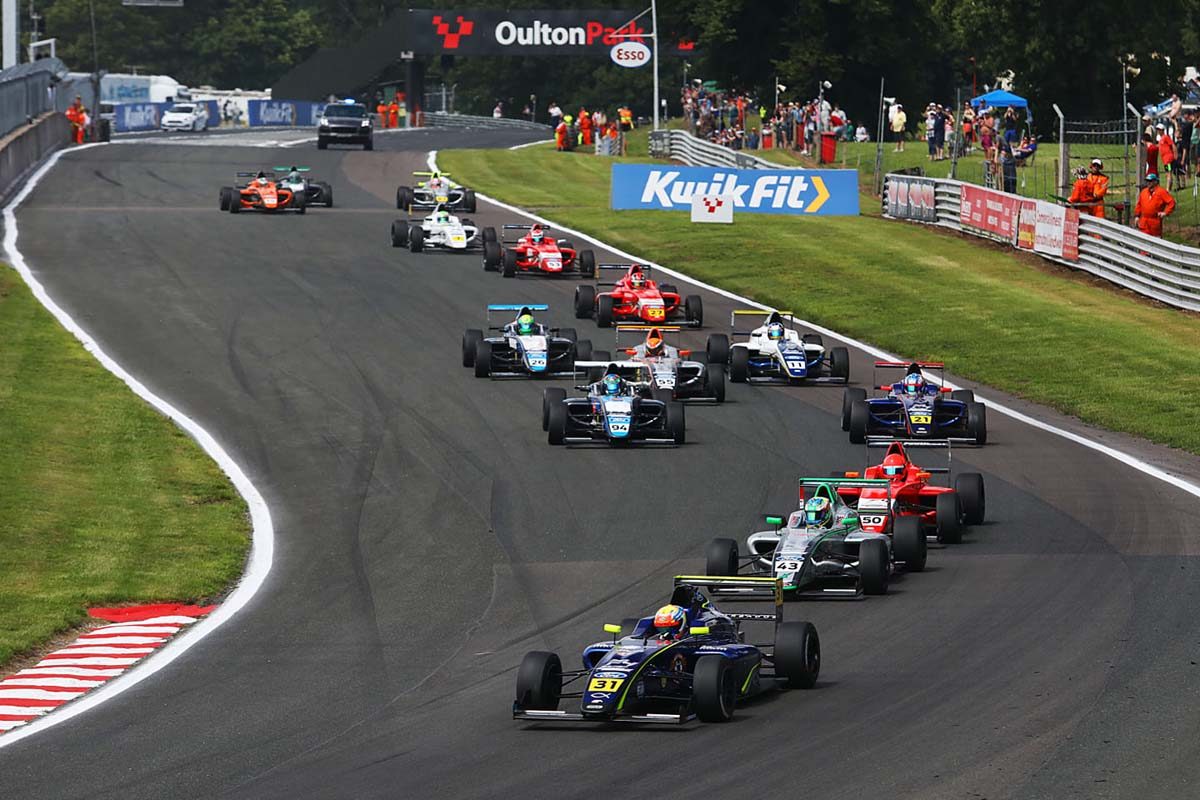 Australian youngster Bart Horsten had an up-and-down weekend of racing in the British Formula 4 Championship at Oulton Park.

The teenager opened his account with third in the first race, but then slipped to eighth in Race 2, climbing just one spot in the weekend’s finale as he battled with Alex Walker.

The weekend was dominated by Zane Maloney, who claimed a clean sweep with pole position and three wins.

His record now stands at an unmatched seven consecutive wins in the series, and he holds a 55 point advantage in the championship.

Snetterton hosts the next round of the competition on August 3-4. 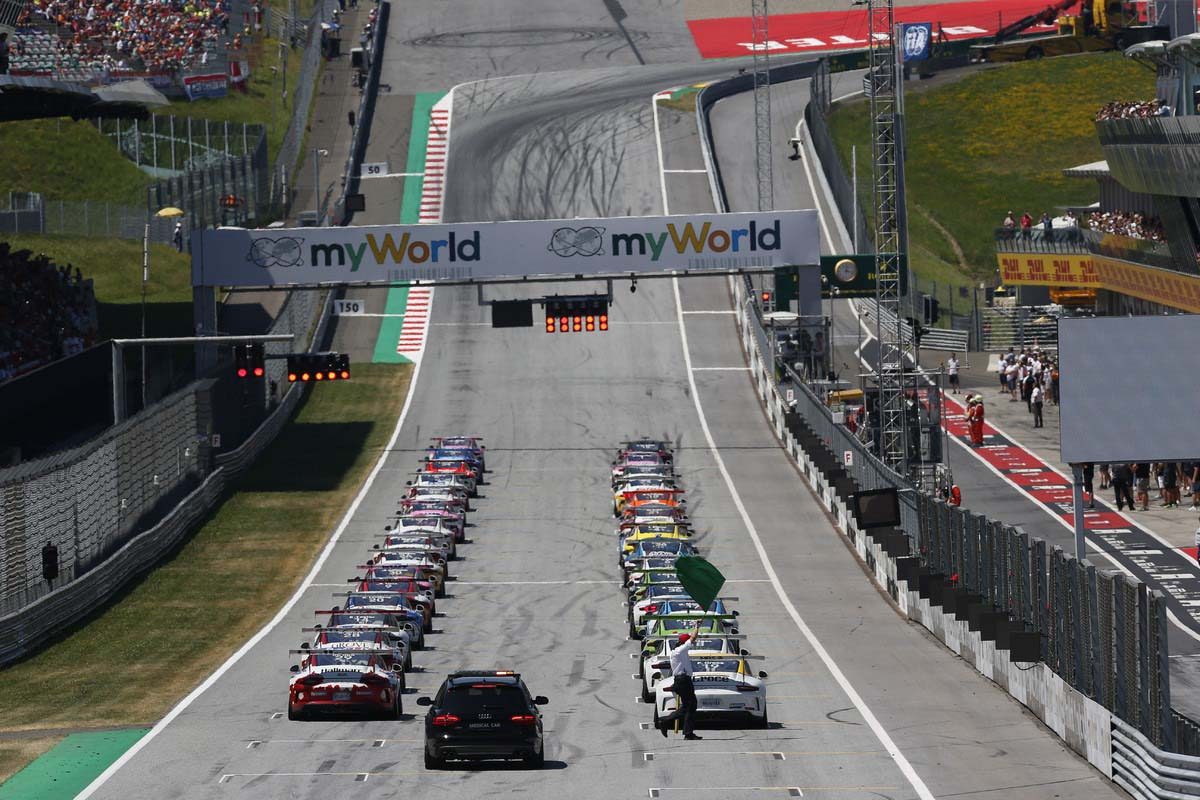 Julien Andlauer won the Porsche Supercup Race at the Red Bull Ring by more than five seconds from Michael Ammermuller with Larry ten Voorde in third.

Jaxon Evans finished in ninth, the New Zealander making up four places during the 17 lap encounter after starting 13th.

The series next moves to Silverstone on July 12-14 in support of the Formula 1 British Grand Prix. 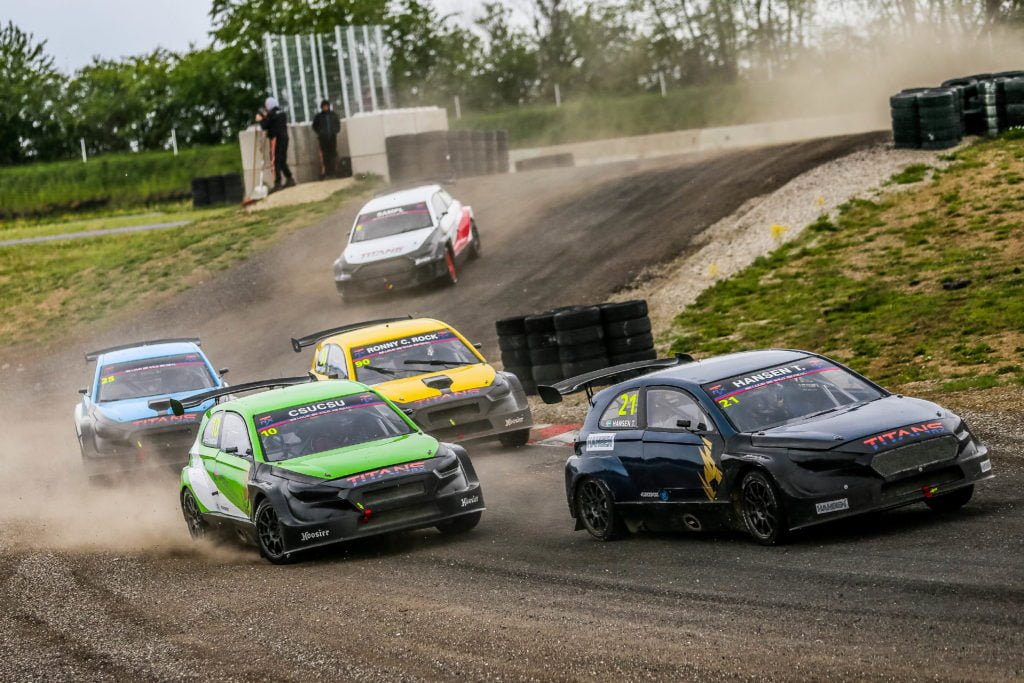 Hayden Paddon recorded results of fourth and a disqualification in the inaugural TitansRX event at Essay, France.

The New Zealander started the six-car final for Round 1 of the rallycross series from the back row but quickly moved into fourth and ended up just shy of third placed Jerome Grosset-Janin at the finish.

He was disqualified from Round 2 after contact which spun Antoine Masse in the second semi-final, causing the Frenchman to hit a barrier and suffer broken suspension.

Topi Heikkinen and Timmy Hansen split the wins in the finals. 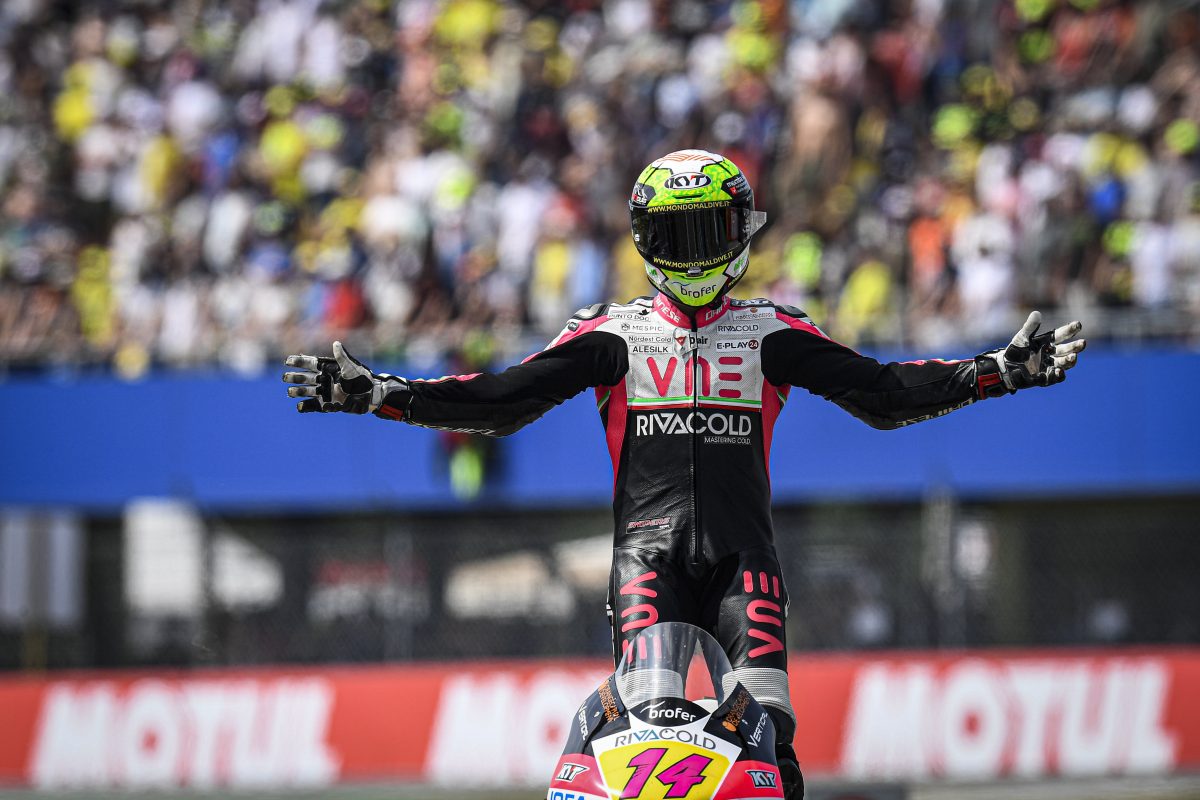 The Italian hit the front when he passed Lorenzo Dalla Porta at the fourth-last corner of the race, and just held on at the chequered flag.

Aron Canet (Sterilgarda Max KTM) was 12th, and takes a seven-point championship lead over Dalla Porta to the Sachsenring this coming weekend.

CLICK HERE for Moto2 report and comments from Remy Gardner. 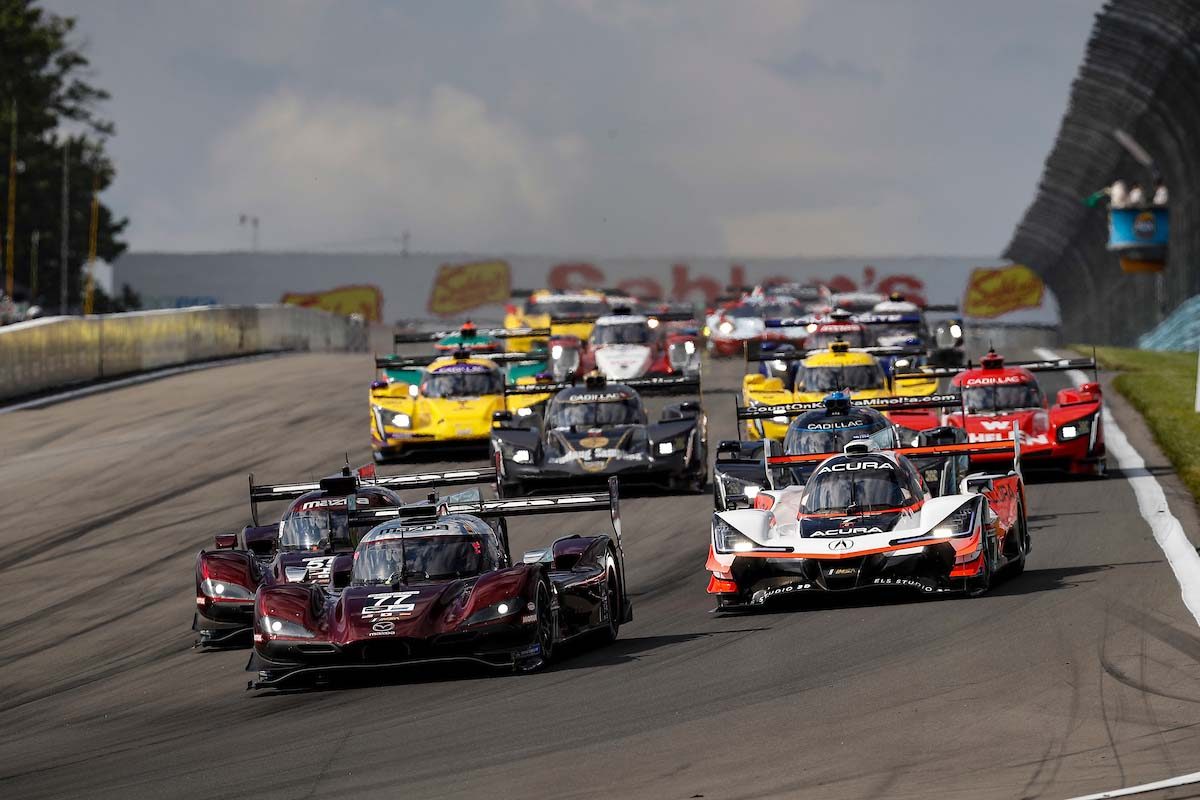 Mazda Team Joest recorded a one-two result at the 6 Hours of Watkins Glen, the team’s first win in five years.

Winning the overall Prototype class, the Mazda squad led the race from the start, with the Oliver Jarvis, Tristan Nunez, and Timo Bernhard entry initially at the head of proceedings.

However, that entry dropped to second behind the sister car piloted by Harry Tincknell, Jonathan Bomarito, and Olivier Pla.

The two then remained in that order at the finish, heading the Juan Pablo Montoya/Dane Cameron Acura by just under 12 seconds after 211 laps.

Ryan Briscoe finished third in GTLM in the Ford GT he shared with Richard Westbrook, the class won by Patrick Pilet and Nick Tandy aboard a Porsche 911 RSR.

Jan Magnussen and Antonio Garcia were second for Corvette while Earl Bamber and Lauren Vanthoor were sixth in class.

There was just six tenths splitting the top two runners in GTD, with the Acursa NSX GT3 of Mario Farnbacher, Trent Hindman, and Justin Marks edging out Bill Auberlen, Robby Foley, and Dillon Machavern in a BMW M6 GT3.

In LMP2 the Oreca of Matt McMurry, Gabriel Aubry, and Eric Lux took honours courtesy of being the only car in class, finishing 10th overall.

A quick turnaround sees teams head to Mosport Park this weekend for the next round of the series (July 5-7). 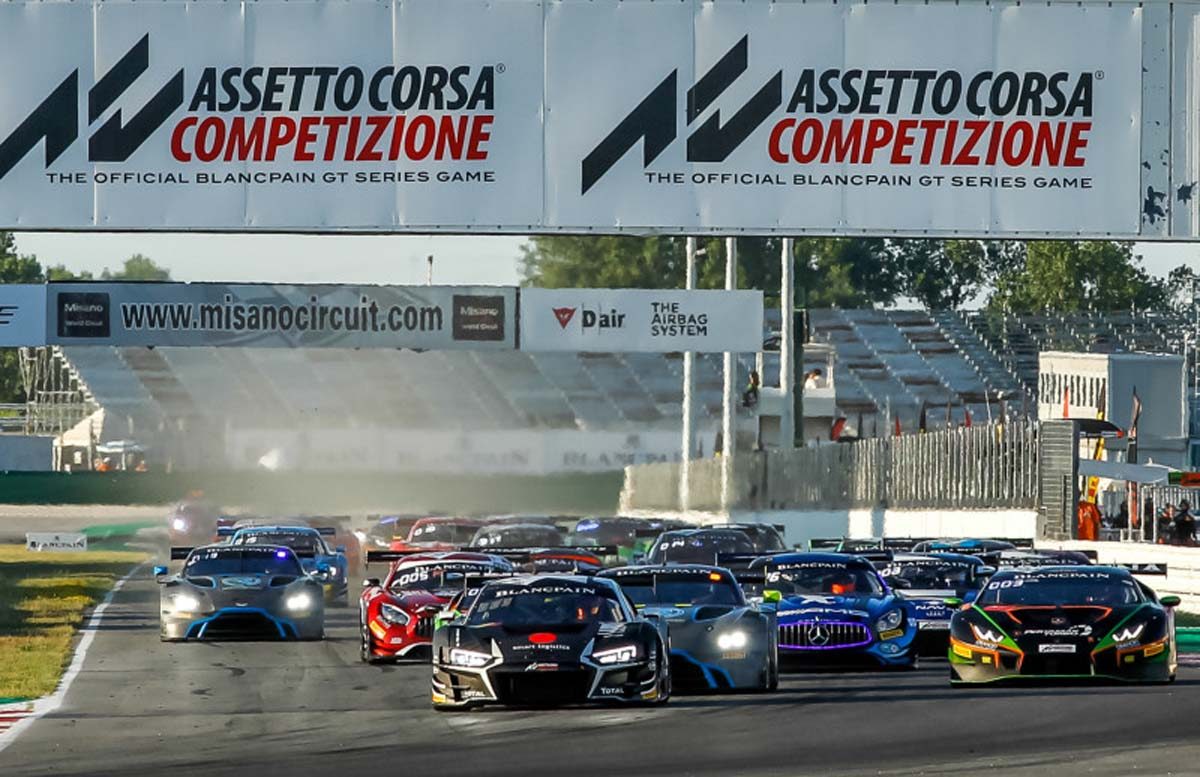 Pole-sitter Charles Weerts lost out to Caldarelli early in proceedings before the teenager spun off to trigger a Safety Car.

Caldarelli handed the car to Mapelli early in the pit window and was quickly challenged by Raffaele Marciello in a Mercedes-AMG GT3.

It remained that way to the flag, the Lamborghini squad heading Marciello and Vincent Abril in second, and the Black Falcon Mercedes-AMG GT3 of Luca Stolz and Maro Engel in third.

Shae Davies finished 14th overall and third in the Silver Cup with co-driver Tom Gamble, while Nick Foster was eighth in the Attempto Racing Audi R8 LMS he shares with Steijn Schothorst.

Weerts and Dries Vanthoor then went on to win the weekend’s second race, making the 18-year-old Weerts the youngest race winner in the series’ history.

The record had previously been held by co-driver Vanthoor, and stood since 2017.

The Audi pairing headed Caldarerlli and Mapelli to the line, while Simon Gachet and Christopher Haase finished third.

Foster and Schothorst were again eighth across the line, while Davies and Gamble were 11th overall and fifth of the Silver Cup runners classified.

A two-day test at Spa-Francorchamps starts on Tuesday ahead of the 24 Hours of Spa at the end of the month, while the next competitive outing at Zandvoort on July 12-14. 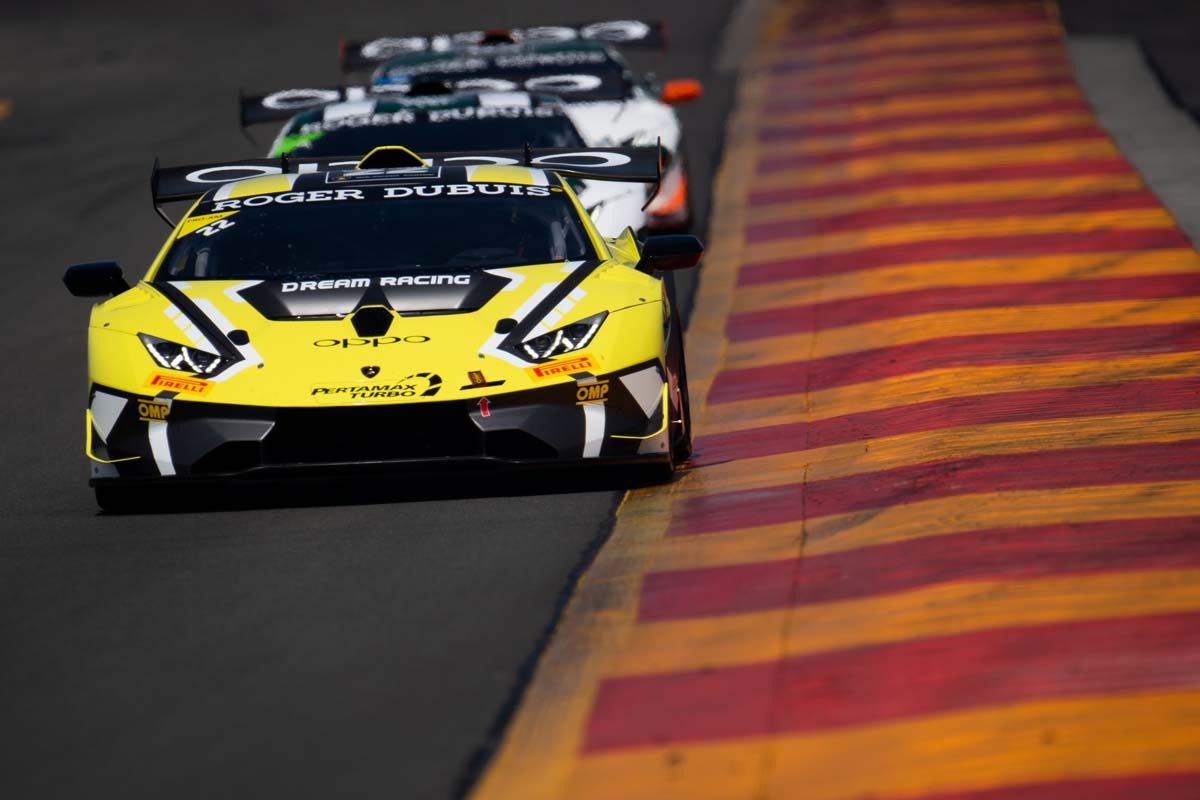 The Australian co-drove with Richard Hardwick over the weekend, the pair finishing ninth in both 50-minute races.

Corey Lewis and Richard Antinucci won both affairs by little more than three seconds at the head of the 19-car field.

The next round takes place at Road America on August 3-4, though Reed has not been confirmed for that event. 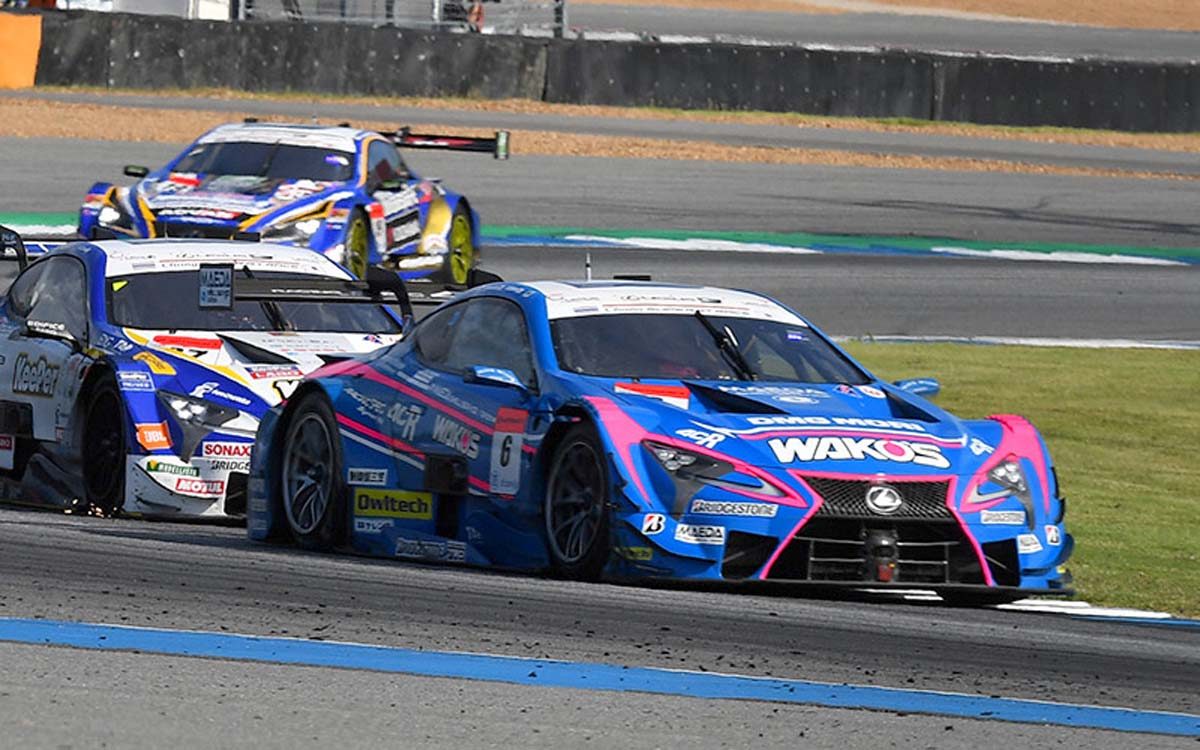 The LeMans Lexus of Kazuya Oshima and Kenta Yamashita

The LeMans Lexus team has ended a six year dry spell with victory at the Buriram round of the Super GT series.

The leading two were split by just over a second, while third placed Yuji Kunimoto and Sho Tsuboi held on to third by half a second, more than 10 seconds away from the front of the race.

Super GT heads to Fuji International Speedway near Tokyo for the fifth round of the season on August 3-4.