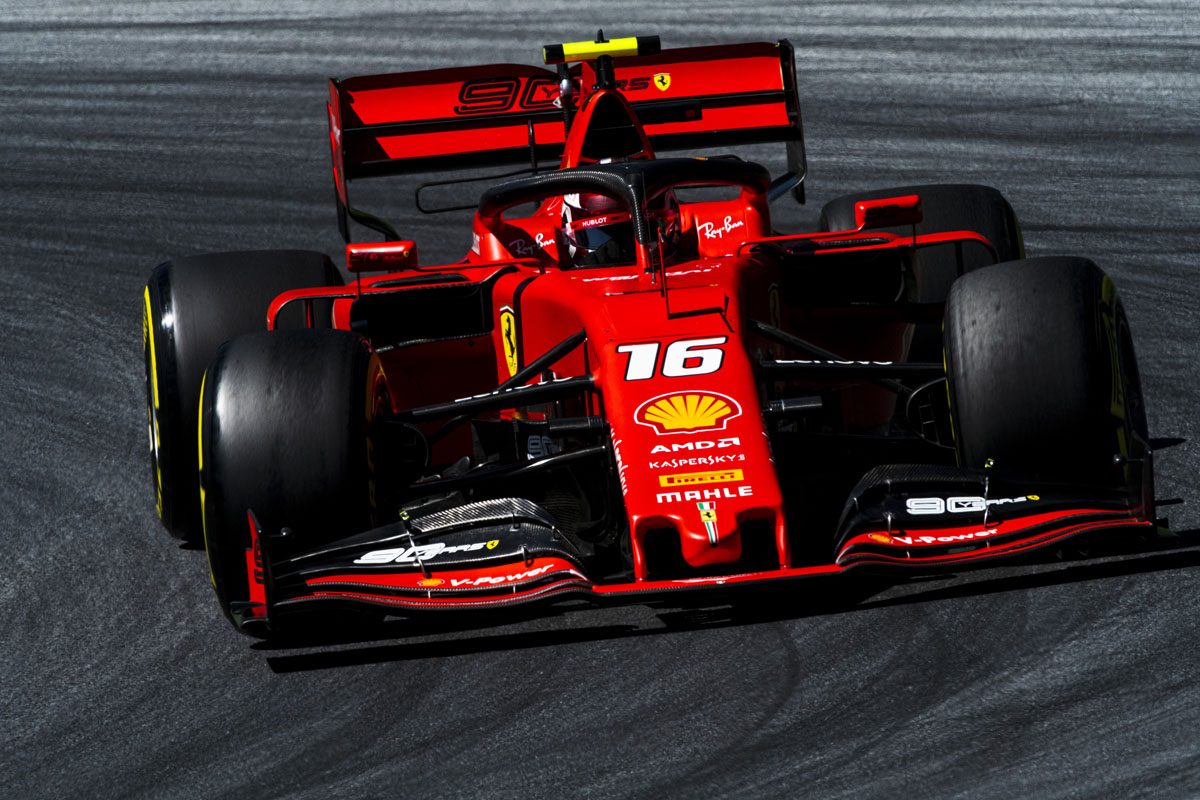 Ferrari boss Mattia Binotto says Formula 1 needs to ‘turn the page and to look ahead’ following the clash between Charles Leclerc and Max Verstappen during the Austrian Grand Prix.

Dicing over the lead in the closing laps, Leclerc and Verstappen engaged in a thrilling battle that ultimately resulted in the pair banging wheels at Turn 3.

Verstappen went on to win the race, though a post-race investigation meant the result was in doubt even as the drivers climbed into the podium.

Following the investigation, which included a lengthy deliberation, it was deemed that there was no action was required and Verstappen’s move on Leclerc was hard but fair.

It left Binotto disappointed, since he felt his driver had been forced off the road as Verstappen made the move for the lead.

“What’s Ferrari’s opinion and position – we still believe this is a wrong decision, that’s our own opinion, we believe that Charles left the entire space, he had no fault, a collision has happened and he has been pushed and forced off the track,” said Binotto.

“We believe these are clear rules, which we may appreciate or not, and these are exactly the same rules which have been applied in past races.”

Daniel Ricciardo picked up a penalty after he was judged to have forced Lando Norris off the track as they battled on the final lap of the preceding race.

Another incident in Canada saw Sebastian Vettel handed a late penalty that cost the German victory, with Ferrari in that instance opting to seek a review.

It was a matter that was only solved when F1 reached France last week with Vettel’s penalty remaining in place.

Despite his own frustrations, the Ferrari boss explained that his team would not appeal the decision and would instead accept the stewards’ ruling.

“We respect fully the decision of the stewards, they are the judge and we need to respect that,” Binotto explained.

“More than that I think that as a Ferrari fan, and I’m an ultimate Ferrari fan, I think it’s time for F1 to turn the page and to look ahead.

“As we often said, we should leave the drivers free to battle, so we may not be happy of the decision, we are not supporting the decision but somehow we understand the fact that we need to move forward.

“Overall I think that’s good for the sport and good for F1.

“We can appeal, we may somehow have intention of appeal tonight, and appeal later on,” he added, “but it’s our decision not to do it because we believe it’s good for the sport.”

Verstappen’s win ended Mercedes’ run of consecutive victories at 10, equalling its own best but falling one short of drawing level with McLaren for the all-time record for consecutive grands prix wins.

It was Verstappen’s second consecutive win in Austria, while for Leclerc it’s the second time in 2019 that he has seen his maiden victory slip through his fingers.