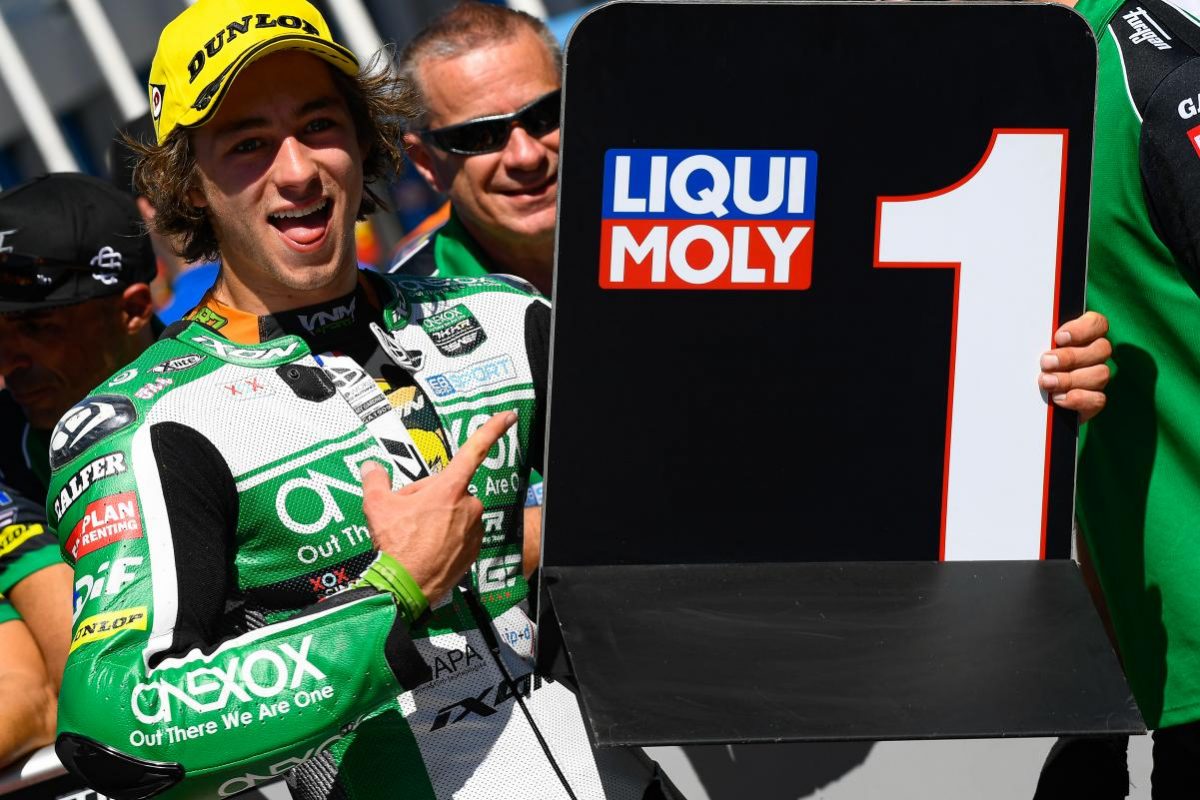 Remy Gardner is now a grand prix pole-sitter after qualifying fastest for the eighth Moto2 race of the season in Assen.

The Australian was almost six tenths up on the field after the three practice sessions, which determine the starting order for the two-part qualifying process which was introduced to the junior classes this year.

However, he faced a far sterner challenge come qualifying, first when Xavi Vierge put himself half a second faster than the rest on his Marc VDS Kalex.

Brad Binder then went and pipped the Spaniard by 0.034s with a 1:36.682s on his factory KTM while Gardner was back in 14th with just over a couple of minutes left to run.

With no further movements onto the front row, Gardner ended the session with a margin of 0.110s over Binder, while championship leader Alex Marquez is set to start fourth on the second of the Marc VDS entries.

It was threatened until the final seconds but @GardnerRemy takes his FIRST EVER Grand Prix pole position! 👏👏👏

He is PUMPED! 😂#DutchGP 🇳🇱 pic.twitter.com/cFsFpm1CDl

“Hopefully this is the first of many!” –@micksdoohan 💬 #MotoGP Legend had a chat with @GardnerRemy after taking his first ever GP pole! 💪

Can the Aussie take his maiden GP victory tomorrow at the #DutchGP? 🤔 pic.twitter.com/bSEfsbPzmB