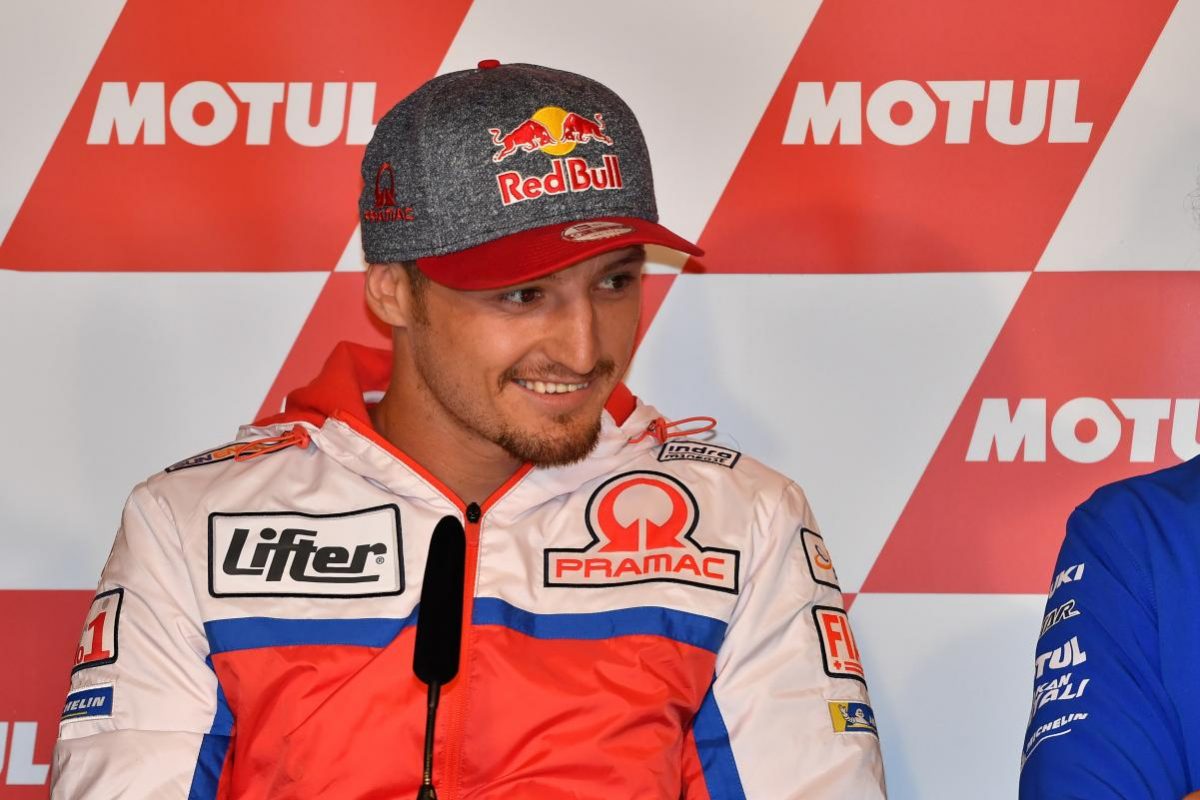 Jack Miller has stated that his new contract for the 2020 MotoGP season at Pramac Racing is all but signed.

The news had come to be widely expected, especially after Ducati sporting director Paolo Ciabatti advised that the Italian marque was set to offer Danilo Petrucci a new deal to stay at the factory team.

While no announcement has been forthcoming from any party, Miller’s latest comments effectively confirm that Pramac Racing will again comprise he and Francesco Bagnaia next year, while Mission Winnow Ducati will retain Petrucci alongside Andrea Dovizioso.

“Pretty much everything is done except putting pen to paper,” said the Queenslander.

“I think there are some meetings going on today (Thursday, at Assen).

“I mean, it looks like I’m staying here. I say that with a smile on my face because I’m happy, I’m really chuffed to be able to stay here for another year with the official bike.

“I think it’s going to be awesome news for Pramac as well. It looks like we should be having two factory bikes here, so it’s amazing news for the team and for both us riders.

“(Now) we’re just waiting to iron out the rest of the contract details.”

Those comments also confirm that both Miller and Bagnaia will ride Desmosedici GP20 bikes next year, which the latter was already contractually entitled to.

That means that the Bologna factory will have to provide current-year Ducatis for four riders rather than three, with Bagnaia on a GP18 in his rookie season, with Miller suggesting that updates will be allocated based on form.

“If we (Bagnaia, Miller) are both on the official bike, who gets the parts first is going to come down to who is the fastest,” he claimed.

Miller was 13th fastest across Friday’s two practice sessions at the Dutch TT, meaning that he has work to do in order to skip Qualifying 1 when that session begins tonight at 2210 AEST.

Repsol Honda’s Jorge Lorenzo is out for the remainder of this round and the next after fracturing two vertebrae in a nasty crash during Free Practice 1.