Lorenzo out of next two races with fractured vertebrae

Lorenzo out of next two races with fractured vertebrae 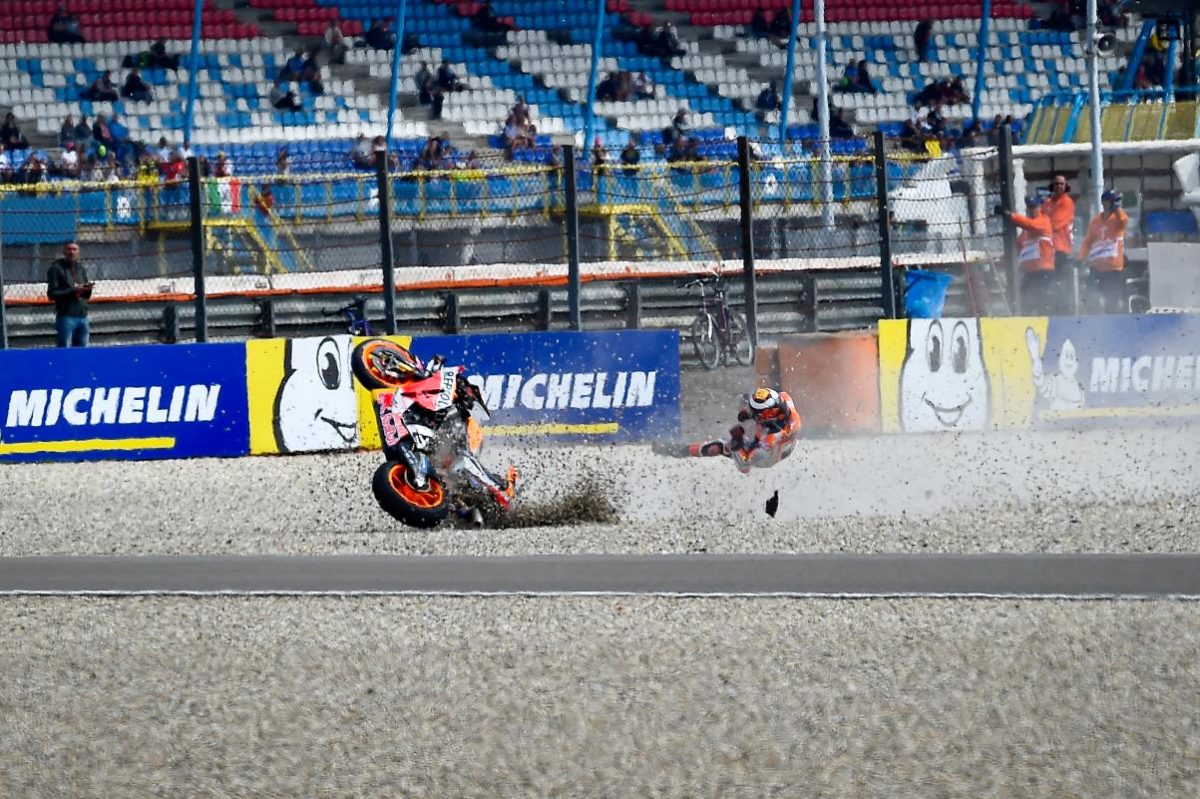 Jorge Lorenzo will miss the rest of this weekend’s Dutch TT and next weekend’s German MotoGP after fracturing vertebrae in a nasty practice crash.

Lorenzo went down when the front wheel of his Repsol Honda folded at Turn 7 during Free Practice 1 at Assen, sending him tumbling through the gravel trap.

The Spaniard walked away, despite a medical crew arriving with a stretcher, but was diagnosed with a fractured T6 vertebra at a local hospital.

Honda Racing Corporation has reported the injuries as a “stable fracture to the T6 vertebra” and also a “trabecular fracture in the T8 vertebra”, the latter of which was discovered by an MRI.

Team Manager Alberto Puig has advised that Lorenzo would not only miss the remainder of this weekend’s round, but also the next at the Sachsenring on July 5-7.

Puig explained that the effect of the Assen incident had been compounded by another crash at the Barcelona post-race test earlier this month.

“He had a crash also last week in Barcelona, and in that time he was really in pain, exactly in the same area as the place he has the pain today,” said Puig.

“So today with this crash, the thing really even got worse, and he was complaining about the same area.

“So they made some checking in the circuit, looked okay from the x-ray point of view, but we decided to bring him to hospital in Assen to make a more precise control of his vital organs, and they found out that he has a vertebra that is fractured, but fortunately from what the doctor said, it’s an area that is quite protected, so there was no affection of the nerve.

“He will skip Sachsenring but hopefully he will be back in Brno.”

Puig, who revealed that Lorenzo had still been experiencing pain from that Barcelona crash, suggested that his latest spill was caused by rider error.

“I think he went into the corner faster than normal, and he just crashed; these things happen,” he ventured.

“Normally a crash is a human error, mistake, for all of the guys who crash.”

Lorenzo will not be replaced at Assen, although test rider Stefan Bradl would be a likely stand-in for the Sachsenring.

MotoGP then goes into a summer break, before the Czech MotoGP at Brno on August 2-4.

Monster Energy Yamaha’s Maverick Viñales was fastest in Friday practice in The Netherlands, with another two practice sessions before qualifying from 2210 AEST tonight.