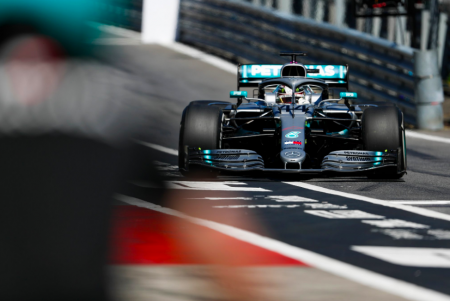 Championship leader Hamilton topped the opening 90 minute session at the Red Bull Ring as the Mercedes driver clocked a 1:04.838s effort, which would stand as the day’s benchmark.

Ferrari’s Sebastian Vettel had set the pace before the soft tyre shod Hamilton pipped the German by 0.144s.

Bottas ended the session third ahead of Charles Leclerc (Ferrari) as the top four were covered by 0.303s.

Leclerc would go on to improve his time to top a truncated Practice 2 which was red flagged twice due to incidents involving Verstappen and Bottas.

Bottas had set the pace early, leading Hamilton by a tenth as the pair circulated on medium compound tyres. 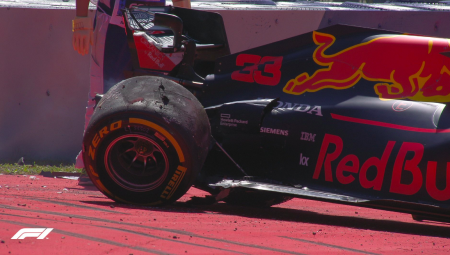 However, as the field prepared to undertake qualifying simulation runs on soft tyres, Verstappen found the tyre wall at the final corner, bringing out the red flags after 35 minutes.

The Dutchman lost the rear of his Red Bull before backing into the barriers at speed causing signifaicnt damage to his car.

Verstappen, who blamed the incident on the windy conditions at the circuit, climbed from the car unscathed and returned to the garage.

It wasn’t long before the red flags appeared again once the action resumed.

While on a qualifying simulation run Bottas, who was up on his team-mate Hamilton, had a moment and ran wide at Turn 6.

As he attempted to wrestle the car back his Mercedes snapped to the right sending the Finn head on into the barriers, damaging the front of his car. 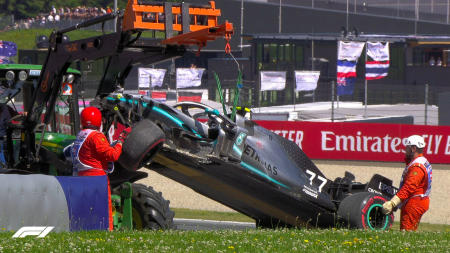 The incidents continued after the second restart as Vettel spun at the final corner and stopped just short of the barriers.

His team-mate Leclerc was forced to back off but his time on soft rubber was good enough to move to the top of the times for the session.

Despite crashing out, Bottas ended the hit out in second spot while Verstappen was ninth, although fifth fastest for the day ahead of team-mate Pierre Gasly.

McLaren’s Carlos Sainz, who will start Sunday’s race from the rear of the grid after a complete Renault engine change, was seventh overall ahead of Renault’s Daniel Ricciardo, the pair set their best times in Practice 1.

Qualifying for the Austrian Grand Prix will take place today at 2300 AEST.