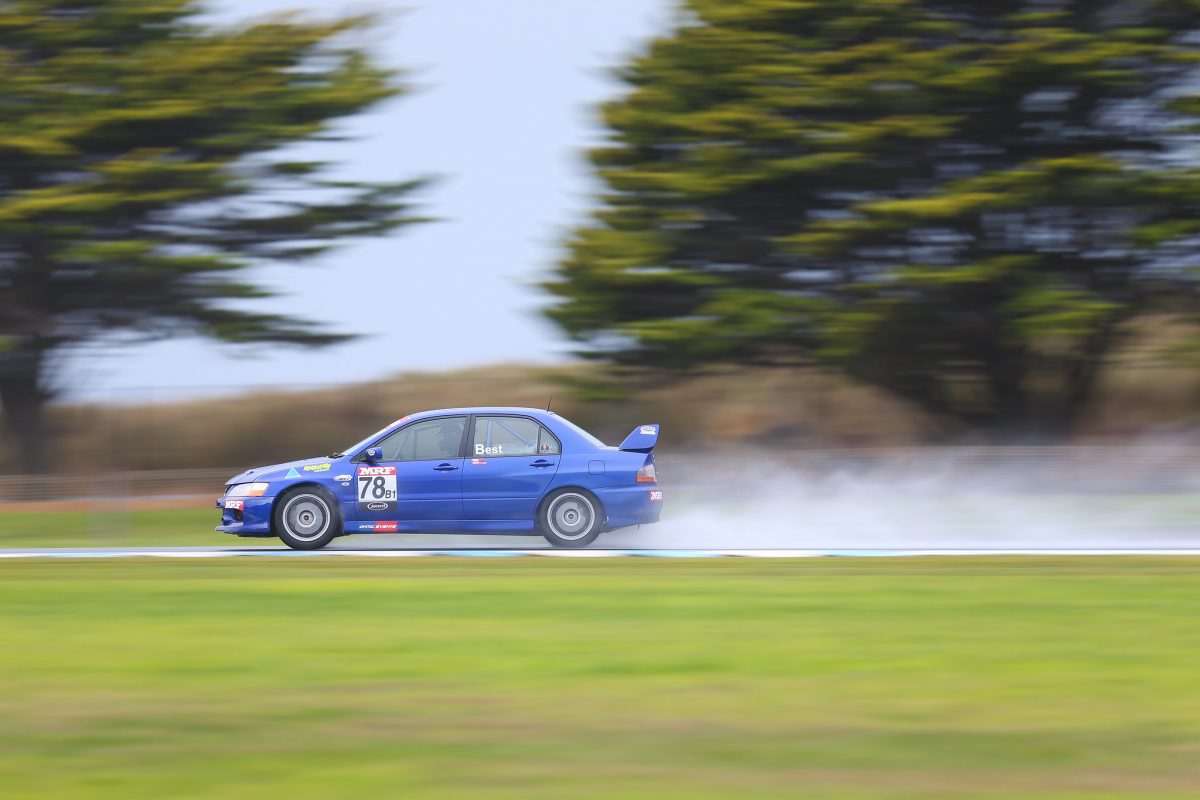 Ellexandra and Zak Best have been classified winners of Race 1 in MRF Tyres Australian Production Cars at Phillip Island due to a penalty for the leading car.

The Dimitri Agathos/Matthew Boylan Subaru WRX was first to the chequered flag but was issued a two-lap penalty for failure to correctly complete their compulsory pit stop.

As such, the Lancer Evo of Best/Best inherited the Class B1 and outright victory in the Phillip Island 600 opener, having led for the majority of the 59 laps which they completed.

Zak started in Car #78 and leaped from third to first in rainy conditions on Lap 1, before getting 44 seconds ahead of the field by the time he handed over to his sister.

Their official margin of victory was just shy of 35 seconds, with Iain Salteri/Cem Yucel topping Class C1 in second outright in their Volkswagen Golf R.

Anthony Soole and Andrew Fisher completed the outright podium and claimed Class A1 in their BMW M4, despite a stall at the start.

Agathos/Boylan ended up sixth outright and second in Class B1 after their penalty, while seventh went to the Grant Sherrin/Iain Sherrin BMW M4 (Class A1) which was plagued by gremlins through the race.

Round 2 of Australian Production Cars concludes with another 300km race tomorrow.