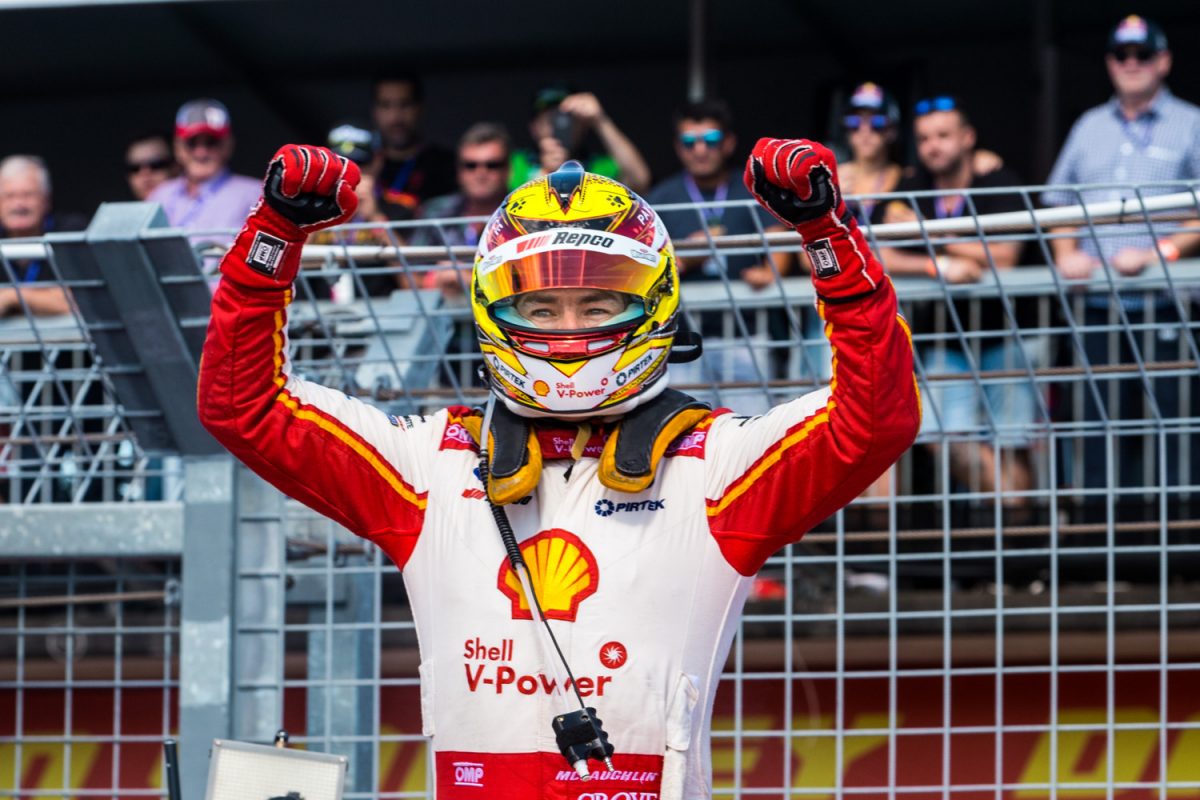 Scott McLaughlin has revealed a desire to contest the Indianapolis 500 while admitting that he hasn’t shut the door on driving in any other categories in the future.

The Shell V-Power Racing driver has openly discussed his goals of one day competing in NASCAR and has been tipped to head to the US to race once he has completed his ambitions in Supercars, that include winning the Supercheap Auto Bathurst 1000.

However, speaking in this week’s Balls and Bumpers podcast, the 2018 Supercars champion discussed his interest in racing in IndyCar.

McLaughlin’s open wheel experience is limited, having elected to focus on a career in touring cars that saw the Kiwi race in Mini Challenge, V8 SuperTourers and the Super2 on his way to Supercars.

The 26-year-old did however score a win in the 2010 Victorian Formula Ford championship after contesting three races in the series.

While McLaughlin’s US racing plans with Team Penske are yet to come to fruition, he admits he would ‘love to have a crack’ at the Indy 500.

Team Penske runs successful teams in both IndyCar and NASCAR with the squad recording its 18th Indy 500 victory in May with Simon Pagenaud.

“It is hard to think about that now (racing in IndyCar). I will drive anything, I’d love to,” said McLaughlin.

“I think the NASCAR thing has always been a consistent feeling with everyone thinking that I would just go there because it has a roof probably.

“But IndyCar certainly I have always been interested in that racing and always watched it and I would love to have a crack at the Indy 500, that has always been a dream of mine too but who knows what will happen.

“I know if I keep doing the job here we will be not too bad.

“I haven’t shut the door on anything it is really just up to the opportunities that come my way.”

McLaughlin’s immediate future in Supercars has been a topic of discussion with suggestions the New Zealander could leave Australia at the end of the season should he win this year’s Bathurst 1000.

However, another season in Supercars seems most likely with DJR Team Penske expected to lock in its 2020 driver line-up at by the end of the month.

Asked about the prospect of leaving for the US, McLaughlin added: “I’m fully invested in his team and what we are doing but if the opportunity did persist or whatever then you know it is hard to say no to that.

“It is up to what America thinks. I have been saying that if you keep doing the job the opportunities will come up.

“Hopefully in October we have got Bathurst and then maybe it might make the decision a lot easier.”

McLaughlin currently holds a sizeable 319 point lead in the championship having won 12 of the 16 races to date.

The championship continues next week at the Watpac Townsville 400.