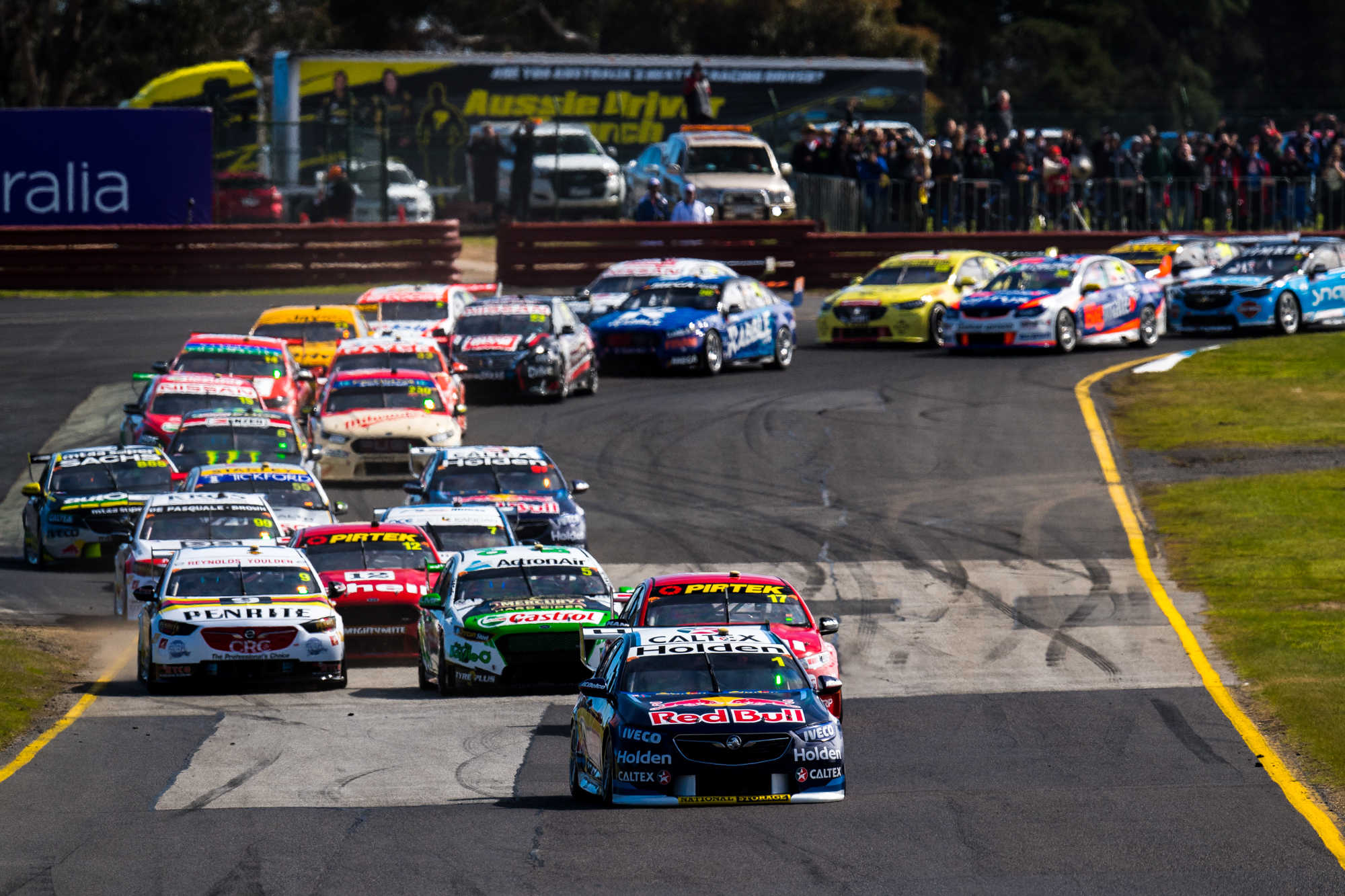 The start of the 2018 Rabble.Club Sandown 500 pic: Daniel Kalisz

Supercars action from the Saturday of this year’s Penrite Oil Sandown 500 will no longer be shown live on free-to-air television, Speedcafe.com has learned.

Network 10 was set to broadcast the two Race for the Grid sprint races at Sandown Motor Raceway live as part of its deal to simulcast seven Supercars events with Fox Sports.

However, a decision to add May’s Pirtek Perth SuperNight on top of its already scheduled live event coverage means it will scale back its broadcast from the Sandown 500, which will host the final round of the Pirtek Enduro Cup.

Network 10 will continue to show the 500km race on Sunday live, but is set to only televise a highlights package from the Saturday action that will decide the grid for the final enduro of the season.

Speedcafe.com understands that the television network’s commitment to broadcast the Melbourne Cup and subsequent racing carnival, including the Stakes Day on Saturday, November 9, has contributed to the decision.

The Sandown 500 will this year take place in a new November 8-10 date slot having swapped positions with New Zealand’s ITM Auckland SuperSprint.