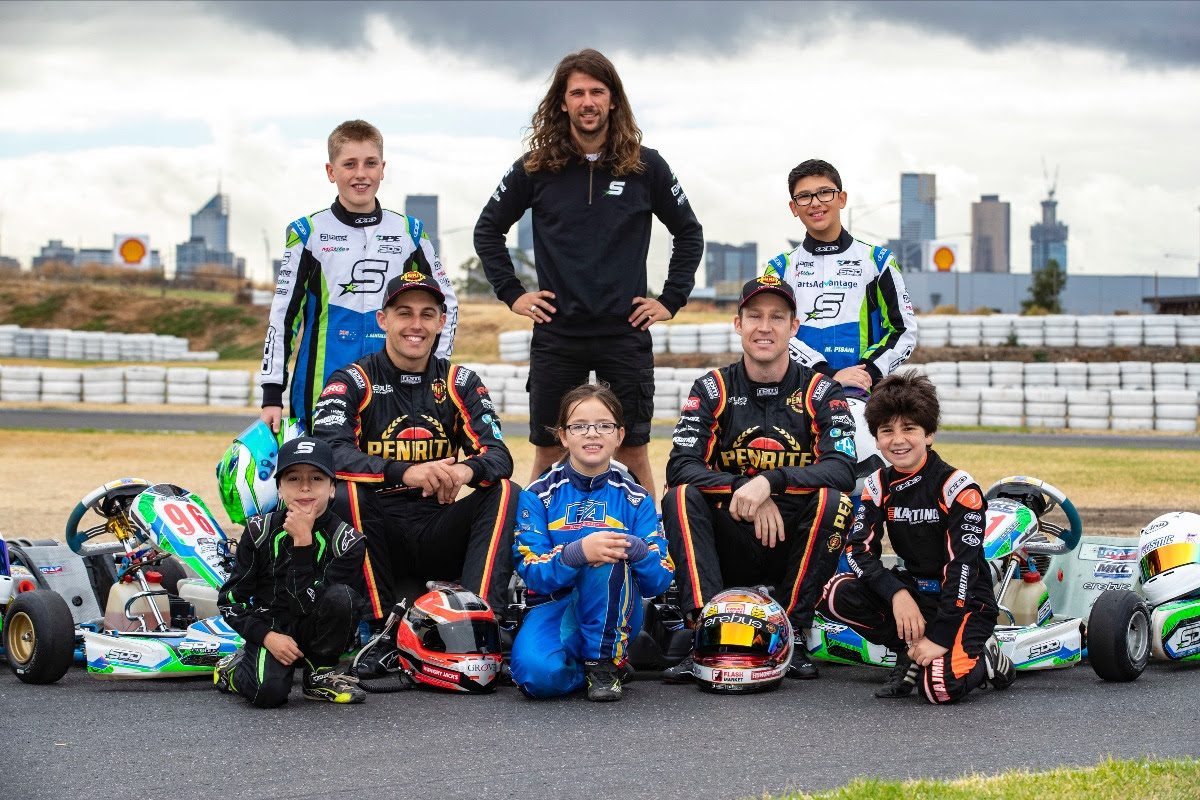 The Erebus Academy and Sera Driver Development have launched their Karts to Cars initiative.

Six students this week visited the Erebus team’s base in Melbourne, where they spent time on the squad’s simulator.

“We wanted to help this transition by utilising our simulator, experienced staff and professional drivers, as well as Paul Morris and Norwell Motorplex’s driver training centre.”

“The time on the simulator allowed us to gauge their understanding of driving a car and their reactions to situations in a controlled environment before they take on the real-world,” De Pasquale said.

“It gives us a better indication of where they are at and covers off some basics before we hit the track.”

Next month participants will take in a two-day session at Norwell Motorplex on the Gold Coast, where they’ll get behind the wheel to further develop their skills.

“We want to provide them an understanding of what they need to do to drive the car properly and why they are doing it,” explained Ryan.

“Understanding why you do what you do and when to do it is what makes the best drivers better than average ones.”

On top of the simulator and hands on training they receive, participants will also receive additional education and mentoring.

“We aim to help shape these and other young drivers career paths and also help their support groups by providing advice utilising the many years of experience we have within our group,” said Ryan.

“This is just the start and we hope to continue with advanced programs beyond this which we will launch in the future.”