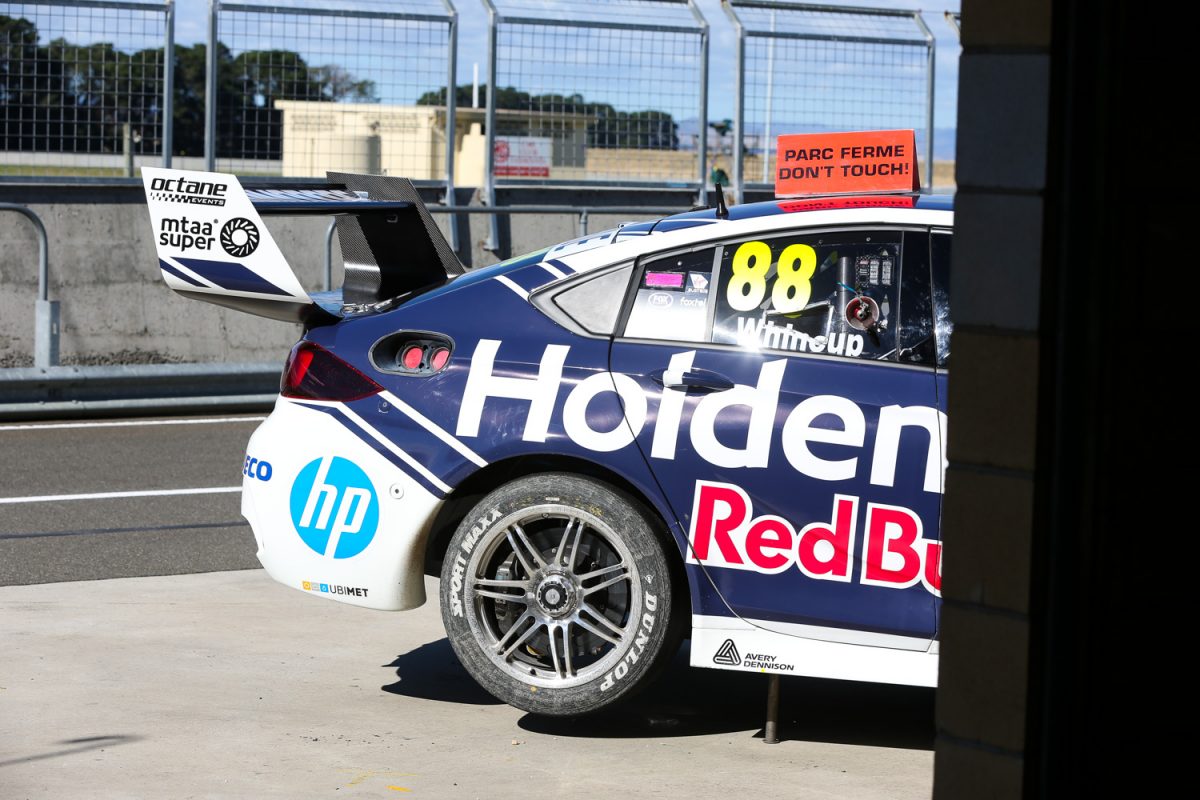 Supercars has confirmed that pre-race parc ferme will apply at next month’s Ipswich SuperSprint, with tyres to be included in the procedure and Super2 to have its own version.

Parc ferme between Armor All Qualifying and the following race was first trialled for both races at Symmons Plains in April, where teams were only allowed to conduct minor work on cars during such time.

While there had been some calls to prohibit refuelling between qualifying and racing, cars will instead have to race on the same tyres as they ended qualifying on.

The Queensland Raceway Championship supplementary regulations state that, “Wheels may be loosened; however, all four (4) wheels must remain on the Car at the completion of the Cars last qualifying run.”

As such, tyres cannot even be swapped from one corner to another, which might also have provided a slight benefit in optimisation of tyre life.

“At the start of the year we agreed to do Tasmania and QR for the main series and after debriefing Tassie, we’ve elected to trial it in Super2 for one event as well.

“Adding tyres to the mix (for the Championship) is not a big deal, but it’s an extension of the ‘what you’ve got is what you’ll race with’ formula.

“At the Commission we discussed doing the same thing with fuel as well, but we weren’t comfortable that we could do that without impacting some more than others.”

As previously reported, Supercars has also moved to restrict data collection from pit stops in a bid to reduce costs, which takes effect from the next event in Townsville.

5.13.2 At this Event, Parc Fermé conditions are imposed on all classified Cars from the completion of qualifying until the commencement of the formation lap of the corresponding race, delete Rule D13.5.1 in its entirety and replace with the following:

D13.5.1 Unless otherwise authorised by the HoM, Teams are only permitted to undertake the following while any Car is in Pit Lane under Parc Fermé:

D13.5.1.1 Check Control Tyres pressures;
D13.5.1.2 Wheels may be loosened; however, all four (4) wheels must remain on the Car at the completion of the Cars last qualifying run;
D13.5.1.3 Rotate the wheels;
D13.5.1.4 Install cool suit loop lines and remove dry ice;
D13.5.1.5 Position cooling fans in the radiator and/or brake duct intakes in the front bumper bar;
D13.5.1.6 Connect auxiliary power pack;
D13.5.1.7 One crew member is permitted to download the Data Logger;
D13.5.1.8 Within 20 minutes of the Session being complete, data from the fastest lap and the last outing from the Session must be uploaded to a network location specified by the MoM:

D13.5.2 Unless otherwise authorised by the HoM, Teams are only permitted to undertake the following while any Car is in their garage under Parc Fermé:

D13.5.3 Unless otherwise authorised by the HoM, Teams are only permitted to undertake the following during pre-race activities under Parc Fermé: