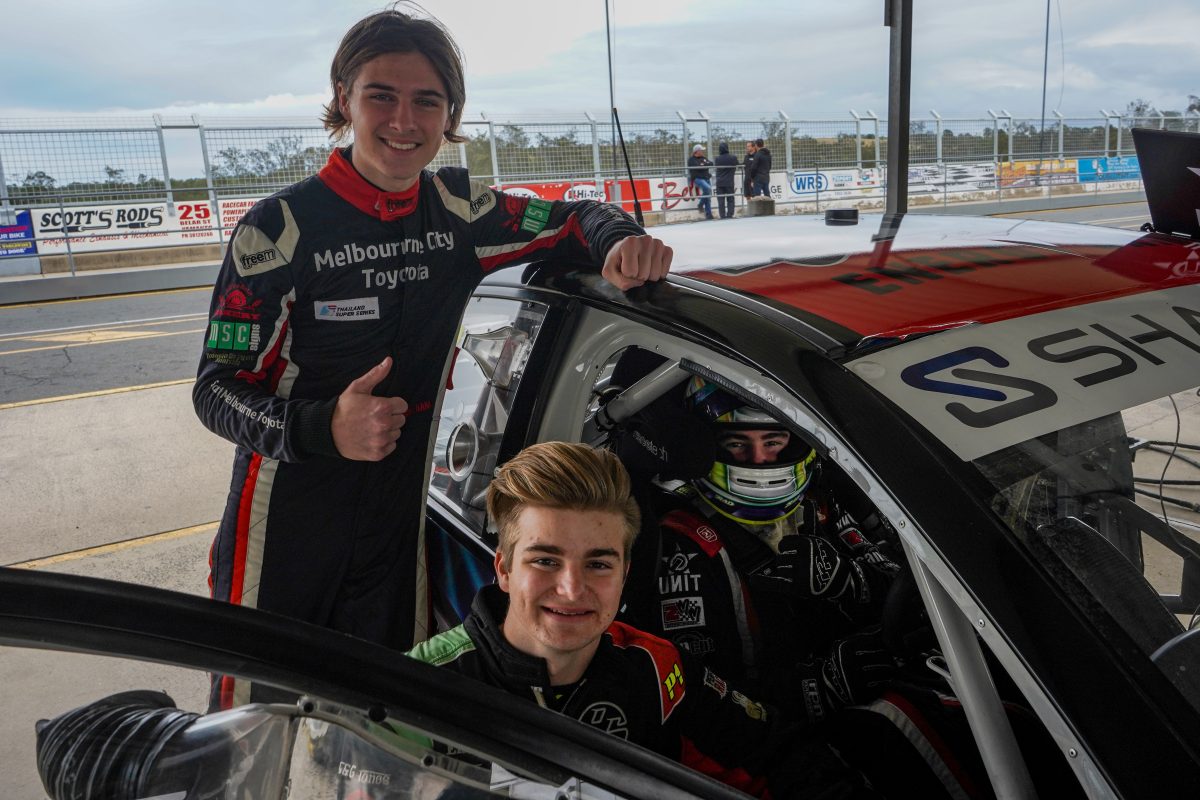 The three youngsters, who are all from the Push Talent Management stable which also manages Erebus Motorsport drivers David Reynolds and Anton De Pasquale, are with MSR at Queensland Raceway.

“I’m currently in my second year of Toyota 86 – so I’m evaluating the next step in my career,” said Morse.

Robotham, another current Toyota 86 Racing Series driver, also has experience in somewhat similar machinery to a Supercar given that his other regular ride is in TA2 Asia, in which he was a recent race winner in Thailand.

“Stepping into TA2 Asia this year was made easier after testing there last year with David Reynolds,” he said.

“So I’m looking forward to comparing the TA2 machinery with what a Supercar feels like.”

”Testing with MSR at Queensland Raceway is perfect for me because it’s my home track,” he noted.

“I’ve never driven anything as powerful before, but I’m sure having Ash and the MSR crew will help me get my head around it. I can’t wait.”

MSR won the 2017 Dunlop Super2 Series with Todd Hazelwood, and both team and driver moved into the Virgin Australia Supercars Championship in the following season.

Its Super2 squad currently comprises two Triple Eight-built VF Commodores and an ex-DJR Team Penske FGX Falcon, with Ash Walsh winning a race in a Holden last time out at the Pirtek Perth SuperNight, while Joel Heinrich is in his debut Supercar season in the Ford.

Abbie Eaton drove the other Commodore in Round 1 in Adelaide, although that car did not make the trip across the Nullarbor.