New grandstand for The Bend

New grandstand for The Bend 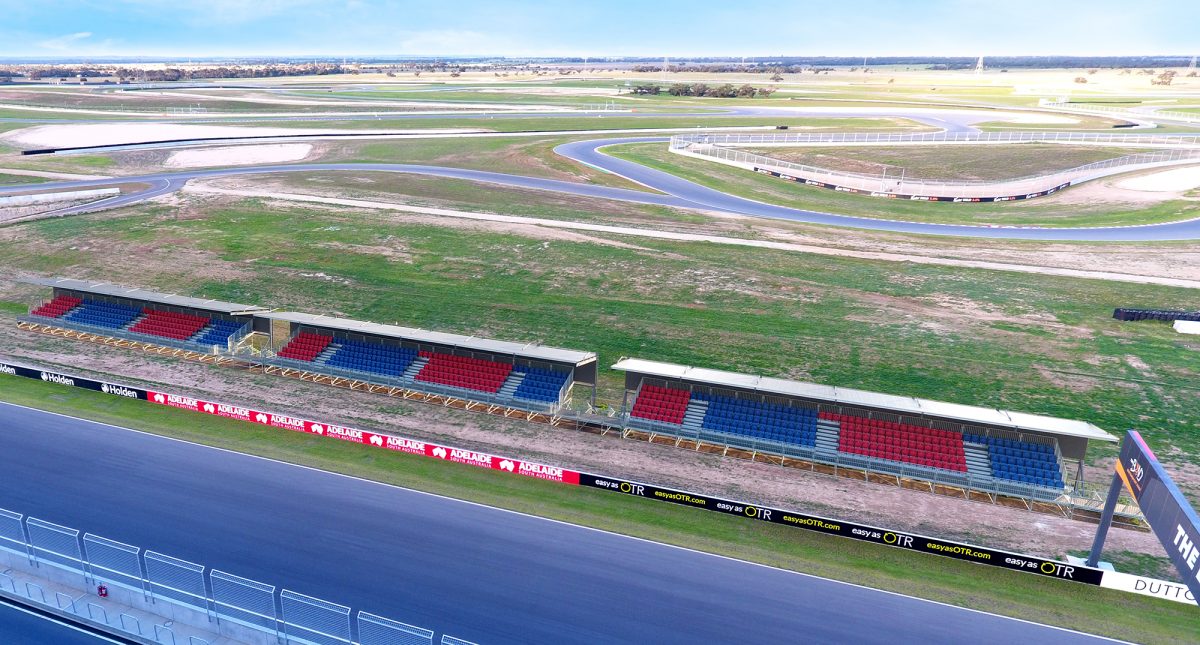 The Bend Motorsport Park will undergo a range of improvements including a new covered permanent grandstand and better site access ahead of August’s OTR SuperSprint.

Preparations for Supercars’ second visit to the South Australian circuit are in full swing with the circuit working on several developments to improve the experience for fans.

A new 750 seat covered grandstand to be located alongside the pit straight is under construction with the project set to be completed before the August 23-25 event.

The circuit has also moved to address the access issues to the venue which resulted in delays entering and leaving the site during last year’s inaugural Supercars meeting.

Additional exits will be put in place with provisions for an additional temporary lane on the Dukes Highway into Tailem Bend to ease congestion.

Meanwhile, fans are encouraged to attend a street party in Tailem Bend on Thursday evening to kick off the event week.

“We received a lot of fantastic feedback from people who attended the inaugural event, and we have been working hard to make sure that year two is even bigger and better,” said managing director at The Bend, Sam Shahin.

“The venue is constantly evolving, and we are looking forward to providing another first class experience for visitors.”

The Bend will once again host a SuperSprint event this year although the circuit is tipped to host a round of the Pirtek Enduro Cup next year.

Meanwhile, Jamie Whincup will again pair with Yasser Shahin in a Mercedes-AMG GT3 in the next round of the Australian GT Championship, at The Bend on July 12-14.